Evanescence Release “Better Without You” Video

Evanescence is out today with the video for “Better Without You,” the latest single from their new album ‘The Bitter Truth,’ out now on BMG.

Watch the video for “Better Without You,” which will premiere live on YouTube at 3pm ET today, 4/16, HERE.

A kiss-off to the naysayers and the cheats in the rearview mirror, “Better Without You” explodes with the “metal catharsis” that runs through ‘The Bitter Truth’ (LA Times). The video was directed by film-maker Eric D. Howell (Ana’s Playground, Voice From The Stone) who also directed the video for Evanescence’s previous video for “Use My Voice.”

Evanescence is also announcing their next livestream event, “Driven to Perform Livestream Concert,” slated for May 13th. Presented by Cooper Tire and hosted by Alice Cooper, the free concert stream will include several songs from ‘The Bitter Truth’ performed live for the first time.

Fans can tune in at 8pm CT on May 13th via DrivenToPerformConcert.com or through Evanescence’s Facebook page (https://www.facebook.com/Evanescence).

Check out the band performing on Jimmy Kimmel Live! to get a taste HERE.

Since its release on March 26th, ‘The Bitter Truth’ has risen to the top of the Rock and Alternative charts, hit #1 on iTunes in 22 countries, and garnered widespread critical acclaim.

Purchase or stream the album HERE. 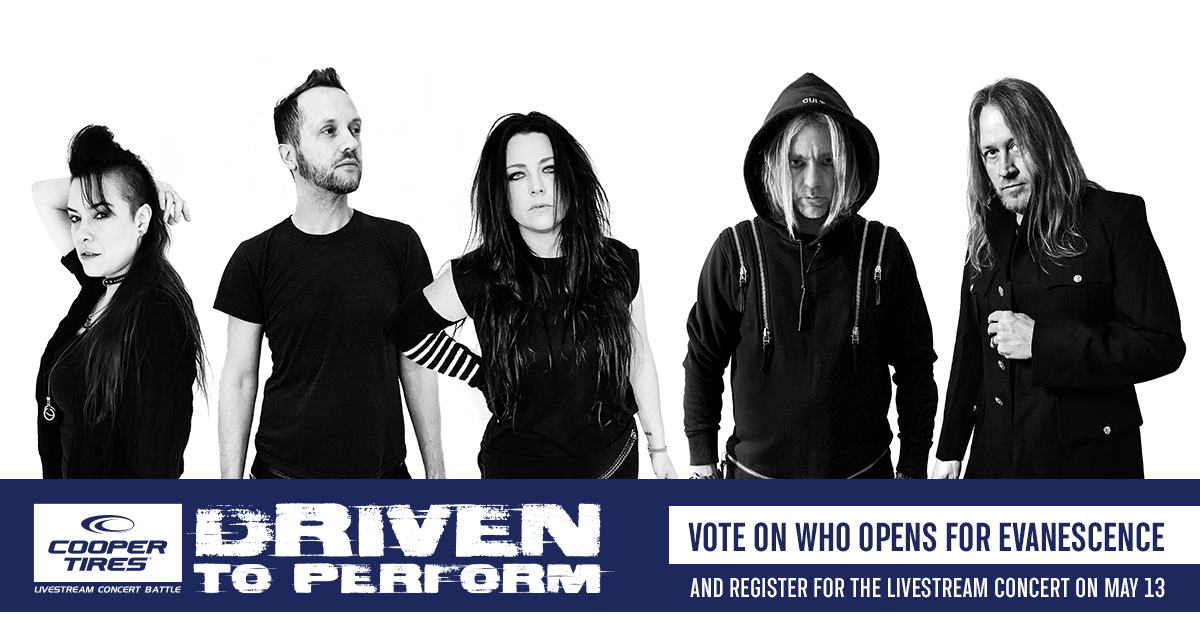 Critical Acclaim for The Bitter Truth and Evanescence:

Entertainment Weekly: “Lee’s voice has never sounded rawer or more passionate than it does on The Bitter Truth”

SPIN Magazine: “Evanescence are stronger and louder than ever”