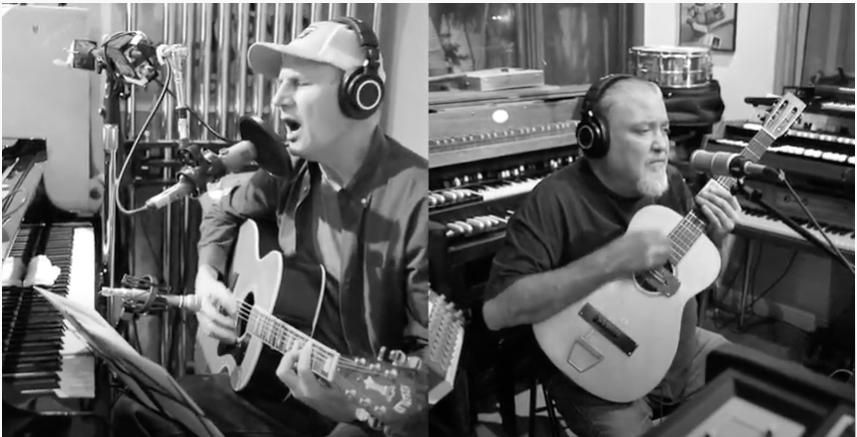 Jim Keller has shared "Find My Shadow," a brand new song and video from his upcoming album By No Means (February 12). While each song on the new album features Los Lobos frontman David Hidalgo on guitar, this new offering is particularly special for the legend's work accentuating Keller's rich bass notes on vocal duties. The pair are joined on "Find My Shadow," and throughout the new album, by the top-notch rhythm section of Michael Urbano (Todd Rundgren, John Hiatt) and Bob Glaub (Jackson Browne, Warren Zevon), as well as by producer Mitchell Froom (Randy Newman, Crowded House) - who also hosted the recording sessions in his Los Angeles home studio as seen in the accompanying "Find My Shadow" visual. Keller adds: "what I love about the song is the melody is upbeat and happy, like a Roger Miller tune, but the lyrics are really about being lost."

Listen to "Find My Shadow" and watch the in-studio visual via American Songwriter: https://americansongwriter.com/jim-keller-of-tommy-tutone-fame-debuts-new-single-with-david-hidalgo/

“Keller has a knack for making seemingly simple lines sink a little deeper, especially when you add them all up in connection with the world-weary gravitas of his rumbling voice.... but it's Keller’s songwriting, wry and understated, yet always gently stirring, holds center court.” - American Songwriter

By No Means marks the next chapter in one of music’s most unusual careers. In addition to his lauded solo work, Keller penned the smash hit “867-5309 / Jenny” as a member of Tommy Tutone in the 80s and has served as Philip Glass’ manager over many of the intervening years. His songs have earned high praise from Tom Waits, who noted they “make me feel like I have big plans, no worries and all my hair.” Keller also counts Nels Cline and Marc Ribot as supporters and collaborators, and they are among over two dozen musicians who’ve re-worked “Don’t Get Me Started,” another track from By No Means, over the past year. Check out all those performances here: https://www.jimkellermusic.com/dont-get-me-started-video-project/