This Spring, Kesha will unleash The High Road Tour on 26 cities across North America. Including stops in NYC, LA, Boston, Chicago, DC, San Francisco and more, The High Road Tour will showcase Kesha at her quintessential best: vibrant, rowdy, heartfelt, and badass.

The tour will include Big Freedia as support and will follow the Jan. 31st release of Kesha’s highly-anticipated forthcoming album ‘High Road’ (Kemosabe/RCA Records), and will include a decade’s worth of iconic hits, from “TiK ToK” and “Your Love Is My Drug” through “Praying” and up to a selection of destined-to-be favorites from the new LP.

A fan presale starts Wed, Jan 8 and tickets go on sale to the general public on Fri, Jan 10. To see the full list of tour dates and get tickets, visit www.bitchimblessed.com. Every ticket purchased online includes a CD copy of ‘High Road’ (max 4 per household).

From Kesha: "While shaking my ass at the stroke of midnight, ringing in the new year, new decade, with my new album coming this month, I thought to myself, ‘Damn. I think the best medicine for happiness and having a beautiful life is to celebrate it while I have it, with the people I love most. And ummm…shake my ass. As often as possible.’ So…this is my HIGH ROAD TOUR announce!!! If you wanna come shake ur body and hear the new jams LIVE, this is the place to do it! And, on the HIGH ROAD TOUR, you will have not 1, but 2 grand supreme expert body movers - BIG FREEDIA and YOURS TRULY - ME!!!!! Come see us on tour this Spring!!!!!!"

‘High Road’ has already been praised as “shaping up to be her most eclectic album to date” (Idolator). The raucous church choir-backed lead single “Raising Hell” (Big Freedia) was called “a gift from the heavens” (Bustle) that “preaches the gospel of partying” (Rolling Stone), kicking off a new musical era which captures both the wild spirit of her legendary party anthems and the heart of her GRAMMY-nominated 2017 ‘Rainbow’ album.

Following “Raising Hell”, Kesha dropped pre-release tracks “My Own Dance” – an irreverently brilliant ode to embracing all the facets of yourself -- and “Resentment” (feat. Sturgill Simpson, Brian Wilson & Wrabel) – a devastating country-tinged collaboration that tracks a relationship’s toxic unraveling -- providing fans a snapshot of the eclectic nature of the album.

You can watch the album trailer for ‘High Road’ HERE which Paper Mag called “a tasty conceptual salad that you're gonna eat right up.”

It’s been an incredible two years since Kesha returned to the charts in 2017 with her critically acclaimed #1 album 'Rainbow’ which earned the singer/songwriter her first GRAMMY nominations and was called "an artistic feat" by Entertainment Weekly and "the best music of her career" by Rolling Stone.

The singer/songwriter was also named one of Time Magazine's Time 100, she released a behind-the-scenes Webby-winning documentary 'Rainbow - The Film' on Apple Music, performed “Praying” at the 2018 GRAMMYs which Vanity Fair called “the night’s most powerful performance”, set sail on her own festival cruise (“Kesha’s Weird & Wonderful Rainbow Ride”), headlined Dan Reynolds’ LoveLoud Festival, collaborated with Macklemore (“Good Old Days”) and The Struts (“Body Talks”), and contributed to the soundtracks for On the Basis of Sex (“Here Comes The Change”) and The Angry Birds Movie 2 (“Best Day”).

Kesha has sold more than 14 million total album equivalents worldwide, has approximately 6.9 billion audio streams and 1.7 billion video streams worldwide, and has had 9 Top 10 hits on The Billboard Hot 100, including four #1 singles at Top 40 Radio - "TiK ToK," "Your Love Is My Drug," "Die Young," and "Timber."

Known as the Queen of Bounce music, Big Freedia is New Orleans-based hip-hop artist and worldwide ambassador of bounce music. After a series of cult hit singles during the mid 2000’s, she was tapped for a reality show, ​Big Freedia Bounces Back​ on Fuse TV. The docuseries followed the life of a choirboy turned bounce rapper and remains the highest rated original series on the network.

It was only a matter of time until Big Freedia caught the attention of iconic artists including Beyoncé and Drake. She was featured on both Beyoncé’s Grammy-winning single, “Formation” and Drake’s “Nice For What.”

Big Freedia released the critically acclaimed album, ‘3rd Ward Bounce’ (which featured Lizzo among others) on Asylum Records in 2018. In the summer of 2019, the Queen of Bounce debuted her limited run ice cream flavor ‘Big Freedia’s Bouncin’ Beignets’ with the ice cream giant Ben & Jerry’s. She graced the cover of ​Billboard Magazine​, and was invited by​ Vogue Magazine​ to be the official host of the Iive Instagram stream for the Met Gala.

Big Freedia’s latest single “Louder” from her forthcoming project dropped in November. She is also the author of the critically acclaimed memoir, ​“Big Freedia: God Save the Queen Diva!”​ on Gallery Books/Simon & Schuster. 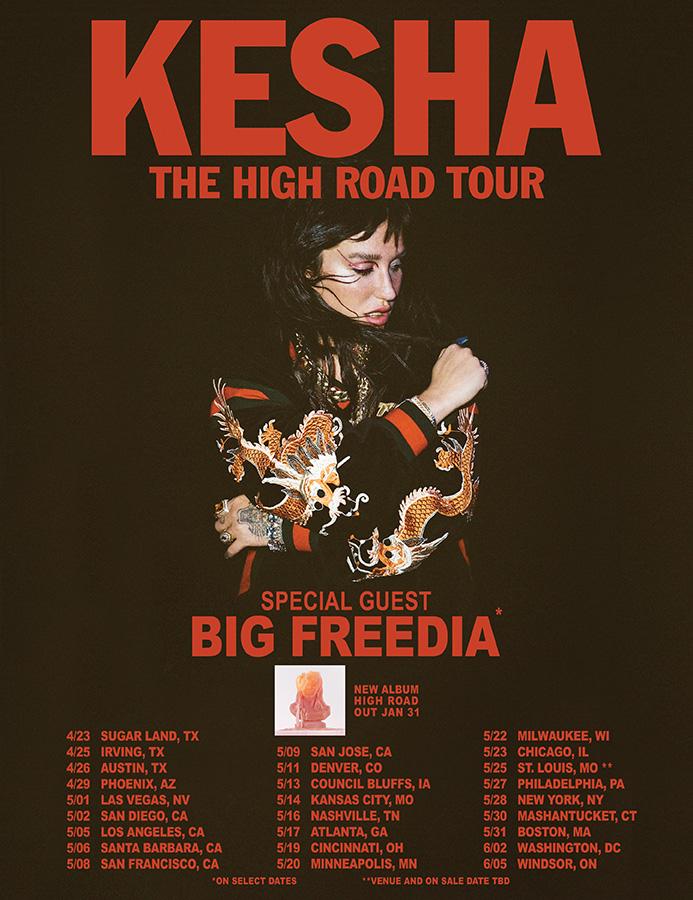