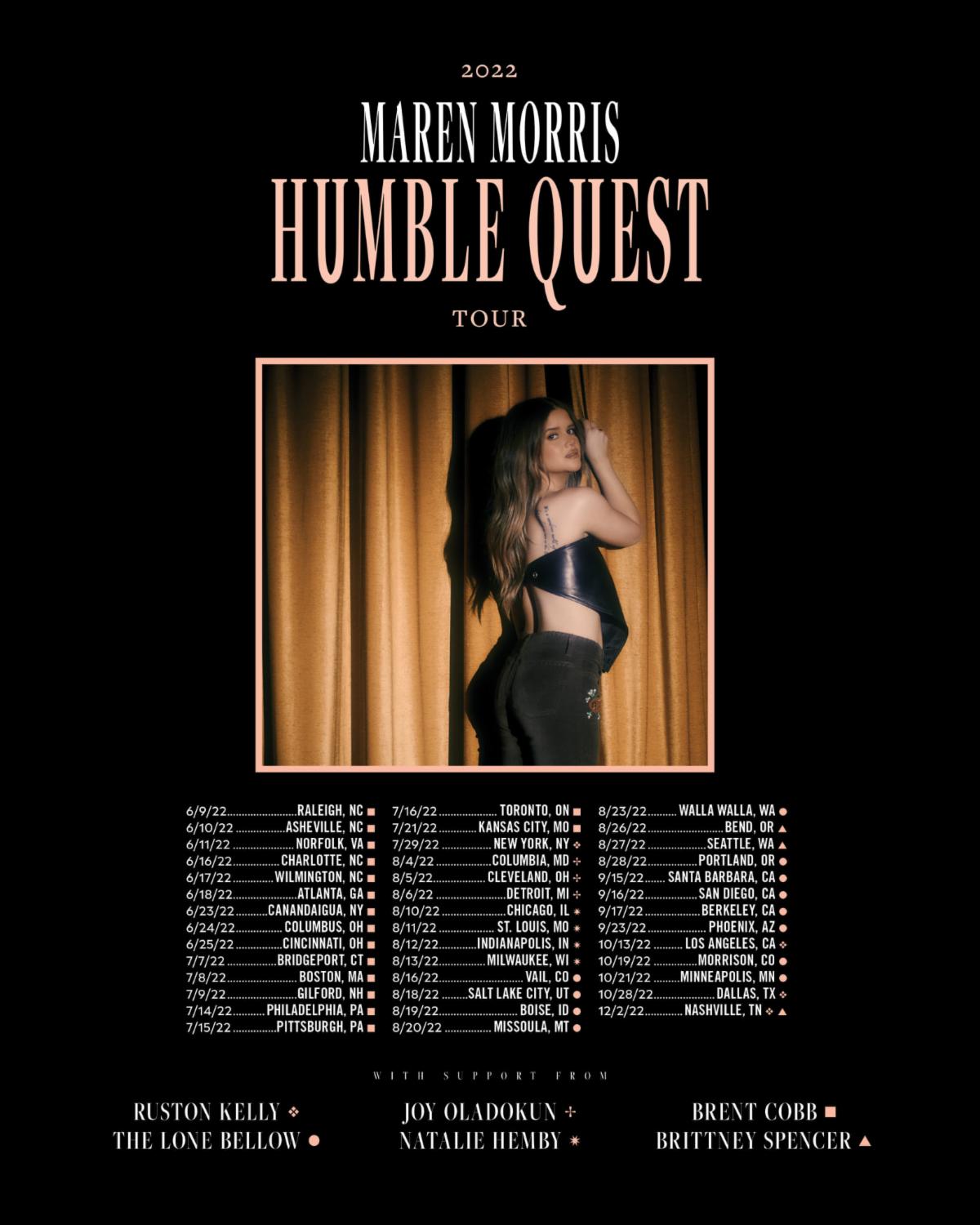 This August, 2x GRAMMY-winner Natalie Hemby will join Maren Morris as a special guest on her 2022 Humble Quest Tour. Hemby will open for Morris on a four-show run through the Midwest, kicking off on Wed., Aug. 10 at Huntington Bank Pavillion in Chicago, IL and wrapping in Milwaukee, WI on Sat., Aug. 13 at BMO Harris Pavillion.

Hemby and Morris are frequent collaborators and co-members of country music supergroup The Highwomen which also includes Brandi Carlile and Amanda Shires. The pair co-wrote “Heart Condition” which was featured on Hemby’s critically acclaimed sophomore album ‘Pins and Needles,’ and “Nervous” which is featured on Morris’ upcoming album ‘Humble Quest,’ among others.