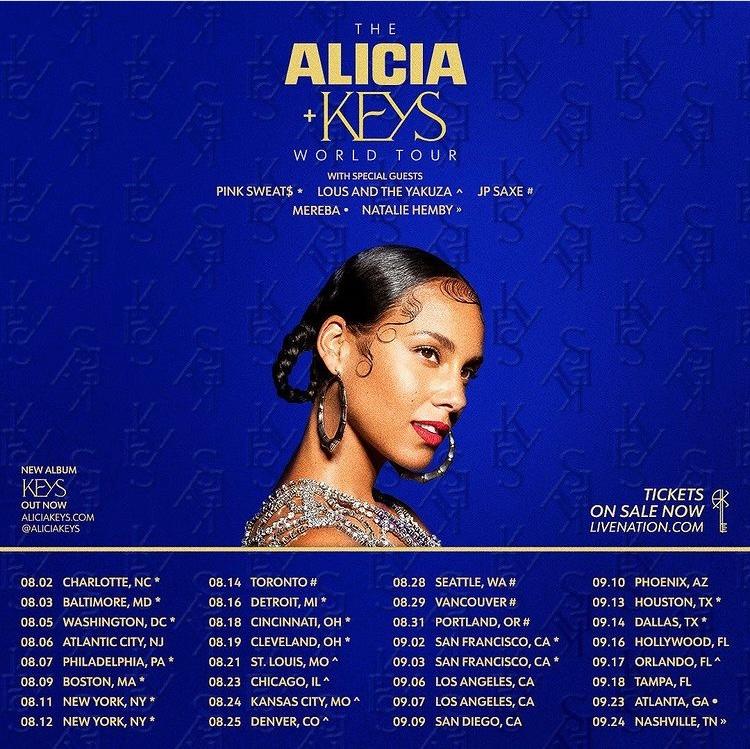 “This is so beyond my wildest dreams, opening for someone I’ve loved since I first heard her music,” says Hemby. "I’m such a fan of [Alicia Keys], and she is such a kind friend letting me open her last show for her in Nashville.”

Hemby is one of the songwriting communities "strongest creative figures” (Billboard), and outside of her collaborations with Keys, she has written music for everyone from Lady Gaga to Kacey Musgraves; Ed Sheeran to Sheryl Crow; Miranda Lambert to Brothers Osborne. She is also a founding member of female supergroup The Highwomen alongside Maren Morris, Brandi Carlile and Amanda Shires. Hemby has performed songs from her critically acclaimed sophomore album ‘Pins and Needles’ on shows including The Late Late Show with James Corden following performances on The Late Show with Stephen Colbert, CBS Saturday Morning and The Kelly Clarkson Show.