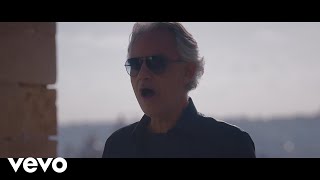 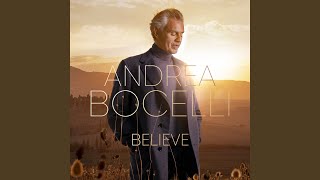 Recognized around the world as an icon of the great Italian vocal tradition, Andrea Bocelli has sold over 90 million records to date. He honed his vocal skills under the guidance of his mentor, Franco Corelli, becoming famous after winning the Sanremo Music Festival in 1994. His dazzling career began soon after – performing masterpieces from the opera repertoire on stage, conducted by Lorin Maazel, Seiji Ozawa and Zubin Mehta. The more recent recordings of the Tuscan tenor include Manon Lescaut conducted by Plácido Domingo, Turandot and – released in 2016 – Aida conducted by Zubin Mehta. In 2017, Bocelli recorded La forza del destino and in 2018 he recorded – and performed in theater – Lucia di Lammermoor.

Andrea Bocelli is a record-breaking artist whose concerts are attended by huge crowds. His countless acknowledgments include a star on the Hollywood Walk of Fame, which he was honored with in 2010. Throughout his career, Bocelli has received 6 Grammy Award nominations and 6 Latin Grammy Award nominations. He has performed for four Presidents of the United States of America, three Popes, the British Royal Family, many Prime Ministers and also at the ceremonies of the Olympic Games, the Universal Expo in Shanghai in 2010 and the Universal Expo in Milan in 2015 (with the Orchestra of the Teatro alla Scala). He is the only artist to take part in the prestigious National Prayer Breakfast event twice (2013 and 2016) – in the presence of the President of the United States, Barack Obama, and many Heads of State from around the world – as both an artist and founder of the Andrea Bocelli Foundation. On both occasions, his performance and his speech were received with two standing ovations.

In 2015, Bocelli was called to write an editorial for TIME magazine, while on December 11, 2017 he was invited to the NASDAQ Stock Market in New York, marking the start of trade on the global stock market with the famous “ringing of the bell”. In the fall of 2017, the movie “The Music of Silence” – inspired by the autobiographical novel of the same name, written by Bocelli himself – was released to critical acclaim. The movie, directed by Michael Radford, featured actors Antonio Banderas and Toby Sebastian.

On October 26, 2018, his new album of original songs, “Sì”, was released in over 60 countries. It features the hit tracks “If Only” with Dua Lipa and “Fall on me” with his son Matteo Bocelli, marking his recording debut. The album – which also features collaborations with Ed Sheeran, Aida Garifullina and Josh Groban – achieved a major chart feat as Bocelli simultaneously topped the UK and US album charts, becoming the first Italian artist to do so.

On November 8, 2019, a special edition of the album was released, entitled “Sì Forever: The Diamond Edition”, which contained two unreleased tracks with Jennifer Garner and with Ellie Goulding, in addition to three new songs. These include “Ode to Joy”, which was recorded to commemorate the 250th anniversary of Ludwig van Beethoven’s birth, and a new recording of “Ragazzo Mio” based on the traditional Irish ballad “Danny Boy”.

On Easter Day, April 12, 2020, the Maestro performed at the deserted Duomo of Milan, on the invitation of the city and the Archdiocese of Milan. The “Music for Hope” event was conceived as a moment of prayer and hope and is considered to be one of the biggest musical live stream performances of all-time, with over 2.8 million peak concurrent viewers and the largest simultaneous audience for a classical live stream in YouTube history. The video received more than 28 million views in its first 24 hours.

Andrea Bocelli’s new album “Believe” is set for global release on November 13, 2020. It is an exciting and uplifting recording project that is symbolically linked to “Music for Hope”, aiming to celebrate music as a way of soothing the soul and fostering spiritual growth. The new album features famous songs (from “Hallelujah” to “You’ll Never Walk Alone” and “Amazing Grace”), as well as religious repertoire and original works – composed by Bocelli himself and Ennio Morricone, among others – which share the common thread of faith and hope.

Andrea was honored by the Italian Republic with a Grande Ufficiale Italian Order of Merit (Grand Officer of the Italian Republic) and he was bestowed the title of Ambassador of the Italian Republic of San Marino. He earned a Bachelor’s degree in Opera Singing from the “G. Puccini” Music Conservatory in La Spezia and a Bachelor’s degree in Law from the University of Pisa, Italy. During the Opening Ceremony of the World Economic Forum 2015 in Davos (Switzerland), he was honored with the prestigious Crystal Award, in recognition of his work as an artist and philanthropist. In 2016, the University of Macerata bestowed him with an Honorary Degree in Modern Philology.

In 2011, he founded the Andrea Bocelli Foundation (ABF) with the aim of enhancing the relationships he has been able to establish around the world, where he is widely considered a musical and inspirational force.