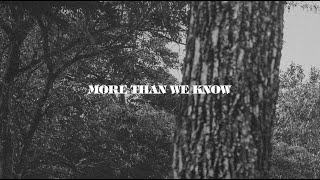 Reflection, remembrances and self-reckoning combine on Aoife O’Donovan’s third solo album, where her gift for tantalising poetry is woven into a soundscape more rich and vivid than any she’s created before. Age of Apathy is an album that traces a journey through grown-up life and ponders the question facing both singer and listener alike: what do you want from yourself?

The 11 tracks on this record came together in an extraordinarily fertile few months, sparked by O’Donovan’s move out of New York in September 2020. Transplanted to the lush forests of central Florida, O’Donovan found something she’d never known before: the time and space to craft an album away from a packed performing schedule and the rigours of the road.

For someone who admits that writing can be a struggle, the process was electrifying. “I felt I’d entered into a creative period unlike anything else I’d ever done,” says O’Donovan. It’s impossible to feel the groove of Phoenix – a celebration of her muse’s return – or hear the cosmic uplift of the album-closer, Passengers, without absorbing her own joy-filled experience.

She is, however, aware of the irony. After all, this burst of creativity emerged from – and often charts – the malaise that dogged her at the start of the pandemic, and which had its origins long before. In the album’s title song, Age of Apathy, O’Donovan references the moment she (along with so many of her generation) felt her adulthood begin: on September 11, 2001. Instead of dwelling on an individual tragedy, she draws her emotion from the two decades that followed: an onslaught of information from the digital age, a cultural environment that can leave us both overwhelmed and inert. “I let go around 2009,” she sings, “lost the feeling in my hands.”

From its hypnotic opener, Sister Starling, this album unfolds like a lifetime journey, following a breadcrumb trail of memories from youth to middle age. It’s a recognition of our frustrations and frailties, the implacable receding of our own past, and a sometimes anxious interrogation of the future: “Where is what’s good here, and what are we going to make of America?” asks the singer amid the insistent, rising cry of the album’s turning point, Elevators. In its wake, Prodigal Daughter, Galahad and Town of Mercy recognise the need to reconcile ourselves to our own flawed humanity, and in Passengers, O’Donovan ends with a soaring determination to accept and embrace the orbital path we’re on.

Some of the songs had their beginnings during lockdown. O'Dtonovan picked out B61 on the piano in her New York apartment; it shimmers with the light of the Brooklyn bars and riverfront spots she was missing. The captivating and almost unnerving opening of Lucky Star came to her on her lockdown runs. She worked on it last June during a two-day break from her family, a short window when she could spend some time alone with a pile of novels and her guitar. The result is heavy with the irresistible sultriness of a “wet hot American summer”.

When O’Donovan’s husband Eric was due to conduct a series of concerts with his orchestra, the Orlando Philharmonic, the pair relocated to Florida with their now four-year-old daughter Ivy Jo. It was here that a chance meeting with Darren Schneider, music engineer and professor at Full Sail university, set the album in motion. Schneider offered to engineer O’Donovan’s sessions at his studio, and O’Donovan agreed to stream her sessions to the university students so that they could learn from their real-time interaction with a professional musician.

That freedom to workshop songs in a studio environment was completely new to O’Donovan. She spent her evenings with her guitar in the sun room at her home, looking out on a tree-filled garden recording onto her phone. Each morning she took her ideas to the studio to bring them to life. Knowing that the record would have to be produced remotely, she approached Grammy-winning artist Joe Henry, who was working on his own new album in the same way.

From his home in a seaside town in Maine, Henry worked daily with O’Donovan, sharing drafts of the songs back and forth as each layer was added. “Joe was instrumental in moulding Age of Apathy into a cohesive sound,” says O’Donovan. He loved the energy of the “experimental” tracks that she had laid down, playing her own guitar, electric guitar and keyboards, and insisted on keeping and using them. Drums and bass were added by Jay Bellerose and David Piltch in turn, and it is their contributions that grew the album’s surprisingly symphonic sound.

Henry asked his son Levon to play woodwind on a number of the tracks, and also contributed a song of his own: Town of Mercy, for which he wrote the lyrics that O’Donovan then worked to music. Its theme of forgiveness and letting go fits neatly alongside Prodigal Daughter, a song that O’Donovan began writing with her friend and fellow bluegrasser Tim O’Brien eight years ago.

Joe’s suggestion to feature Madison Cunningham and Allison Russell on vocals took the music to places that O’Donovan could not have imagined alone. “Allison and Madi are so unique,” she says. “Having never sang together in person, they were doing what they heard, singing from the heart, as opposed to what I’d have told them to do in a typical studio setting.” On Galahad, Russell’s high tones manifested the ghostly figure of an Arthurian maiden; on Passengers, Cunningham added a winning electric guitar line alongside her iridescent vocals.

Despite the success and fame of many musical projects – from Crooked Still to I’m With Her, from her Live from Here collaborations with Chris Thile to her two previous solo albums – this album still feels like a personal breakthrough to O’Donovan. “I love singing and performing so much that I’ve never really considered myself a songwriter in the same way that some people do,” she says. “But I’m really proud of these songs and the experience of writing them has really given me a new confidence.”