Ariana and the Rose 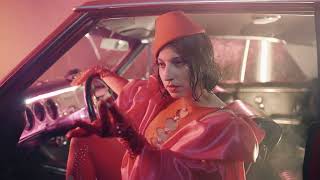 Hypnotic and hyper-imaginative, the music of Ariana and the Rose exists in a wildly dazzling world all its own. Since first emerging onto the music scene, the New York City-based artist has built up a rapturous following on the strength of her ultravivid synth-pop and fiercely inclusive spirit. An undeniable visionary with DIY sensibilities, she’s simultaneously brought her restless creativity to her role as founder and ringleader of light + space: an immersive art party that merges elements of over-the-top pop spectacle, interactive theater, sci-fi cinema, and the glittering fantasia of late-’80s club culture. After debuting light + space at Brooklyn’s House of Yes in 2018, Ariana was granted a residency at the venue, then took the show to L.A. and a number of clubs around New York City, soon establishing light + space as a nightlife staple featuring such legends as Amanda Lepore and Spencer Ludwig. To date, Ariana has amassed over 3.5 million reel views on Instagram, garnered more than 62K followers on TikTok (where her videos have drawn over 12 million views and accumulated over two million likes), made her late night TV debut on Full Frontal with Samantha Bee, surpassed 10 million streams and four million video views—all before releasing a full-length album. Known for her force-of-nature presence, she’s also toured extensively across the US and UK, taking the stage everywhere from Warped Tour to Pride events around the country (including Boise, Louisville, Sacramento, and New York).

Through the years, Ariana has made her home at the intersection of New York’s LGBTQ+, art, and nightlife communities. “It’s a space away from everything that oppresses the community; it encourages inhibition and authenticity and letting your freak flag fly, no matter how you identify,” she says. During lockdown, Ariana sustained her rarefied connection with her audience and dramatically expanded her following by taking to TikTok, where one of her charmingly off-the-cuff pieces of piano-backed spoken word racked up a staggering eight million views in under a week. In the meantime, she also found herself massively embraced in the women’s-empowerment space, gaining support from leading platforms like Betches Media and The Female Lead and even earning a shout-out from Arianna Huffington.

On her debut album Lonely Hearts Club, Ariana expertly catalyzes the kind of communal transcendence that’s hugely essential after so much isolation and uncertainty. The follow-up to her 2019 EP Constellations Phase 1, the incandescent body of work came to life soon after she scrapped an entire album’s worth of more inward-looking pop songs she’d created prior to the pandemic. “Last summer I started asking myself, ‘Why should I be making music? What does anyone really need to hear from a cis white girl right now?’” she recalls. “But what I eventually realized is I can make space for people to connect—with others and with themselves—just like I’ve been doing with light + space for years. This album was a way to expand on that ethos, and bring it into every aspect of what I’m doing.”

Working with her longtime collaborator Andy Highmore (a producer/musical director whose credits include AlunaGeorge and The Knocks), Ariana experienced a major breakthrough in the writing of Lonely Hearts Club’s lead single “Every Body:” an ecstatic anthem of inclusivity powered by her immediately iconic vocal work. “Once I had the album concept, I knew I wanted to make clubbier music—something that could be the sound of the reopening,” says Ariana. “‘Every Body’ came together so organically, and after that the rest of the album just flowed.”

Both hedonistic and high-concept, Lonely Hearts Club drifts between unbridled escapism and catharsis, infusing even the most euphoric tracks with a heady emotionality. “Cosmic Lover” breathlessly telegraphs a starry-eyed desire, while “London Boys” revels in a particularly lustful form of anglophilia (a dizzying celebration graced with a guest verse from Atlanta-based rapper Cakes da Killa). On “Fuckboy,” shimmering textures and crystalline grooves converge in a gorgeous backdrop to Ariana’s reflection on a toxic romance. “‘It’s about calling someone out, but also taking responsibility for your own part in the situation,” she says. “It’s saying, ‘You charmed me, but I should’ve seen the signs.’”

With the release of Lonely Hearts Club, Ariana’s main ambition is to impart the joyful sense of connection and freedom she’s long found in light + space. “There’s been so much sadness over the past couple years, and so many people are feeling how hard it is to just keep going,” she says. “I hope this album fills everyone back up with whatever they need to feel good again, and gives them back that optimism or inspiration that they maybe thought they’d lost forever.”