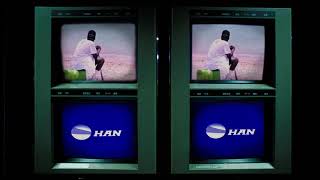 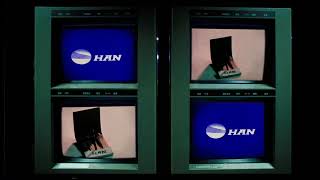 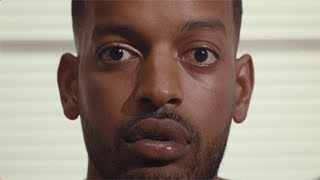 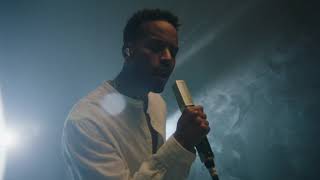 When you listen to the debut album from R&B pop chameleon Berhana, it'll come as no surprise that he's a film buff. The 27-year-old studied film in New York City, and his vision is cinematic. He sees music primarily in its capacity for storytelling, for escapism. That's why HAN, the LP, has a narrator woven between tracks, guiding the listener on a journey through psychedelic soul and minimal electronica all led by Berhana's honeyed vocals.

When asked if the LP's title was a play on the character HAL from '2001: A Space Odyssey', Berhana laughs. The word is not an acronym, nor has it any specific meaning, but Berhana will concede that 'han' are three letters in the middle of his own name. The concept for the narrator actually came from somewhere else entirely. One of Berhana's favorite records from his childhood was Midnight Marauders by A Tribe Called Quest. He remembers the songs' epicness, but more than that, he recalls how they were tied together by this narrative that really took you out of yourself to another planet.

While working on his 2016 EP, Berhana started to set new goals for himself. He wanted to be living in LA by the time it came out, and he mentally started putting together a wish list of collaborators for his next project. The name at the top of the list was David Pimentel, otherwise known as Pomo — a Canadian multi-instrumentalist and producer. In 2016, true to his own word, Berhana moved to LA, and by 2017 he was in the studio with David, laying the groundwork for what would become the LP.

“As time went on, my taste was starting to evolve,” he says. “We wanted to apply a lot of different things musically.”

HAN sounds like an LA record. The songs have a luxurious attention to detail, couching him comfortably alongside the likes of Miguel and Anderson Paak. The album’s sonic twists and turns are indebted to the freedom felt in some of his musical influences, including Stereolab, Yukihiro Takahashi, Squarepusher and Bjork.

Grey Luh, the last track on the Berhana EP, wound down with, “Copped this one way out to Mexico, cause you compress my soul and call it love.” The story was left unfinished. It makes perfect sense that the LP would pick up where he left off - the next leg of the flight, “Project 002.”