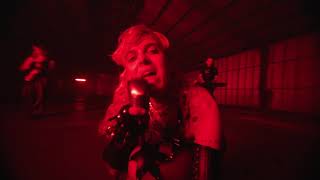 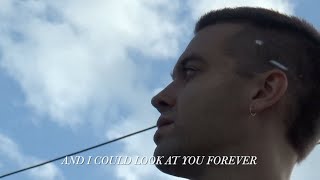 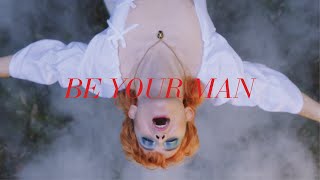 Cub Sport Navigates The Seas Of Identity, Love, Masculinity And Religion on New Album ‘LIKE NIRVANA’

“I’m prepared to tell everybody everything.” This statement from Cub Sport band leader and songwriter Tim Nelson, so clear-eyed and headstrong in its intent, isat the heart of the beloved Brisbane four-piece’s new album. Across the course of three beautiful and increasingly complex records, Nelson has made sunny, bright-eyed love songs and neon-tinted daydreams of love, desire, and friendship.LIKE NIRVANA, the band’s upcoming fourth record, embraces every side of Nelson: theangelic lightness as well as the multiplicitous, haunted darkness. It recasts him and his bandmates—multi-instrumentalists Zoe Davis, Sam Netterfield, and Dan Puusaari—as fearless innovators, experimentalists willing to blow up everything about the Cub Sport of old in order to create this dazzling and daring new chapter.

Since Nelson came out publicly as gay in 2017, Cub Sport has been a new band,one defined by radical openness and acceptance. Three years on from thatmomentous period of time, though, Nelson is finally ready to explore the darker sideof their psyche thatcomes alongside living so much of your life in hiding. “I find itreally liberating to be incredibly open after spending most of my life hiding everything about who I am and what I'm feeling,”he says of histhought process behind LIKENIRVANA,“It felt so good to acknowledge my whole self on this album, and to let outa lot of things that I had been holding on to."

True to their word, LIKE NIRVANA is a moving and beautifully composed documentof healing; described by Nelson as more of a holistic releasefrom Cub Sport incontrast to their largely linear early records, it feels like a glistening, tightly-wovenexploration of embedded trauma and the trials of overcoming it. Touching onreligious reckoning, oppressive structures of masculinity, and feelingsof inadequacy, LIKE NIRVANA is impressionistic and abstract, channeling the gauzy lucid dreams perfected on Lorde’s Melodrama and Frank Ocean’s Blonde. From its opening moments, LIKE NIRVANA is emotional and elemental. Opening track “Confessions”explodes with racing drums and crackling, ASMR-inducing synths that arefeltasmuch as they areheard. Album highlight “Break Me Down,” a seven-minute“personal breakthrough” made with friend and fellow ascendant star Mallrat, pullslisteners in with its hazy and hypnotic ambience. “Be Your Angel,” one of the album’sfinal songs, lets blinding light in, Nelson’s trademark falsetto becoming somethingunearthly over delicately fingerpicked guitar. These songs are bright and full-blooded, desperately and beautifully alive. Radical transparency is a compelling andtouching look for Cub Sport.“

As I've grown, I've been able to acknowledge some of the things that I had beenpushing down,” Nelson says of the journey that precipitatedLIKE NIRVANA.“I think the moments where I allowed myself to exist and create in a negative space broughtout raw emotions and whilethe results weren’t always your classic ‘feel-good’ songs,what I created made me feel good.” It’s those raw emotions that have pushed Nelsonto create LIKE NIRVANA, a record more emotive and formally experimental than anything the 4-piece has released before. If This Is Our Vice introduced Cub Sport and BATS and Cub Sport made them stars, then LIKE NIRVANA is the record that solidifies them as four of the most ground-breaking, daring and open-hearted musicians this country has ever produced.