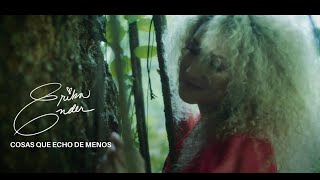 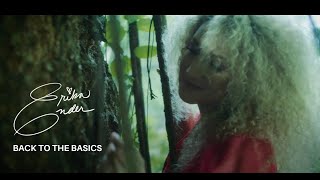 Erika Ender - Back To The Basics (Lyric Video) 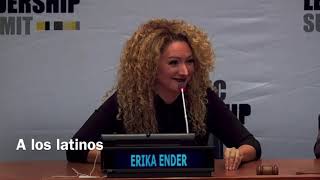 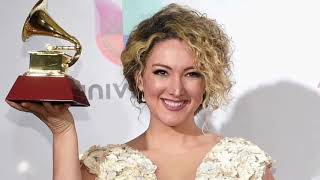 Erika Ender has broken all records as a female composer in music history. She is one of the most prolific and renowned composers in the music world, as well as, an established and successful singer-songwriter, TV celebrity, producer, and actress. More than 200 albums have been released with her songs and more than 40 tops singles, including the unprecedented and historical worldwide hit “Despacito”.

She is the youngest person ever inducted into the Latin Songwriter’ Hall of Fame and has received multiple awards such as Latin Grammy’s, Latin Billboards, 12 Gold Records, 12 Platinum Records, 1 Diamond Records; ASCAP, Monitor Latino and SESAC prizes, including the GLOBAL ICON AWARD, and honors such as: Leading Lady of the Latin Recording Academy of Arts & Sciences, HORIZON AWARD of the National Ispanic Foundation of The Arts: SHE ROCKS of THe Women’s International Music Network; among several other recognition, including the keys to the Miami & Panama cities. Erika also received seven (7) Guinness World Records due to her collaboration in the worldwide hit “Despacito”.

She is the only Latina ever nominated to a major category in the Grammys, and the only one with a Spanish #1 song on Billboard’s Top 100. She is as well, on the list of the most powerful women according to Billboard, Hollywood Reporter, Forbes & People En Español Magazines.

Her versatility includes being an established singer-songwriter and show-women with top rankings on radio in several countries: a re-known television personality & producer of successful shows, a spokesperson for several national & international brands and campaigns and an actress: besides her amazing work as a worldwide hits composer and a dedicated philanthropist.

In 2009, she founded Fundación Puertas Abierta. Her Foundation uses music and education to positively influence children and teenagers. It started offering musical workshops and opening classrooms where music and dance were taught to children living in shelters. Nowadays, its biggest project, TalenPro (Talent with a Purpose), is a unique Talent Competition, created and developed by Erika, that offers a nationwide platform to express different way of art for teenagers, Through competition the participants have the opportunity of showcasing their talents on stage, but behind the scenes, they become leaders of their own schools and communities bu receiving tools for life workshops and get to restore 12  elementary schools a year, that are in a vulnerable situation benefiting thousands of children. Besides that, winners get scholarships to study in Panama or abroad, with their University completely covered.

Erika is the only Latin female Global Ambassador of the Special Olympics and also supports multiple foundations of different causes. She has been invited, as well, to speak about her advocacy at the Women’s World Forum & the Social Good Summit of the United Nations Foundation, Grammys on the Hill and the US Congress: among many other events.