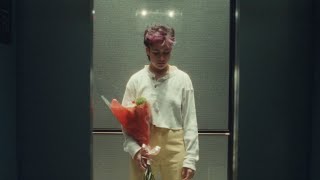 Evann McIntosh is only 17 years old, but they are ready to take over the world. In a short time, the singer/songwriter has already built up a loyal fanbase and tons of buzz with their soulful and in-the-now take on modern pop and R&B sounds. The songwriter has conquered TikTok and even self-released their own debut album, MOJO. MOJO (released on Vinyl 8/14) has been in the works since Evann first picked up their guitar at nine years old. They spent their childhood nights recording rough drafts of songs through a USB Yeti microphone in the living room after their family had gone to bed. It was when Evann met producer and now-frequent collaborator Jesty Beatz through Instagram that they figured out how to take their music out of the family room and into the world. With a colorful and impressive debut album already to their name, all eyes are on McIntosh as they hit the studio and work on their next project.