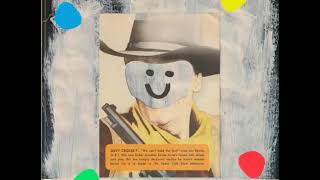 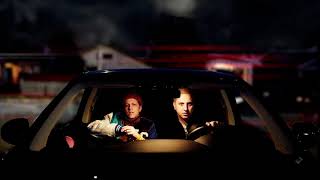 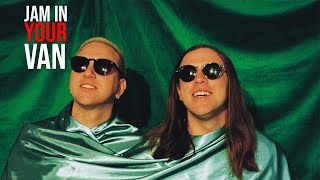 Jacob Michael and Jesse Clasen had been grinding it out on the road for a decade when their respective bands came to an end. At the time, joining forces wasn’t a particularly convenient thing to do—both had day jobs and lived hundreds of miles away from each other—but something told the pair it was worth the extra effort.

“I think there was a void in our lives,” says Michael. “We both knew we wanted to continue making music, but there wasn’t a clear path forward until we started working together.”

“We didn’t even have a name for ourselves when we first started recording,” adds Clasen. “We were like kids, just making music for the sheer fun of it all over again.”

While much has changed for the band since those early days—they’ve got a name now, Foreign Air, and more than 100 million streams under their belt—that childlike sense of joy and wonder never left. In fact, as the duo’s full-length debut, ‘Good Morning Stranger,’ demonstrates, it’s only grown stronger with time. Written and recorded all over the country, the album is a trippy, intoxicating collection, one that blends indie rock, hip-hop, and Britpop as it mixes vintage synthesizers and hypnotic beats with manipulated samples and wildly adventurous production. Songs twist and turn without warning, stopping on a dime only to transfigure themselves into something wholly new and unexpected. Clasen’s vocals are similarly chameleon-like, shifting effortlessly between airy falsetto and muscular bravado throughout. The result is a record that’s as eclectic as it is addictive, an ambitious, immersive debut that nods to everything from Alt-J and Beck to Pink Floyd and J Dilla as it playfully subverts expectations with a seemingly endless parade of sonic surprises.

“We both came from rock bands, but we wanted to do something neither of us had ever done before with this project,” says Michael. “That was the idea behind our name, that we were going to dive into something totally unfamiliar and the music would be this blast of fresh, invigorating, foreign air.”

“Our whole approach in the studio was just to try and excite each other,” continues Clasen. “The guiding principle was to be present in the moment, to feed off of each other’s energy, to see how far we could push ourselves creatively.”

It didn’t take long for Foreign Air to realize they had a winning formula on their hands. The pair’s first release, 2015’s “Free Animal,” was an instant smash, quickly generating millions of streams on Spotify and soundtracking a massive Nike campaign. Over the next few years, the duo would go on to release a steady stream of similarly successful singles, with tracks accumulating tens of millions of streams, appearing in hit television series on Netflix, Showtime, ABC, TNT, Vice, and Fox, and landing spots in global campaigns for major brands like Samsung, Vodafone, and Microsoft. Billboard hailed the band as “transcendent,” while Interview dubbed them “one of the most exciting emerging acts on the interweb,” and the pair’s captivating live show helped earn them dates with the likes of Phantogram, Misterwives, and Bishop Briggs.

“You can hear a lot of experimentation in those early singles because we were learning all these new instruments and trying out all these new recording techniques,” says Michael. “We wanted each song to be its own world, and releasing them individually like that gave us a chance to figure out who we really were as a band.”

“We both came of age in the ’90s and early 2000s, though,” adds Clasen, “and the album as a format was everything to us: the feeling, the artwork, the flow of one track into the next. We always knew we’d make a proper record, but we just needed to explore the full scope of our sound first.”

The scope of that sound would take shape over the course of several years, and the songs that would eventually become ‘Good Morning Stranger’ came to life in a variety of locations across the country. Some tracks were written while Clasen lived in North Carolina, others while he lived in New York, and still more after he moved to Los Angeles, where he resides today. Michael, a longtime DC resident, would frequently fly in for writing and recording sessions, and the two would collaborate remotely via DropBox whenever they couldn’t physically be together.

“Working in so many different locations had a big influence on our sound,” says Michael, who also met up with Clasen in Nashville for additional studio time. “Even if it was subconscious, we were always absorbing what was happening around us.”

That embrace of new sounds and fresh inspiration is the heart and soul of ‘Good Morning Stranger,’ which, as its title suggests, has a boundless appetite for the unfamiliar. Clocking in at a sprawling 16 tracks (including several experimental interludes that tie the whole thing together), the album is wide-ranging in its fusion of genres and moods. Slow grooving opener “What Will I Be” sets the stage perfectly, as swirling synthesizers and an off-kilter “Que Sera Sera” sample give way to a dreamy meditation on an uncertain future. Like much of the album to come, the track wrestles with dueling desires: To stay or to go? To laugh or to cry? To hide from the storm or to lean into the chaos? Manic impulses fuel the record throughout, with arrangements careening from punk snarl and psychedelic hallucinations to pop confection and acoustic intimacy, sometimes within the very same track. The driving “I Believe” calls to mind Jet and Arctic Monkeys in its brash swagger, while the larger-than-life “Monsters” offers shades of Twenty One Pilots and AWOLNATION in its eerie menace, and the pulse-pounding “Ultra Mega Love” hints at Happy Mondays and Kasabian as it brims with shimmering confidence. The pair’s lyrics are often impressionistic, at times even abstract, driven ultimately by a desire to create an emotional atmosphere with plenty of room for personal interpretation.

“A lot of the time, the initial lyrics come from Jesse just improvising over the music,” says Michael. “From there, we talk through what we’re feeling in the moment. There’s a whole lot of honesty that comes out when you’re able to be as open as we are with each other. It’s like therapy.”

Perhaps no track is more therapeutic for the band than album closer “Milestone,” a mesmerizing, cathartic reflection on growth and change that mixes 80’s synth-pop with modern electro club sounds. “True color came out flying high for all to see,” Clasen sings in a breathy falsetto. “This was a milestone for me.”

Indeed, a debut as strong and self-assured as ‘Good Morning Stranger’ is nothing if not a milestone. And while the road ahead may be uncertain, Foreign Air remains more committed than ever to the joy, the wonder, and the openhearted embrace of the unfamiliar that brought them here.