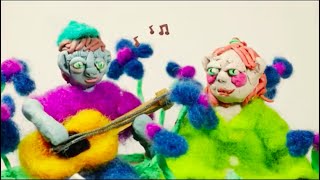 Hailey Knox Tells the Tale of "a boy named pluto"

Hailey Knox doesn’t just sit on the sidelines: she’s become the mastermind behind building and producing her own soulful pop songs. To push her own boundaries, the 20-year-old singer-songwriter has been cutting her teeth on the road the past two years since her debut EP release A Little Awkward, touring with Charlie Puth,Ruth B., and AJR, and making her festival debut at Austin City Limits’ 2018 festival.

Because of her live shows, Knox has grown into a powerhouse, building her songs onstage with a loop pedal. Now, she’s ready to show the world the dynamic range of music she’s capable of producing, with her latest release -- the ‘Hardwired Mixtape’. And she does: her latest project feels like a pile of vibrant confetti, sprinkled with never-before-recorded full-length songs and snippets of Frank Ocean-like audio notes she recorded to show that there’s more depth to her artistry. “We called it a mixtape because it’s slightly all over the place, but in a good way,” Knox said of the project. For people who haven’t experienced her live shows, this mixtape is a window into how far she’s come since 2016.

Throughout 11 tracks, Knox’s mixtape combines songs Hailey has been developing and evolving for years  and some fresh cuts from GarageBand, working with the producers who discovered her Mike Mangini and Peter Zizzo, along with songwriter Imani Coppola, and showing off her own production skills. But mostly, it’s an inner look at how she spurs creative concepts.

On her new mixtape, Knox combines stripped-down songwriting and lyrical detail of  A Little Awkward and the husky, textured grooves of her singles since then. It’s an effort in chronicling her journey of self-discovery in music and beyond, revealing the loneliness of life on the road and her own personal anxieties. But there are still hints of cheeky pop culture references to Sour Patch Kids and Scooby Doo, embedded in her songs.

Fear proves to be a driving force for Knox on her latest work. Latest single “Hardwired” pays homage to her debut EP, as soft acoustics and a looped drum beat reverberate as Knox recounts her own crippling self-doubt. “I laugh when I’m weak,” she croons vulnerably on the diaristic track. Also featured on the mixtape is the R&B-tinged “Traumatized,” which Knox has played on tour for two years. The song details the overwhelming feeling of having to pretend to be confident when you’re not. “I’m choking back tears/Wanna die/Maybe that’s TMI,” she sings unabashedly.

At the same time, Knox tackles the unspoken hurdles of touring on the dark, indie-pop “Runaway.” “I love it here but I wanna be upstate,” Knox yearns with her piercing lilt against cinematic horns, as she details the constant cycle of being homesick. The wistful snippet “Red Eye” follows up on “Runaway” with a devastating beat drop as Knox continues to crave home.

On standout track “Bitch Bitch Bitch,” Knox puts her own sweet spin on a diss track; focusing on the positive and calling out people who feed off of contagious negativity. “It’s a way to tell people to stop complaining and appreciate what you have,” Knox says of the song.

But Knox is perhaps most soulful when she meditates on her own heartbreak. “Don’t Got One” highlights Knox’s gospel tone as she croons about the downsides of having your career take-off while you’re longing for love.

A native of upstate, New York, Knox grew up in a house full of music. She first picked up the guitar at seven years old, learning how to play from her dad. By the age of 12, she formed a duo with her sister, Samantha, even performing at The Apollo Theater. Knox eventually caught the attention of Zizzo and Mangini with covers the sisters posted on YouTube. Eventually, the duo dissolved and Knox began posting solo videos, earning an online following. In 2015, she signed her first record deal with S-Curve Records.

Knox’s latest project is a reintroduction to an artist empowered by growth and the intimate moments and imperfections in her creative process.