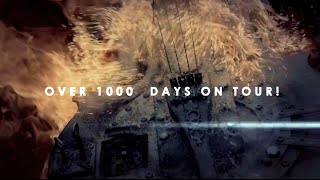 2CELLOS - 5 years of living their dream! 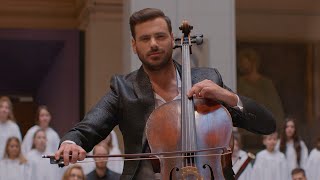 HAUSER - My Gift is My Song (Ode to Sir Elton John) 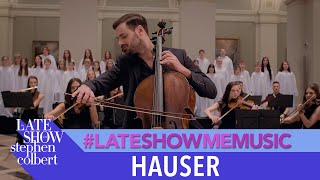 Since that fateful moment when he decided to create a new, musical experience out of the long and established traditions of classical, pop and rock music, HAUSER has been playing arena concerts all over the world and, defying the conventions of the established music business. His iconic rendition of Michael Jackson’s, “Smooth Criminal,” the vehicle that launched him as an internet sensation and, established him as the founding member of the duo 2Cellos, has not only captured the hearts and minds of millions but more importantly, has cemented HAUSER as one of the world’s most important twenty-first century instrumentalists.

HAUSER’S performance style may only be described as electric; a unique pairing of cello pyrotechnics that align beauty, elegance and true rock muscle. Fueled by a repertoire base that is as wide and expansive as Lady Gaga is from Tchaikovsky or Shakira is from Shostakovich, HAUSER is the dynamic cellist performing all of it and taking the world by storm - for what other classically trained cellist can say they have toured with Elton John?

HAUSER is a study in contrasts; equally at home and comfortable with classical music as he is with pop music and, in possession of an uncommon and near encyclopedic knowledge of both. As part of the quintessential 2Cellos, HAUSER has toured the world - from the Royal Albert Hall and the Sydney Opera House to New York’s Madison Square Garden selling more than one million tickets to their live shows. During the Christmas 2021 season, he had the great honor of performing and appearing in front of Pope Francis but he has also given performances to several American Presidents, Prince Charles as well as Queen Elizabeth. His virtuosic and soulful playing style has been recognized with no fewer than 21 first prizes amongst the world’s most prestigious national and international music competitions. Strikingly, it is also said that HAUSER’S greatest talent is his singular ability to communicate contrasting styles and emotional themes; the essences of love, romance and sensuality and even a rocking, dance style all, through the body of his cello.

HAUSER’s innate, musical flexibility has led to a wide range of collaborations with many artistic legends including Andrea Bocelli, the Red Hot Chili Peppers, George Michael and Aerosmith’s Steven Tyler. Still, it is his personal, visually stunning YouTube series, “Alone Together,” launched during the 2020 pandemic featuring musical portraits of his home country, Croatia, that stunned audiences with its sheer beauty and, landed his very first solo album, “HAUSER - CLASSIC” at #1 on the Billboard chart.

A frequent guest on television’s top-rated morning and evening programs worldwide, HAUSER/2Cellos performed at the 2018 UEFA Champions League Final and, appeared with Lang Lang on CCTV for their New Year’s Eve Gala.  Notably, 2Cellos, was also the first instrumental act to ever perform on GLEE as a special guest during the Michael Jackson tribute episode. It landed the 2CELLOS’ self-titled debut album in the Billboard Top 100 and “Smooth Criminal,” a #10 spot on the Billboard Hot 100 Digital Songs Chart.

The success of HAUSER himself extends far beyond his many, many millions of social media followers with a devoted, international fan base that continues to grow. With more than a billion audio streams across the globe and more than 4 billion views, the Croatian cellist is a phenomenon that is one part virtuoso and the other, that of sheer, animal magnetism. For HAUSER’s fans, perhaps it is simply his ability to unify generations of music lovers.

HAUSER. He is a rockstar with a cello…and this is only the beginning.