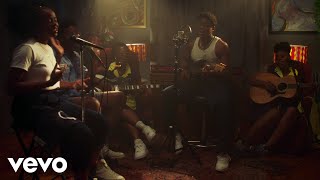 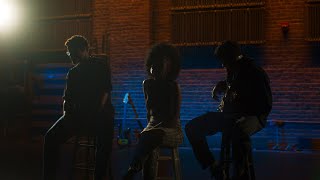 Infinity Song - Everything Is Gonna Be Alright (Official Video) When the Peace Industry Music Group says its artists are considered family, there is no marketing or hyperbole attached. The independent label’s roster is comprised of the sons and daughters of Detroit’s esteemed Boyd family. In fact, five of the Boyd’s nine children––age 33 to 15––make up the group Infinity Song. With an exquisite new album on Roc Nation, this rare and precious collective of multi-talents is set to breathe fresh life into 2020’s final quarter.

Homeschooled academically and musically by parents who founded the Boys & Girls Choir of Detroit, Abraham (27), Victory (26), Angel (24), Israel (22) and Momo, (21) have performed in front of audiences since Pre-K. They were raised on classical, gospel and jazz, Pat Methany, Marvin Gaye and The Winans Family. The eldest of the five, Abraham serves as wise leader while Israel, who co-produced on Kanye West and Travis Scott’s “Wash Us In Blood,” oversees the group’s sonic. All five write and sing. Victory, Israel and Momo play guitar. Angel is the Creative Director.

Infinity Song’s journey was a labored yet adventurous climb. In 2006, the Boyd patriarch suggested his children visit New York to sing in front of the Apollo Theater during James Brown’s memorial. Performing publicly in the Big Apple became a favorite pastime for the Boyd clan. They sang at the Metropolitan Museum of Art in the morning, on 5th Avenue in the afternoon and Times Square at night. Central Park’s Bethesda Fountain eventually became a permanent stage. The siblings developed such a following, thanks to park visitors constantly filming and posting to Youtube, that they earned an audition on America’s Got Talent. Although they made it to the television round, refusing to sign a recording contract prevented the airing of their performance. Undeterred, Infinity Song continued to drop independent albums (their catalogue begins with their 2014 self-titled debut).

While balancing Infinity Song contributions, Victory also pursued a solo career. A friend of JAY-Z heard her sing in a documentary film and requested an in-person, proclaiming she was the next Tracy Chapman. A meeting at the Roc Nation offices quickly followed. Moved by the Boyd’s story and talent, Mr. Carter offered Victory a deal for her solo album (2018’s The Broken Instrument) as well as a contract for Infinity Song. The result is the quintet’s latest album, Mad Love, a beautiful collection of lyric and instrumentation unlike anything escaping a speaker today.

The lead single, “Everything’s Gonna Be Alright,” on which Israel plays drums and guitar, speaks to the group’s faith and quest for longevity. The warm chocolatey title track doubles as a declaration for how much the brothers and sister’s hearts swell for each other as well as a timely offering to music lovers during an insane year. While seven of the eight songs were primarily produced by the group, the legendary Jerry Wonda blesses gorgeous vocal performances on “Just Loving Me.” The group’s favorite song just may be the album’s equator. Produced and composed by Momo, the heavenly “When The Rain Starts” speaks to the human yearning for a hero of the heart. Infinity Song gifts the world an evergreen desire and need: Love. Not a normal Love; a premium and bountiful Love. An absolutely mad love.