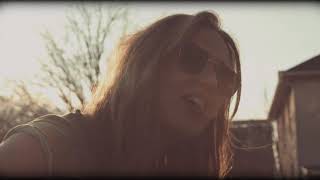 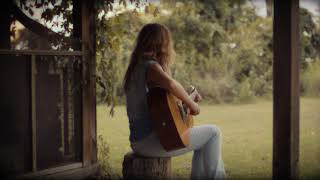 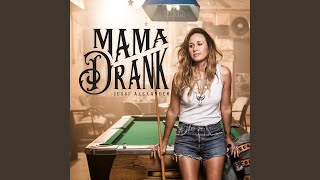 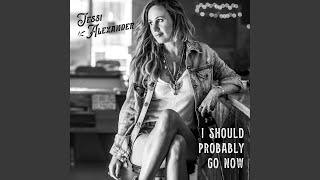 I Should Probably Go Now 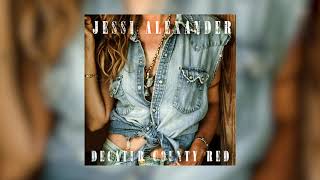 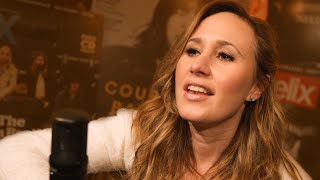 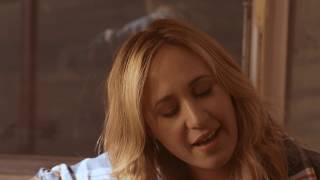 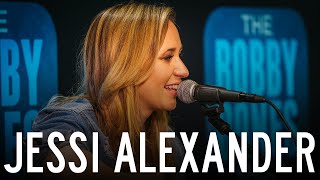 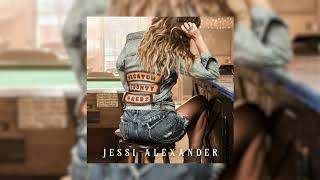 Jessi Alexander - Country Music Made Me Do It (feat. Randy Houser) 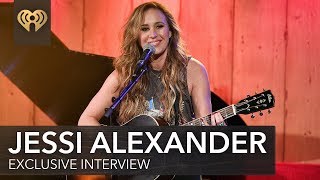 Jessi Alexander Almost Quit Before She Wrote "The Climb" “To be honest, I didn’t write this record,” Jessi Alexander confesses. “It wrote me.”

That might sound hard to believe coming from one of modern country music’s most accomplished and in-demand songwriters, but it’s the truth behind Alexander’s extraordinary new solo album, ‘Decatur County Red.’ Recorded at Zac Brown’s Southern Ground studio with an all-star cast of Nashville’s finest, the record finds the CMA and ACM Song of the Year winner at her most honest and vulnerable, looking back on her humble Tennessee roots and tracing her remarkable journey through heartbreak and joy, pain and reconciliation, disappointment and triumph. The songs here reflect a lifetime spent obsessing over southern rock and classic country, showcasing the melodic instincts that have garnered Alexander multiple #1’s while at the same time stretching her sound beyond the mainstream pop hits she’s best known for. It’s a rousing, reflective, deeply personal collection, one that only Alexander could have recorded, and, as it turned out, one that Alexander needed to record.

“I tried to talk myself out of making this album at every turn,” she explains. “I’d ask myself, ‘Why do you need to do this? You’ve already got the awards on the mantel, your dreams have come true, you’ve got nothing left to prove.’ In the end, I realized it wasn’t about ego or pride or money or anything like that. It was just something that had to happen for my journey as an artist.”

That journey began back in Jackson, TN, where Alexander grew up equally enthralled with the country sounds coming out of the Grand Ole Opry and the blues and soul brewing down the road in Memphis. She split her time with her parents, who separated when she was just three, and learned to be independent at a young age in the face of her father’s struggles with drugs and alcohol. At 21, Alexander relocated to Nashville, where she toiled in the trenches for years as a songwriter and performer before landing a major label deal with Columbia Records, who released her acclaimed debut, ‘Honeysuckle Sweet,’ in 2005. It seemed like the stars had finally aligned, both professionally and personally (Alexander fell in love with GRAMMY Award-winning musician/songwriter Jon Randall, and the two were married in 2006), but in a story as old as the music business, things fell apart far faster than they came together. Within a year, Columbia had dropped her, her mother had passed away, and Alexander was right back where she started.

“It’s a tumultuous way to make a living,” she reflects. “The road can lift you up and convince you you’re about to have the biggest success of your career, and then it can all collapse right in front of you.”

Alexander spent the next few years reinventing herself in Nashville’s eyes, and in 2009, she began a run of massive, life-changing hits. First there was “The Climb,” which spent 15 weeks atop the Hot Adult Contemporary Tracks chart and went 4x Platinum when Miley Cyrus recorded it as the anthem for the Hannah Montana movie. Then, Alexander landed two #1’s in the same year with Blake Shelton’s “Drink On It” and Lee Brice’s “I Drive Your Truck,” which earned her both the ACM and CMA Award for Song of the Year. Equally adept at writing hits for men and women alike, she’d go on to pen tracks for the likes of Tim McGraw, Celine Dion, Dierks Bentley, Miranda Lambert, Thomas Rhett, Trisha Yearwood, and Ashley Monroe among others.

As successful as Alexander was writing for others, she continued, from time to time, to write songs so personal that she couldn’t imagine anyone else singing them. It felt almost involuntary when it happened, like the tunes were fully formed inside of her, just waiting for an opportunity to escape.

“I’d be minding my own business when suddenly a song would just come out of nowhere,” she explains “I’d pick up an old guitar and play a chord and this whole tune would just come screaming out of it all at once.”

The music felt too urgent, too important to sit on, so as a Christmas present to herself in 2017, Alexander booked studio time, rounded up a band of first-call musicians, and recorded four songs in a week for the sheer fun of it. At the time, her intention wasn’t to release the music, but rather to capture it for herself, to perhaps leave it someday for her kids. When she returned to the studio the following year to cut four more tracks, though, she realized that the songs told a collective story, and, a decade-and-a-half after her debut, Jessi Alexander had an album on her hands.

“In Nashville, everybody wants to categorize you as either an ‘artist’ or a ‘writer,’” she explains, “but there was never a distinction for me. Growing up, I always admired Carole King, who created all this incredible material for other artists but was also a badass writer and performer in her own right.”

Alexander embraces her multifaceted personality in all its beautiful, complicated multitudes on ‘Decatur County Red,’ blurring genre lines and ignoring pop convention as she takes stock of where she is and where she’s been. “Mama Drank” tackles the life of a working mother with wry wit and old-school twang, while the yearning “Lonely Out Of Me” channels Otis Redding and Etta James as it reckons with desire and heartache, and the soaring title track walks the line between Lynyrd Skynyrd and Hank Jr. in its celebration of Southern living. Like much of the record, the song is rooted in the sincerity and simplicity of the world Alexander grew up in, examining the darkness that drove her away from home and the ties that will forever bind her.

“I got a phone call several years ago that my grandmother’s cabin on the banks of the Tennessee River was going to be auctioned off on the courthouse steps,” says Alexander. “I didn’t realize it, but my grandmother had actually left it to my dad and me when she passed, and for years, it had just been abandoned and abused. It was devastating to see what a wreck it was when I got there, but I decided to rebuild it for my own family, and in the process of making all those trips back and forth to Decatur County, I reconnected with my music, my childhood, my heritage, my people.”

Alexander’s people are country people through and through, and more than anything, ‘Decatur County Red’ is a love letter to the genre that raised her. The intoxicating “Damn Country Music” reflects on the highs and lows of life on Music Row, while the tongue-in-cheek “Country Music Made Me Do It,” which she co-wrote with The Brothers Osborne and recorded with Randy Houser, playfully soundtracks a night of bad decisions and good times, and the tender “How I’m Going Out” plans a fitting end for a writer who wants to be remembered for their songs above all else.

“A lot of people like to argue what is and isn’t country music,” says Alexander, “but I think it’s pretty simple. Be real, be raw, be vulnerable. That’s country music to me.”

With ‘Decatur County Red,’ Jessi Alexander is as country as it gets.

“In Nashville, everybody wants to categorize you as either an ‘artist’ or a ‘writer,’” says Jessi Alexander, “but there was never a distinction for me.” The CMA and ACM Song of the Year winner’s extraordinary new album, ‘Decatur County Red,’ is proof of that. Recorded at Zac Brown’s Southern Ground studio with a cast of Nashville’s finest, the collection finds Alexander at her most honest and vulnerable, looking back on her humble Tennessee roots and tracing her remarkable journey through heartbreak and joy, pain and reconciliation, disappointment and triumph. The songs here reflect a lifetime spent obsessing over southern rock and classic country, showcasing the melodic instincts that have garnered her multiple #1’s while at the same time stretching her sound beyond the mainstream pop hits she’s written for the likes of Blake Shelton, Miley Cyrus, Lee Brice, Tim McGraw, Celine Dion, Dierks Bentley, Miranda Lambert, Thomas Rhett, Trisha Yearwood, and Ashley Monroe among others. Reckoning the darkness that drove her away from home and the ties that will forever bind her, the album is at once a celebration of the simplicity of Southern living and a love letter to the music that raised her. “A lot of people like to argue what is and isn’t country music,” says Alexander, “but I think it’s pretty simple. Be real, be raw. That’s country music to me.” With ‘Decatur County Red,’ Jessi Alexander is as country as it gets.