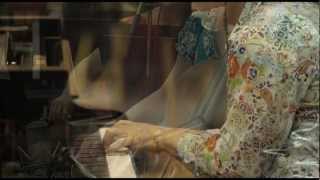 “The John Williams of Japan” (Pitchfork) only hints at what makes Joe Hisaishi, one of Japan’s most beloved and prolific composers, a singular musical voice of the past 40 years. Most famous as the go-to composer for Studio Ghibli and Hayao Miyazaki (the Academy Award-winning Spirited Away, My Neighbor Totoro, Princess Mononoke,etc.), the award-winning musician also is known for his early experimental and pop records; a fruitful collaboration with Japanese director Takeshi Kitano; and nearly 100 albums of solo works and scores for live-action and animated films, TV, and video games. Whether he’s playing classical or experimental solo piano, or performing and conducting with small ensembles and large orchestras, one can hear right away Hisaishi’s distinct and soaring melodies. Dream Songs: The Essential Joe Hisaishi (February 21 via Decca Gold) is the first collection of its kind to tell Hisaishi’s story. It is the perfect entry point for fans old and new.

“It’s rather difficult to do comparisons of my past compositions,” says Hisaishi, who usually focuses on staying in the moment rather than looking back at his diverse and distinguished career. “However, in composing film music, for example, I make sure I fully understand the characters, story, and visuals before I start my work, and my writing method would change between live-action films and animations. For solo works, the themes reside in me.”

Hisaishi was born in Nakano, Japan. He began playing music at age five with the violin and would go on to study at Tokyo’s Kunitachi College of Music. He released his first album, the minimalist MKWAJU, in 1981 with the MKWAJU Ensemble. INFORMATION, his more pop-leaning second album, was released in 1982 under the name Wonder City Orchestra. His early records might surprise new fans who are only familiar with his film scores.

“When I started taking piano lessons as exam study for music college,” says Hisaishi, “I listened to all kinds of jazz music while in high school, as well as Shostakovich, Schönberg, Webern, Berg, and Boulez. I was shocked by Terry Riley’s ‘A Rainbow in Curved Air,’ and I also listened to minimal music by composers like Philip Glass and Steve Reich.”

Hisaishi would go on to collaborate with Glass, as well as David Lang, Mischa Maisky, Sergio Tiempo, and other acclaimed artists. He also works with the Hong Kong Philharmonic, Melbourne Symphony Orchestra, American Symphony Orchestra, and other world-class institutions, with which he revives the music of his youth and explores the musical styles of today through his own recent works such as “Contrabass Concerto” (2015), “TRI-AD for Large Orchestra” and “The East Land Symphony” (2016), “Asian Symphony” (2017), and “ad Universum” (2019).

You can hear these wide-ranging influences throughout Dream Songs. The two-disc collection features 28 compositions, all remastered by Hisaishi, including selections from his film scores and solo piano works, many of which have not been released outside of Japan.

Disc one highlights Hisaishi’s orchestral compositions, featuring much of his work for Miyazaki, whom he met in 1983 and, starting with 1984’s Nausicaä of the Valley of the Wind, has composed nearly all his films, some of which are Japan’s highest-grossing animes. Dream Songs opens with what might be Hisaishi’s most classic piece – “One Summer’s Day” from Spirited Away features many of his signatures, from his piano rolls and disarmingly simple melodies to the intentional focus he puts on the space between notes. Other Miyazaki compositions include the grand themes to Kiki’s Delivery Service and My Neighbor Totoro, as well as the more hard-hitting title suite from Princess Mononoke. There also is the delicate title track from 2008’s Oscar-winning live-action drama, Departures; the otherworldly “The Procession of Celestial Beings” from 2013’s acclaimed Studio Ghibli film with another master director Isao Takahata, The Tale of Princess Kaguya; and a Hisaishi original, “Oriental Wind.”

Disc two focuses more on Hisaishi’s solo piano and small ensemble works, and it explores more of Hisaishi’s relationship with Kitano, whom Hisaishi worked with beginning in 1991 and continued collaboration with into the early 2000s as he explored new uses of electronic music. The more moody and grounded compositions from Brother, Kids Return, HANA-BI are all high-points in Hisaishi’s non-Miyazaki catalog. Disc two also more promptly features music from his solo albums, including the sweeping “Asian Dream Song,” the tender “Nostalgia,” and the bouncy “Spring.” Miyazaki highlights on disc two include music from Castle in the Sky, Nausicaä of the Valley of the Wind, and Ponyo on the Cliff by the Sea.

“I usually don’t look back on my past works so much,” says Hisaishi, “but for this project, I was mindful to master the album so that the tracks from different eras would sound together as a whole.” As making a comprehensive and cohesive journey, Hisaishi has succeeded.

In 2001, he directed his own film, Quartet, and composed its music. In 2004, he became the first music director of New Japan Philharmonic’s “World Dream Orchestra,” and in 2009, he was awarded the Medal of Honor with Purple Ribbon by the government of Japan.

Beginning in September 2014, Joe began holding contemporary music concerts called “Joe Hisaishi Presents Music Future,” which were later recorded as a live album. Three years later, he began presenting his “Joe Hisaishi Symphonic Concerts: Music from the Studio Ghibli Films of Hayao Miyazaki,” where he performed music from Miyazaki’s Studio Ghibli films around the world in cities including Paris, Melbourne, Los Angeles, New York and Prague. From 2016 to 2018, he worked as the Artistic Director of Nagano City Arts Center. In July 2019, Hisaishi started leading a concert series “Future Orchestra Classics.” With FOC, he released the “Beethoven: Complete Symphonies” CD boxset, which was given a special award at the 57th Record Academy Awards in Japan.