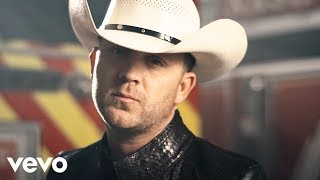 Justin Moore - The Ones That Didn’t Make It Back Home 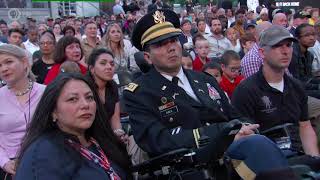 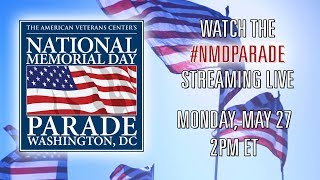 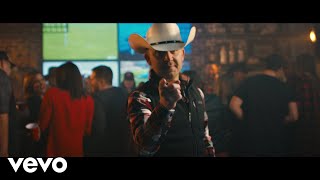 Justin Moore - Why We Drink 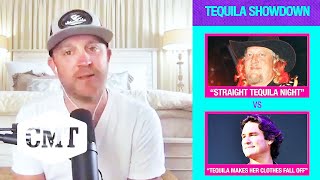 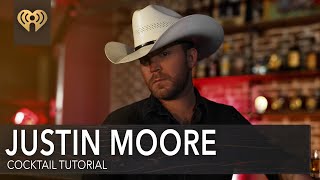 Justin Moore Teaches You How To Make His Favorite Drink! | Country Cocktails 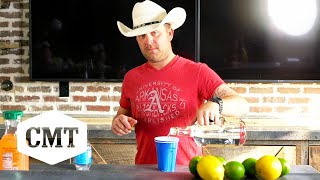 SINGLE: You, Me, And Whiskey (w/ Priscilla Block)

Justin Moore Announces 2023 ﻿“You, Me, And Whiskey Tour” With Priscilla Block

Justin Moore and Priscilla Block Team Up For “You, Me, And Whiskey,” ﻿Out Today (October 7)

Batteries Plus Partners with Justin Moore, Folds of Honor to Surprise Military Families

Justin Moore wanted to go back: back to tradition, back to basics, back to the beach.

“Before I ever had a record deal, my producer and I used to pop down to the beach in Florida and write for three or four days at a time,” the country star remembers. “I wanted to reconnect with that spirit on this new album, so I said, ‘Let’s go work down there again like we used to ten, twelve years ago.’”

Moore has grown from an aspiring songwriter into a chart-topping powerhouse in those years, but his stellar new album, ‘Late Nights and Longnecks,’ is proof positive that he’s still the same country boy at heart. Tipping its cap to Alan Jackson and George Strait, the record is Moore’s most traditional-sounding collection to date, a no-frills portrait of small-town life and big-time dreams that’s not afraid to let its hair down and party at the end of a hard day’s work. Equal parts celebration and reflection, the album is a showcase for Moore’s evocative storytelling and unforgettable voice, complemented here by an all-star band featuring GRAMMY and CMA Award-winning guitar icon Brent Mason ACM-winning pedal steel hero Paul Franklin among others.

“I’ve never worked with those guys before, but they’ve played on some of my favorite albums of all time,” says Moore. “We thought it would be really cool to bring them in and record the whole thing at The Castle, this historic studio just south of Nashville where a lot of those legendary hit records were made.”

Moore knows a thing or two about hit records himself. After signing to The Valory Music Co., an imprint of the Big Machine Label Group, he landed his first country #1 with “Small Town USA,” the breakout single off his 2009 self-titled debut. The record went platinum, as did its 2011 follow-up, ‘Outlaws Like Me,’ which yielded yet another #1 single with “If Heaven Wasn’t So Far Away.” In 2014, Moore landed the coveted New Artist of the Year trophy at the ACM Awards after releasing his critically acclaimed third album, ‘Off The Beaten Path,’ and in 2016, he dropped ‘Kinda Don’t Care,’ his third consecutive #1 record.The New York Times hailed Moore as proof that “old forms can stand even stronger with injections of new ideas,” while Billboard celebrated his “down-home personality and wry sense of humor,” and Rolling Stone praised the “upbeat mix of contemporary country and honest twang that he perfected.” Moore’s songs racked up more than a billion on-demand and programmed streams, and he performed everywhere from Kimmel to The Today Show in addition to headlining arenas and amphitheaters around the country.

Despite the stardom, Moore remained devoted to the simple things in life, treasuring his relationship with his wife and four kids and even taking time out from his relentless tour schedule to coach their basketball and softball teams. An Arkansas native, Moore grew up idolizing country legends like Dwight Yoakam and Keith Whitley, and it was those pillars of his life—home, family, tradition—that he found himself compelled to return to with ‘Late Nights and Longnecks.’

“I stepped out of my comfort zone and did things a little differently on the last album,” explains Moore. “We recorded some songs that became big hits for me that I probably wouldn’t have cut earlier in my career. It was a lot of fun to try something new like that in the studio, but afterwards, I really just wanted to just get back into writing songs and make the most traditional sounding record I could.”

With that in mind, Moore headed back to the beach where it all began (a little easier now that he owns his own house there), and this time, he invited some of his favorite Nashville collaborators to join him. The writing sessions were loose and raw, just a bunch of friends hanging around the table drinking beers and telling stories. They let song ideas take shape naturally, pouncing when lightning struck and sometimes completing songs from start-to-finish in as a little as an hour.

The resulting tracks exude the same blend of laidback cool and incisive intuition that marked the writing sessions, mixing playful tales of small town joy and family pride with more introspective musings on broken hearts and hard times. Raucous album opener “Why We Drink” kicks things off with a wry smile, as Moore rattles off a seemingly endless list of justifications for cracking open a cold one: “Cause the sun’s up / Cause it’s sundown / Cause my wound up needs a little unwound / Cause we’ve been working all day but we’re done now / Yea that’s why we drink.” Alcohol is a constant companion on the record, but Moore paints a complex picture of his characters’ relationship with it. Sometimes it’s medication (“Never Gonna Drink Again”), sometimes it’s escape (“Airport Bar”), sometimes it’s a memory you’d rather forget (“Jesus and Jack Daniels”).

“Drinking has always been a part of country music on both sides of the coin,” says Moore, “out of sadness and out of fun. There’s no shortage of either on this record.”

It’s not all journeys to the bottom of the bottle, though. The tender “That’s My Boy” explores the timeless bond a father shares with his son, while the driving “Small Town Street Cred” celebrates the uncomplicated joys of rural living, and the emotional “The Ones That Didn’t Make It Back Home” honors the soldiers, nurses, first responders, and teachers who’ve made the ultimate sacrifice in order to help make the world a better place for the rest of us.

“Every night onstage when I would introduce ‘If Heaven Wasn’t So Far Away,’ I’d dedicate it to the ones who didn’t make it back home,” explains Moore. “One night it hit me that that needed to be its own song. It’s fun to have hit records and all that, but the thing I’m most proud of as an artist is when I hear from people that the songs I sing helped them get through a difficult time in their life. I hope this song can have that kind of impact on folks.”

That desire for comfort and connection is what ‘Late Nights and Longnecks’ is all about. Some characters find it at the bar, some find it at home, some don’t find it at all, but at the end of the day, they all share the search in common, asking the big questions and facing down the future in the process. For Justin Moore, moving forward meant going back to where it all began, and he couldn’t be happier about it.

“Not only is this my best album, it was the most fun I’ve ever had making a record,” he says. “That’s the whole reason I got into this business in the first place.”

Multi-PLATINUM hitmaker Justin Moore has built a loyal following over the past decade with his traditional country sound and captivating live shows. Climbing the country radio charts with his current single, “With a Woman You Love,” the emotional tune follows in the footsteps of his 10th No. 1 hit, “We Didn’t Have Much,” which is featured on his eight-track collection of tunes, ‘Straight Outta The Country.' The Arkansas native’s extensive fanbase helped boost his fifth studio album, LATE NIGHTS AND LONGNECKS, to the top of the charts upon its release. Lead track “The Ones That Didn’t Make It Back Home,” and follow up “Why We Drink” both peaked at No. 1 on both Mediabase and Billboard. Moore’s previous project, KINDA DON’T CARE, earned the singer his third consecutive No. 1 album debut and features his chart-topping singles “You Look Like I Need A Drink” and “Somebody Else Will.” It served as a follow up to his second No. 1 album release, the GOLD-certified OFF THE BEATEN PATH. Over his 10+ year career, Moore’s No. 1 hits have also included “Point at You,” “Lettin’ The Night Roll” “If Heaven Wasn’t So Far Away,” “Small Town USA” and “Till My Last Day” as well as seven Top 10 hits and PLATINUM-certified albums JUSTIN MOORE and OUTLAWS LIKE ME. The Valory Music Co. recording artist has earned multiple ACM, ACA and ACC Awards nominations as well as an ACM Award win. He has shared the stage with Hank Williams Jr., Brad Paisley, Miranda Lambert, routinely traversing coast-to-coast on headline runs and hitting the road this spring to headline his ‘Country On It Tour.’ Adding to his already impressive career, Moore has also been busy hosting his Justin Moore Podcast sponsored by Bobcat with tour manager JR and interviewing guests such as Oscar award-winning actor Matthew McConaughey; Country stars Tracy Lawrence, Jon Pardi, Brantley Gilbert; wrestling champion Diamond Dallas Page and ESPN’s Marty Smith. He also recently took on a new role as co-host on 103.7 The Buzz's morning drive-time sports talk show, "Morning Mayhem," where he spends his weekday mornings dishing out his never-ending sports knowledge on-air. For tour dates and more, visit, JustinMooreMusic.com.

You, Me, And Whiskey

With A Woman You Love

We Didnt Have Much

Live at the Ryman

The Ones That Didnt Make It Back Home