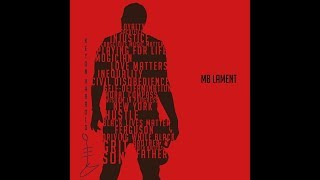 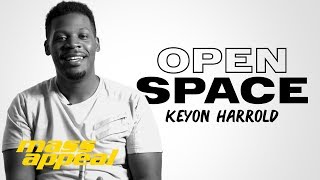 A Q+A with Keyon Harrold

“Even when things don’t work out the way they’re supposed to, I believe in people and I believe in their good nature,” says Keyon Harrold. “As an artist, I choose to paint from the perspective that things will get better.”

Hailed as “the future of the trumpet” by Wynton Marsalis, the GRAMMY-winning musician was born and raised in Ferguson, MO, the St. Louis suburb that tore into America’s national consciousness in 2014 with the police shooting of Michael Brown. The unarmed teen’s death, as well as the bitter protests and riots that followed, weigh heavily on Harrold’s stunning new album, ‘The Mugician,’ but the record examines our troubled times through a far wider lens than any one tragedy, combining cutting, insightful lyrics and spoken word passages with evocative, often-heartbreaking musical arrangements to paint a portrait of a deeply divided nation, one still grappling daily with the raw, open wounds of discrimination. It’s a difficult record to categorize; sweeping and cinematic, the music draws on elements of jazz, classical, rock, blues, and hip hop to create something uniquely modern and unmistakably American. Guests from across the spectrum including Pharoahe Monch, Gary Clark, Jr., Big K.R.I.T., Guy Torry, Georgia Anne Muldrow and Robert Glasper add to the record’s eclectic nature, but it ultimately triumphs as a unified, cohesive whole both because of Harrold’s virtuosic skill as a trumpeter and songwriter and because of his relentlessly optimistic belief in brighter days to come. These are songs of longing and ache, to be sure, but they’re also songs of hope and desire, of faith in the future and in his fellow man.

“I literally love humanity and always try to see the beauty in it,” Harrold explains. “I truly believe that everybody has the ability to change and move forward and look at things positively.”

Harrold grew up one of 16 children in a family that prioritized music and community across generations. His grandfather was a police officer who retired from the force to found a drum and bugle corps for local youth, both of his parents were pastors, and nearly all of his siblings sing and perform music today (including his GRAMMY-winning brother, Emmanuel, who currently plays drums with Gregory Porter).

“Music was something meant to be played together,” reflects Harrold. “All my siblings and cousins had to take part in the drum and bugle corps. My sisters were in the choir, and we all sang and played in church, too. Music was everything to us.”

Culture shock hit Harrold hard at 18, when he left Ferguson for New York City to enroll in The New School. In New York, he landed his first major gig performing with Common, an experience which he says broadened his musical horizons beyond the jazz and swing he’d been studying to include funk, Afrobeat, R&B, and hip hop. It didn’t take long for the wider world to catch on to Harrold’s singular talent, and soon he was performing onstage and in the studio with stars like Snoop Dogg, Jay Z, Beyonce, Rihanna, Eminem, Maxwell, and Anthony Hamilton. He toured with the Count Basie and Roy Hargrove Big Bands, hit the road with Cirque du Soleil’s acclaimed ‘Michael Jackson: The Immortal World Tour,’ and won a GRAMMY for his trumpet performances in Don Cheadle’s Miles Davis biopic ‘Miles Ahead.’ In 2009, Harrold released his solo debut, ‘Introducing Keyon Harrold,’ which prompted All Music to hail him as one of the “leading jazz trumpet players of a new generation.”

Recorded primarily in LA and New York, ‘The Mugician’ proves Harrold to be all that and a whole lot more. The album’s title (a portmanteau of “musician” and “magician”) is a nod to a nickname Cheadle bestowed upon the young virtuoso, and it’s an apt descriptor for a record that pushes beyond the traditional boundaries of jazz trumpet. In fact, the album doesn’t even begin with trumpet, but rather with a track called ‘Voicemail,’ which features an inspirational message from Harrold’s mother set to a stirring, orchestral soundscape. Entirely unedited, her words are raw and unscripted, and they help lay the groundwork for an album that celebrates the importance of family (ten of Keyon’s siblings appear on the record) and the absolute necessity of optimism in the face of darkness and doubt. By the time Harrold’s trumpet arrives nearly three minutes into the song, you’ve almost forgotten that you were waiting for it, and the moment is all the more triumphant for his restraint.

“The day that we completed mixing that song, my mom had a massive heart attack,” says Harrold. “I flew back home to see her in the hospital, and before they had to sedate her for ten days, I was able to play the song for her. Fortunately, she pulled through. It’s such an emotional song for me, it had to be the first thing people heard.”

These days, Harrold is a parent himself, and he pays tribute to his son with a pair of tracks on the album, “Lullaby” and “Bubba Rides Again,” the latter a playful, high-energy jam that mixes blazing trumpet and electric guitar. On the record’s title track, Harrold puts on a stunning display of musicianship that imbues his unique brand of jazz with elements of reggae and rap, while Georgia Anne Muldrow’s powerful vocals call to mind Erykah Badu on the soulful “Wayfaring Traveler,” and the romantic “Ethereal Souls” floats up like a gentle autumn breeze. Thematically, issues of identity and equality percolate throughout the record, sometimes subtly beneath the surface, sometimes more pointedly, as in “Circus Show,” when Gary Clark, Jr. sings, “Fake news real lies they don’t really care / Police shooting like a carnival game / Hit a black bullseye and you won’t get blamed.” However, the album’s most powerful moments come with the one-two punch of “MB Lament” and “When Will It Stop,” songs written in the wake of Michael Brown’s death and the senseless killings of so many others like him.

“When I wrote the song for Mike Brown, it was because I can understand what it felt like to get stopped by the police and not know what was going to happen,” says Harrold. “Before I moved to New York, I was arrested and not charged three different times as a young kid. People are just hearing about Ferguson now, but the systemic racism has been there the whole time, so I sympathize with folks feeling afraid, not knowing what’s going to happen, just hoping they’ll survive a police officer stopping them. It happened every day to people I know, and sometimes those folks can’t speak for themselves—obviously Mike Brown was left voiceless—so as humbly and as honestly as I can, I try to speak for those people with my music.”

It’s a monumental task, one that calls for tremendous empathy and sensitivity. To give voice to the silenced requires more than just talent and ambition, it requires faith, imagination, strength, vision, and determination. Above all, it requires perspective. Fortunately, that is what Keyon Harrold brings most of all.