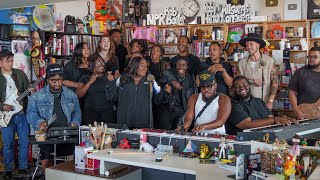 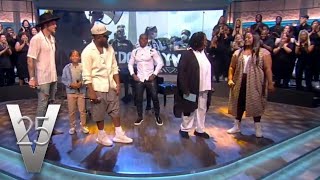 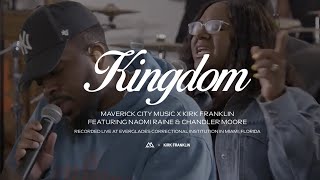 Maverick City Music is a multi-racial, multicultural, genre-bending group that brings hope to all, regardless of whatever race, gender preference and faith. Launched in 2018 after hosting seventeen songwriting camps, which brought together more than 100 Christian artists and songwriters, Maverick City Music is a group comprised of breakout artists including Tony Brown, Jonathan Jay, Chandler Moore, Brandon Lake, Naomi Raine, MJ George, Harold Brown, Lizzie Morgan and Aaron Moses. Recently winning their first GRAMMY for Best Contemporary Christian Music Album and completing a historic televised performance on the show, Maverick City Music was also nominated across four categories at the 2022 Billboard Music Awards earlier this year. Their latest album, ‘Kingdom Book One,’ is out now (6.17.22). A collaboration with Kirk Franklin, it aims to raise awareness toward the plight of mass incarceration, and fans can hear it live on their headline ‘The Kingdom Tour,’ hitting arenas across the nation through August 2022.