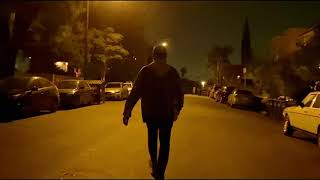 Phil Augusta Jackson Proves He’s ﻿“One Hell of a Rapper” (KUTX) On New EP, The Redondo Tape EP – Out Today

Phil Augusta Jackson is a writer, actor, director, and musician from Philadelphia and based in Los Angeles. He is currently a co-executive producer on the critically acclaimed HBO series, Insecure. His writing credits also include Comedy Central's Key & Peele, Survivor's Remorse on the Starz Network, and Fox's Brooklyn Nine-Nine. He's received Emmy, WGA, and NAACP award nominations for his contributions on Key & Peele. Phil has self-produced and directed shorts and music videos as well as directing for Brooklyn Nine-Nine, where he also worked as a supervising producer.

As an actor and performer, Phil was formerly selected for the New Faces Characters Showcase at the Montreal Just for Laughs Festival. He was also the resident poet for the cult hit talk show, The Chris Gethard Show, where he wrote and performed original pieces. In addition, Phil is a songwriter, musician, and vocalist, and his next EP, The Redondo Tape, will be released this summer. He will direct the first music video for the release.

Want to see what a debate SHOULD look like? The latest from @IQ2US starts now. Three questions being debated: 1.… https://t.co/QB6SGbl9nd