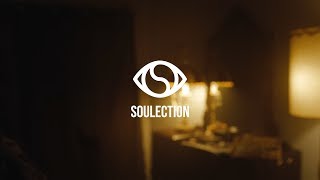 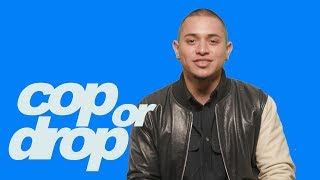 INTRO
Since 2011, Soulection has been a cornerstone of creativity for innovative musicians, crate-digging DJs, and open-minded fans from across the world. What began as an independent radio show has since blossomed into a global community of artists and audiences, united in a borderless, genre-bending, musical movement. Over the past eight years, their grassroots expansion is a model of what happens when one stays true to their roots in the constantly evolving digital age of music. From putting out independent releases with producers like Ta-ku, Sango, Dpat, and Atu on Bandcamp to being the first collective invited to play Coachella, Soulection’s growth has been organic and fruitful. Today, Soulection exists as a Beats 1 radio show, an independent music label, festival (Soulection Experience), world-touring concert and clothing line.

RADIO
Joe Kay began engineering his vision of Soulection on Cal State Long Beach’s college radio – KBeach in 2011. Kay was aiming to fill the void of what they felt was missing from digital music platforms at the time.While Kay pulled inspiration from stations like BBC Radio 1 in Europe, he was conducting his own modern experiments in radio. The first hour-long Soulection Radio Show was broadcasted on January 24, 2011, alongside Soulection's first compilation featuring 25 artists from around the globe.  This marked the birth of a worldwide network that would rapidly expand via platforms like Soundcloud, Mixcloud, & Bandcamp. This early era of Soulection Radio was instrumental in empowering Soundcloud producers in alternative R&B/hip-hop spaces by providing a larger creative outlet for this once-niche, experimental soundscape.

Since the KBeach days, Soulection Radio has had programming on major internet radio outlets like RINSE.FM and Red Bull Radio. On July 4, 2015, Soulection Radio premiered their first show on Apple Music’s Beats 1 radio platform and broadcast to over 100 countries. Beats 1 has been Soulection’s longest running radio residency and they currently share airtime on the platform alongside shows by artists like Zane Lowe and Ebro.

LABEL
Since its inception, Soulection’s independent label has been a creative hive for hard-working, experimental musicians. In only a few years, Soulection has elevated an eclectic roster, featuring artists who make house, hip-hop, R&B, electronic, and hybrid variations of all the above. The community of 20+ artists including Sango, Tay Iwar and Jared Jackson have been carefully selected to ensure diversity in sound and substance, with an emphasis on maintaining authenticity. When working with artists, Soulection prioritizes personal development over profits and in the process, fosters a community where artists can innovate, grow, and develop with one another. For example in 2016, Soulection enlisted their roster of producers to remix songs from Goldlink’s LP “And After That, We Didn’t Talk”. The result was a  sonically diverse alternate album that received widespread acclaim. In terms of personal growth, many of these producers go from creating music in their bedrooms to playing massive festivals in a matter of months. These inspirational stories often travel within the Soulection Radio community, inspiring listeners to expand their minds and producers to keep honing their craft.

TSOT
Since 2012, Soulection’s worldwide touring arm, “The Sound of Tomorrow” has become a major milestone for the Soulection family. Selling out venues across six continents, from Africa to Europe, the impact the crew’s efforts have had on fans across the planet is crystal clear. TSOT has made presence in Amsterdam, London, Paris, Tokyo, Manila, Sydney, Cape Town, Proto, Kuala Lumpur, Bangalore and more. Through the power of the internet, Soulection’s game-changing approach to music curation has resonated with those who universally understand and embrace the “sound of tomorrow.” Back in North America, Soulection has also increased their presence on the festival circuit in recent years with showcases at Electric Forest, Afropunk, Lightning in a Bottle, and Coachella demand for the collective grows. In early 2019, Soulection had their second annual festival dubbed the “Soulection Experience” in Los Angeles at the Shrine Expo Hall. The sold-out show featured affiliated artists like Ella Mai, Goldlink, Mr. Carmack and more in what felt like a homecoming concert for local fans.

OTHER EFFORTS
While most are familiar with Soulection for their efforts in music, the collective has also put forth conscious initiatives to bridge gaps in the community through creative meetups, philanthropy, and community service. Between the Soulection BBQs, community runs, and photography meetups, supporters are given the opportunity to unplug and have meaningful experiences offline. During select LA shows, Soulection has offered discounts for attendees who donate select products to the LA Mission’s Women’s Outreach. These efforts resulted in over 500 pounds of donated supplies to help support the local community. Founders and fans are happy to pay it forward and contribute, as empowering your community is an integral part of Soulection’s ethos.

CONCLUSION
For those around during the early days of Soulection, it is a relief to see that in the collective’s expansion, the key elements that initially captivated everyone remain fully intact.
Over the years, the rise to prominence has only served to elevate the music, widen the reach, and bolster the inspirational messages of individuality, creativity, and discipline within the community. Whether its an hour slot on a local college radio station or a live performance at Coachella, Soulection has consistently provided “the sound of tomorrow” today and for that we are grateful.

Joe Kay is the CEO and Co-Founder of Soulection - a globally recognized platform for future music and artist development. As Head of A&R as well as host of Soulection Radio on Beats1 and an active DJ in the worldwide music community, Joe oversees all artists while digging for the timeless "Sound Of Tomorrow" to share with the world.

A lover of music and a visionary in his own right, Joe sees no obstacles in his path, creatively problem-solving as he approaches every situation with compassion and an open mind. Joe's commitment to increasing visibility for music and educating the public is achieved through the weekly 2-hour Soulection Radio broadcast on Apple Music's Beats 1 in over 100+ countries worldwide every Saturday. With broadcasting as his first passion, Joe started humbly in his grandmother’s basement recording a weekly podcast called 'Illvibes' with positive, progressive and forwarding-thinking music. The podcast grew exponentially garnering an organic 20,000+ listeners in just about one year.

Shortly following the success of 'Illvibes', Joe started Soulection Radio on his college radio station K- Beach which at its height received over 50K+ playbacks per episode. It was after Soulection Radio launched that Soulection grew into a label and culture. Soulection is a record label, radio show and niche collective of creative music makers and programmers worldwide.

Based in Los Angeles, CA, Soulection curates timeless music and good vibes from around the world and increases visibility for them through the The Sound Of Tomorrow (TSOT) construct – digitally via social media and offline via TSOT live events and the Soulection Radio weekly broadcast. As a trusted resource and global platform pushing forth The Sound Of Tomorrow on both the music creation and music consumption sides, Soulection aims to inspire and foster an environment that values creativity, organic and positive vibes, hard work and vision.