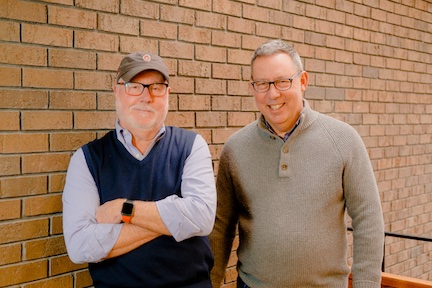 Following its 1968 debut, Summerfest presented by American Family Insurance has evolved into what is now recognized as “The World’s Largest Music Festival” and Milwaukee’s cornerstone summer celebration, hosting the music industry’s hottest stars, emerging talent andlocal favorites along with approximately 800,000 people from Milwaukee and around the world each year for an unforgettable live music experience. During the festival, the spotlight shines on over 800 acts, over 1,000 performances, 12 stages, delectable food and beverages and interactive activities, all in a world-classfestival setting. Summerfest 2019 takes place June 26- 30 and July 2-7, 2019, closed on July 1. For more details, visit Summerfest.com, Facebook.com/summerfest or Twitter: @Summerfest.

A 42-year veteran of Milwaukee World Festival, Inc. and highly respected member of the entertainment industry, Bob manages a tens of millions of dollars in entertainment budget for Summerfest on an annual basis.  In addition to leading the music production team during Summerfest, he oversees the music portion of events held at Henry Maier Festival Park, BMO Harris Pavilion and in the American Family Insurance Amphitheater throughout the summer season.

Bob also books events for the Milwaukee Admirals and various venues in and out of Wisconsin including O.C. Bikefest in Ocean City, Maryland.  Bob has close working relationships with all major talent agencies and management firms and has been a featured speaker at industry events such as the International Entertainment Buyers Association (IEBA). He is on the IEBA Board of Directors, serving as President in 2019, and is also a past recipient of the IEBA Festival Buyer of the Year award.

He received a Bachelor of Fine Arts Degree from University of Wisconsin - Milwaukee. Bob Lives in Glendale Wisconsin, with his wife Tammy and his two children. When not booking music, you can find Bob either fly fishing or trying to play golf.

In his time with MWF, the organization has invested over $150 million in Henry Maier Festival Park, significantly enhancing the festival experience for millions of festival patrons. Under his leadership, Summerfest has hosted a variety of music’s superstars, including the Rolling Stones, Prince, Tom Petty, Bruno Mars, Luke Bryan, Lady GaGa, Usher, Stevie Wonder and Paul McCartney.
Don is a seasoned veteran of the entertainment and marketing industry. He is the former president of the Florida Marlins Baseball Club, and he helped lead the team to a World Series victory in 1997. Don began his career with the Marlins at the team’s inception and held positions in the sales department and as vice president of marketing. Don also served as the Chairman of Pro Player Stadium, where he was responsible for event management during the 1995 NFL Super Bowl, professional football and baseball games, concerts and other events.
Additionally, Don was involved with Blockbuster Entertainment Corp. from its inception. While at Blockbuster, Don served as an assistant to the Chairman of the Board and also worked with the franchising, real estate, merchandising operations and marketing. He led a number of the company’s early marketing and branding programs, and helped grow Blockbuster into a position of world leadership in the video rental and entertainment industry.
Don has also successfully served as executive director of the Honda Classic golf tournament, one of the top events on the PGA tour, and as vice president of marketing for Huizenga Holdings.

In his current role, Don joined the board of directors for the Rock ‘n Roll Hall of Fame and Museum in Cleveland, Ohio in 2011.  Serving the Milwaukee community, Don leads the Southeastern Wisconsin Professional Baseball District, home to American Family Field and the Milwaukee Brewers, as Chairman of the Board.  He is also a member of the Greater Milwaukee Committee, private sector civic organization whose mission is to contribute to the cultural and economic base of the Milwaukee Metropolitan area.
Don grew up in Racine, Wisconsin and is a graduate of St. Catherine’s High School. He holds a Bachelor of Science degree in Communications from the University of Wisconsin-Oshkosh.