For The Birds: The Birdsong Project 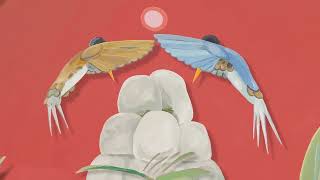 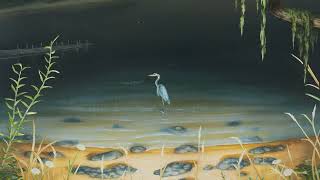 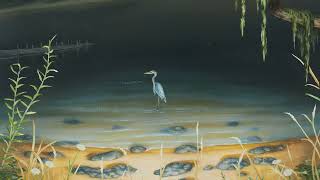 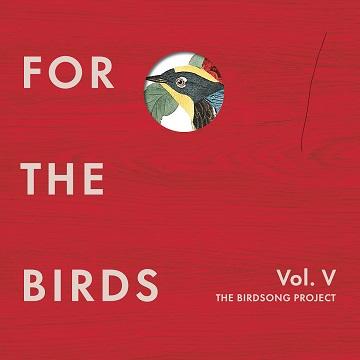 For the Birds: The Birdsong Project Volume 5

For The Birds: The Birdsong Project Volume V Out Today

For The Birds: The Birdsong Project Volume IV Out Today

For The Birds: The Birdsong Project Volume III Out Today

While quarantining in New York during the first year of the pandemic, acclaimed music supervisor Randall Poster attuned his ears to the rare and relative stillness of the natural world around him, revealing new sounds hiding in plain sight. “I spent a lot of time listening to the birds singing,” he says. “I was not alone. It was something that my friends and I began to talk about: the beauty of birds, the joy and mysteries of birdsong.”

Having overseen the music in Wes Anderson’s films for 20 years and produced and curated eclectic, multi-artist albums based on themes as disparate as the American Civil War and Woody Guthrie’s dustbowl ballads, Poster now found himself profoundly inspired by the birdsong no longer indistinguishable from the ever-present sonic tableau of life in a bustling city.

“I found that a lot of people I knew were having the same awakening – they were becoming more sensitive to the nature around them, especially if they lived in urban environments,” he says. Further conversations with Rebecca Reagen, a conservationist friend in Los Angeles led Poster to give more thought to the persistent threats to bird life, so he began reaching out to his network of friends and collaborators in hopes of creating something truly unique that could draw attention to this ongoing issue.

“The idea was to draw attention in a joyful way to the beauty of the birdsong, but also the crisis of bird life,” says Poster of this Herculean effort, which provided him a “magical distraction” during a very frightening time. “People who are otherwise divided can come together and agree on this issue. At this moment, people are looking to do things borne out of joy, rather than a sense of impending apocalypse, and that’s where music, poetry and art come in.” Indeed, For the Birds finds an essential sense of solace in the lushness of our environment while also helping ensure its future: all proceeds from the project will benefit the National Audubon Society.

The more Poster pitched the idea to artists, the more happy accidents kept occurring. For example, Poster had no idea Yo-Yo Ma had recently recorded a piece of music outdoors when he queried him about the project, prompting the legendary cellist to happily donate “In the Gale” to For the Birds. Poster also discovered that Wild Belle’s Elliot Bergman had begun recording birdsong outside his home in Chicago in hopes of using it for some musical purpose, and their shared passion for these sounds led Bergman to becoming an executive producer on the album. For the Birds even features an honest-to-goodness ornithologist in Shearwater’s Jonathan Meiburg, author of the 2021 book A Most Remarkable Creature: The Hidden Life of the World’s Smartest Birds of Prey.

“We were really intent on this notion of community,” Poster reflects. “I think people want to be part of something that’s bigger than themselves, and when we didn’t know how long the pandemic was going to go on, we found comfort in looking out the window to see nature still doing its thing.”

The contributors incorporated bird-driven inspiration in any number of forms, from writing songs about the creatures in every imaginable genre to weaving entire pieces of music around their calls and squawks. A prime example of the latter is Cave and Ellis’ “Wood Dove,” which was the first track to be submitted and as such was chosen as the opening selection on For the Birds. Director Jim Jarmusch and Carter Logan (together working as SQÜRL ) recorded birds in the Catskills region of New York for his contribution, “Catskills Dawn", while Beach House’s aptly named “Sanctuary” includes recordings made in group member Victoria Legrand’s front yard bird sanctuary. Japanese singer Hatis Noit’s “Birds Return,” which finds her intoning in a language of her own creation, was inspired by the natural soundtrack of London’s Victoria Park.

The breadth of artistic approaches is as enormous and varied as the list of contributors. Mirroring the calm and introspective feeling of watching birds go about their daily lives, many tracks are meditative and wordless, such as Beck’s heavily reverbed “Archangel” and the cooing bird-enhanced soundscapes of Sam Prekop’s “Stations Parallel.” Elsewhere, Alaska Reid and A.G. Cook offer tender  synth-pop with vocals manipulated to sound like birds on “Seeds,” El Buho sings in Spanish on the lilting, genre-bending “Una Melodia,” Kaitlyn Aurelia Smith ruminates on bird migration with the burbling electronica of “Migration,” Calexico goes full desert boogie rock on “Great Blue Heron” and Horovitz bashes out garage punk on “Pasadena Parrots.”

Throughout, the songs are directly inspired by the nearly incomprehensible diversity of bird life on earth, from cuckoos, sparrows and crows to hawks, turtle doves and kookaburras and skylarks, owls and magpies. “This should be so very obvious – without birds, we would be knee-deep in worms, swarmed by bugs, the trees bereft of song,” says Costello. “The least we can do is raise our voices in praise or lament. I’m grateful to Randall for asking me to join his magnificent flock.”

Adds James, “birds have so much to teach us. If we listen and watch, they can lead the way for us all to have more harmonious lives. Improving the world for the sake of the birds also naturally helps better the world for all living beings. Talk about a win-win!”

“In listening to these records over and over, I never skip a single song,” Poster enthuses of the strength of the compositions collected here. “In spite of the diversity, the birds unify all this music.” Inspired by the “anything goes” panache of late music producer Hal Wilner, Poster simply kept adding tracks to For the Birds even after he’d received more of them than he imagined being able to actually release.

Luckily, musicians trust that I will put their work to good use and that they will be in great company.”

To be sure, For the Birds possesses a scope far wider than sound, including a collection of poems from writers like Maggie Smith, Ocean Vuong, Jonathan Franzen and Jorie Graham read by everyone from Robert Pattinson and Florence Welch to Conor Oberst and Greta Gerwig. The collection will be released in a richly designed 20-LP boxed set featuring original artwork and a 60-page book, with four volumes at a time first coming out digitally in five monthly drops through September.

Later this year, For the Birds will be part of an exhibition of bespoke designed birdhouses at the Brooklyn Botanic Garden, and partnerships are underway with the American Museum of Natural History, California’s Lotusland gallery and Warby Parker to spread the project far beyond its original inklings.

“The things we can all do to help save the birds are the same ones we can do to help save the planet,” Poster says of the ultimate aim for For the Birds. “It’s all connected, and that’s something I certainly became more aware of while working on this project. We’re hopefully bringing people together that otherwise may never have appeared on the same album or have been inspired by the same issue, and I think we’ve gathered a community that speaks to the world with great power.”