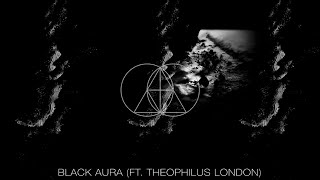 The arrival of 2020 brought with it a most auspicious milestone: the ten-year anniversary of The Glitch Mob’s debut album, Drink the Sea. In the span of the past decade since, The Glitch Mob – comprised of its core trio of multi-instrumentalists/ producers Justin Boreta (aka Boreta), Ed Ma (edIT), and Josh Mayer (Ooah) – has become one of the most beloved and enduringly relevant electronic-music outfits.  During that time, The Glitch Mob has built a large and loyal fan base in a career that launched them from clubs to Coachella and Lollapalooza to toplining their own Red  Rocks shows. The Glitch Mob has performed to hundreds of thousands of people – all while releasing numerous successful singles, EPs, and two more major album releases,  2018’s See Without Eyes and 2014’s Love Death Immortality (which would enter the  Billboard 200 at #13 in its first week).

In hindsight, though, it was Drink the Sea that would ultimately define the group to its passionate community – and at the same time, defiantly carve out its own lane beyond the EDM bubble (or any other genre stratifications, for that matter). “It’s funny – when it came out, Drink the Sea proved by far the most polarizing thing we’d done up to that point,” edIT notes. “Yeah, it seemed like our mission was to confuse our audience – but now those songs have become our ‘greatest hits,’” Boreta adds with a laugh.

He’s only half-joking, however. Drink the Sea certainly proved popular upon initial release, going to sell around 100,000 copies, with songs like its flagship single, the  Avant-digital boom-bap banger “Drive It Like You Stole It,” seemingly appearing in every film trailer and video game soundtrack. The album’s true impact, however, would be felt as streaming came into its own. Indeed, the songs from Drink the Sea have racked up the most in the entire Glitch Mob catalog – responsible for ann astonishing 640,000,000-plus streams alone.

Such success for Drink the Sea didn’t always seem preordained, however. The album in fact came at a make-or-break moment in The Glitch Mob’s existence. Boreta, edIT,  and Ooah realized this was their only chance to cement their artistic identity as a  collective. As the group convened early sessions for Drink the Sea, they decided there was no other choice but to essentially flip the script on everything Glitch Mob had become at that point.

Both as solo artists and as a group, the members of The Glitch Mob first gained underground love as a standout amidst Los Angeles’ burgeoning, innovative bass music community. Playing alongside the likes of Skrillex, Nosaj Thing, Flying Lotus, and  Odd Future on bills at L.A.’s legendary underground “beat scene” club, Low-End Theory, Glitch Mob helped create a movement that merged IDM, hip-hop, dubstep,  trap, and G-funk into a new electronic-music language. The Glitch Mob’s rep first blew up on a series of internet-only original tracks and classic bootleg remixes like their dancefloor-detonating take on White Stripes’ “Seven Nation Army” – all bouncing back and forth across Internet portals until the group gained a substantial cult. For their debut album, though, The Glitch Mob realized they had to scrap everything and start fresh if they were going to create an ongoing legacy that mattered.

Ground rules were set early on for Drink the Sea: no samples, and no easy ‘bass music’  tropes. That meant no crowd-moving drops, pumping sidechain compression – and especially none of the kinetic, chopped up, glitched-out digital destruction from which  The Glitch Mob actually took its name. This was The Glitch Mob MK II – a decidedly more organic, less quantized version of its previous self. “We had to put it down like that – to make clear that going forward, we couldn’t be just categorized as DJs, or bass producers, or even purely electronic music,” Ooah notes. “The next thing we did couldn’t be just a bunch of random tracks pulled off Soundcloud,” Boreta continues.  “We come from DJ culture – that journey is in everything we do; sometimes we fit a  whole DJ set into a single song! But that’s why we decided Drink the Sea had to be something different and unique, like we’d never done before. Otherwise, we’d be  putting ourselves in the same box forever, never able to evolve.”

To that end, the members of The Glitch Mob decided to work outside the box – literally,  giving the album a surprisingly human, warm, analog feel intentionally out of step with the era’s hyper-digital computer grooves. In fact, the first instrument heard on Drink the Sea’s opening track “Animus Vox” isn’t a chopped-up sample, bit-crushed drum machine, or twisted sine wave: it’s Ooah finger-plucking a haunting melodic progression on electric four-string bass. The record also features the first actual singing on a Glitch Mob track, provided by haunting female vocalist Swan on atmospheric trip-hop standout “Between Two Points” – revealing The Glitch Mob at its most poetic, introspective, and vulnerable.

“We deliberately used things like vocals, analog outboard gear, and ‘real’ instruments to take our audience out of its comfort zone – and ours, too,” edIT explains. “Having  Swan sing on ‘Between Two Points’ helped provide a necessary contrast to a lot of the beat-driven music we’d made up to then, too,” Boreta elucidates. “It cut down on the heaviness and testosterone. There’s more melody and soul to immerse into there than  usual.”

“We wanted it to still sound like Glitch Mob,” Ooah clarifies. “There are still huge drum  sounds, wailing synths, head-nod beats – but just not always with the ingredients  you’d expect.” “We just tried to not be tied either to the grid or what we’d done before,” Boreta says. “We come from stuff like Aphex Twin, Boards of Canada, and  hardcore turntablism, so it’s innate with us to want to avoid and deconstruct any stock sounds or arrangements. We discovered we hate repeating ourselves, so going forward  we wanted to put the listener in a state of sublime confusion – never knowing what to  expect, song to song, or even moment to moment.”

That’s exactly what happened when The Glitch Mob debuted the new material from  Drink the Sea at a packed headlining Sahara Tent set at Coachella 2010. If contemporary dance music has a “Dylan goes electric” moment, it’s probably this one.  Boreta, edIT, and Ooah definitely confused the capacity audience ready to have its face melted as The Glitch Mob took to the stage playing... guitars. In addition, they played  the album, which had only come out that day, in sequence. The majority of the audience was unfamiliar with the material, hearing those songs for the very first time –

instead of the viral hits that had made The Glitch Mob’s reputation.

“Perhaps it was a little too soon,” Ooah admits. “There was a lot of confusion after that  on Twitter, like, ‘Uh, what the hell was that?’” But then something funny happened. As  The Glitch Mob continued to relentlessly tour behind the album – creating a more visually spectacular and sonically Boombastic show as they went, at venues and festivals the size of which they’d never played before – the songs from Drink the Sea went from being the outliers of the set to the main event. Songs that made everybody go ‘huh?’ at first soon became considered Glitch Mob classics. As such, it’s hard to  imagine a Glitch Mob performance without, say, the soaring syncopated string  melodies and earthbound kick-drum thump of Drink the Sea’s “Bad Wings,” or the  badass big beats and electro-crunch drama of “Fistful of Silence.”

All the while, a crush of remixes from fans posting on YouTube to official re-rubs from electronic-music icons spanning Machinedrum and King Britt to DJ Vadim, kept Drink the Sea vital in the clubs, transcending mere stylistic pigeonholing. For the members of  Glitch Mob, the eventual success of the group’s first album begat a tradition: challenge themselves and change it up fresh, every time out. That was true with Drink the Sea’s immediate follow-up, Love Death Immortality, which experimented more with vocals, as well as beats and hooks scaled up for the huge festival audiences and packed arenas the Glitch Mob members now found themselves playing to regularly.

Like its predecessor, See Without Eyes would go to #1 on the Billboard Dance/ Electronics Chart four years later – again, success earned without artistic compromise.  See Without Eyes artfully combined the best of what had come before via The Glitch  Mob – one half headphone masterpiece, the other dancefloor dynamite. See Without  Eyes was The Glitch Mob’s most advanced recording yet – effortlessly combining innovative electronic soundscapes, big-tent basslines, and virtuoso sound design for an even more cinematic, timeless scope. “The best thing that happened with Drink the  Sea was, while we didn’t compromise anything artistically or stylistically, our fans still come along with us for the ride, to this day,” edIT states. “No matter where we go, they  know it’s going to be something different, that pays off with patience.’

“We’re so lucky,” Boreta concludes. “With Drink the Sea, we found our audience doesn’t follow trends. Instead, they grow with us. Now they trust us and fearlessly follow wherever we go creatively. Now that’s the bond we have: they push us to bring something new and fresh every time out – to never repeat ourselves. As artists, we  couldn’t want anything more.”