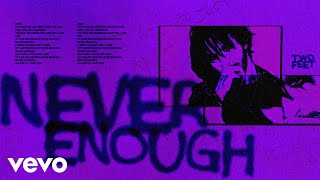 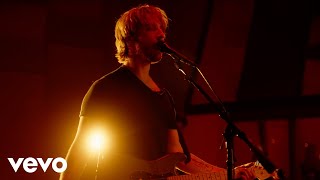 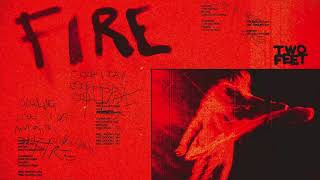 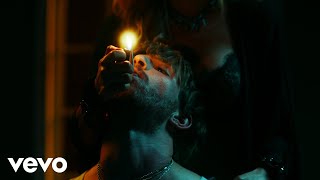 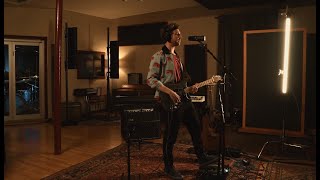 Two Feet Enters His Next Era on “Fire in My Head,” Brand New Single & Video Out Now via AWAL

Two Feet Embodies a Magnetic New Persona on Max Maco Is Dead Right?, His Most Accomplished & Conceptual Album to Date

Two Feet Unearths His Trauma Through The Lens Of His Fictional Foil On Concept Album ‘Max Maco Is Dead Right?,’ Out April 16 Via AWAL

Sometimes understanding what you’re capable of requires becoming someone else. Bill Dess, who since 2016 has been making confrontational and coarsely romantic music as Two Feet, wanted a challenge. For most of his career he’d bristled against the constraints of traditional pop songwriting, the critic-approved respectability of the album format, the handed-down expectations of what a song should sound like.

For instance, his bluesy, bass-heavy first single “Go Fuck Yourself” has no bridge and no hook. His 2020 major-label debut Pink does away with the chorus on many of its songs; it’s plush with instrumentals and interludes. You could say he’s a bit of a contrarian. And what’s more contrarian than reversing your own stances?

That’s exactly what Dess does with his new project, a concept album. But to embrace the LP as a storytelling device—to embrace the directness of a pop song—he needed to step outside himself. Enter Max Maco.

Before he had a new song, he had the idea for this character, a troubled young man and gifted artist trying to sort out the challenges of celebrity and art making. In some ways this fictional creation mirrors Dess’s own life: growing up in a single parent home, wanting to be an artist, getting a bit lost after leaving school and not knowing what to do. These details Dess gave to Max come from his own life. But make no mistake: Max Maco isn’t Bill Dess. Listening to the new Two Feet album Max Maco Is Dead Right? leaves no question that this tale of madness and love stands alone.

On the intro, Dess-as-Max-Maco introduces himself over a dreamy electric guitar riff, singing “Everybody I’m Max Maco, I always have a lot of things to say.” He acknowledges that there are holes in his memory, that he doesn’t understand why he’s treated like he’s famous—and then the bass that Two Feet is known for drops in, rupturing the song. When Dess begins to sing again, it’s about a woman who comes into Max’s life. The stage for the album-length story is set.

A concept album is tough to pull off, but Dess succeeds because of how much thought went into the protagonist. He went as far as hiring an acting coach to help him get inside the character of Max, developing how he would sound when talking (and singing), what his past must have been like, how he dressed. “I wrote a 25-page life story,” Dess explains. “Then I created a storyline for the album.” Like a screenwriter or novelist building an outline, he sketched out the story beats across sheets of paper he hung on the wall. Once that was done, he wrote the music.

In addition to using more traditional pop structures—the clarity they offer is more conducive to storytelling, Dess says—he also found that writing for Max gave him the freedom to explore different sides of his artistry. “Typically when I sing I keep my voice low, but Max freed me up vocally,” he says. He exaggerated his own mild New York accent to become Max, explored his falsetto range (as heard on the slinky and sultry “Fire”), and experimented with different tempos, including the faster one heard on “Flatline,” one of the standout singles.

The song came out of Dess’s love for flamenco guitar playing, the fast-paced nylon-string style born in southern Spain hundreds of years ago. “I was playing this flamenco lick and decided to transpose it to electric guitar,” Dess recalls. He liked the resulting riff but didn’t know what to do with it. While he stepped out for coffee, his engineer Huff put together a trap beat that paired beautifully. But something was still off. While writing the bridge, Dess and Huff stumbled on a moment of spontaneous synchronicity when they began playing two different synth lines at the same time. From there they wrote the hook, one of the best on the album.

Dess stays open to chance and is willing to feel his way to the right outcome for a song. “Never Enough,” another single, began life during a songwriting session with the legendary producer-songwriter John Feldmann, of the ‘90s rock band Goldfinger. During a two-day session, they recorded a straight-up rock song together—that Dess later pulled apart to become the dancefloor-packing version of “Never Enough” you hear on the album. “When I lived in Brooklyn, before I was Two Feet, I DJ’d at a lot of drag shows and LGBTQ nights, and I still love the big dance records I played then. The vocals I recorded with Feldmann just worked with this four-on-the-floor kick underneath it. The rock song became a dance song.”

It’s safe to say that if Dess hadn’t so carefully worked out who Max was, this sort of musical experimentation would’ve been far trickier to pull on the album. The combination of planning and instinct has resulted in the most accomplished and deep Two Feet experience yet, a piece of music that rewards repeated listens, not just for the story but for all the details in the songwriting.

In addition to Max Maco Is Dead Right? Dess is also entering the world of non-fungible tokens (NFTs), a non-interchangeable form of cryptocurrency that represents unique entities traded and sold via blockchain. Dess is passionate about visual artists and putting on new artists, an interest that meshes perfectly with NFTs. On Valentine’s Day this year, Dess and his team auctioned off an original drawing he made and then had animated by a digital artist. He also wrote original music to accompany the animation, and the resulting sale generated $1 million. With Rolling Stone and the New York Times beginning to cover this evolving market, Dess has already marked himself as a pioneer in the space, advocating for the value of art in the 21st century.