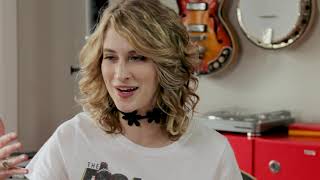 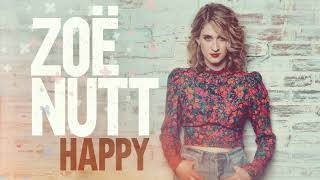 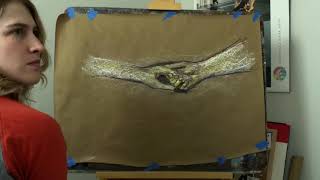 Zoë Nutt - If That's What It Takes (Official Visualizer) 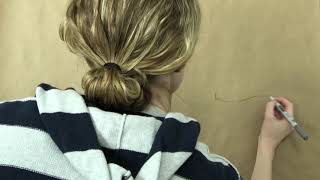 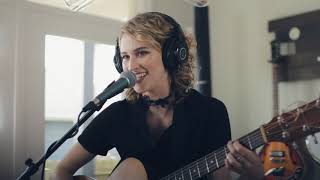 How Does It Feel

Zoë Nutt Defines Resilience On How Does It Feel, Out July 24

When Zoë Nutt woke up, she could barely hear a thing. Partially deaf for most of her life, the Tennessee native was no stranger to auditory issues, but on this particular morning, it was clear that something very different was happening, something that would dramatically alter the course of her life and radically change the shape of her intoxicating new album, ‘How Does It Feel.’

“I was in the middle of the recording process, and suddenly, overnight, I lost a huge amount of my hearing,” says Nutt. “Then it happened again five more times during the course of that year. There was one month where I essentially couldn’t hear anything at all. It was terrifying.”

Forced to confront the prospect that she may be on the road to complete and total deafness, Nutt took an extended hiatus from recording and performing in order to undergo cochlear implant surgery. The procedure was a success, but it required that she learn how to hear all over again with the help of a cochlear implant and a hearing aid, a process that left her at times feeling both deeply frustrated and profoundly grateful. When she finally returned to the studio, Nutt synthesized that complicated swirl of emotions into her most ambitious, sophisticated work yet, balancing heartache and hope, loss and discovery, faith and fear in equal measure. Produced by celebrated songwriter Tammi Kidd Hutton (LeAnn Rimes, Rascal Flatts) along with Ben Phillips (Chris Janson) and Greg Magers (Umphrey’s McGee, Lupe Fiasco) and featuring a guest appearance by Brandy Clark, ‘How Does It Feel’ is a testament to Nutt’s resilience, an inspiring act of artistic defiance in the face of hardship and struggle. The songs here rarely address Nutt’s hearing loss directly, instead focusing on all the joy and confusion and disappointment that come with young love and heartbreak, but the writing is clearly informed by the maturity and self-awareness she’s developed as a result of her condition. Throughout the album, Nutt frequently pairs buoyant melodies and bright, punchy horns with deep, insightful lyrics, offering up nuanced explorations of life’s emotional grey areas as she draws on country, folk, pop and soul to craft a distinctly modern sound rooted in unflinching vulnerability.

“When I’m in the studio, I’m not worrying about making something pretty or trendy,” says Nutt. “I’m there to shoot from the heart and make something that resonates. As an artist, all I’ve ever wanted to do is share something real with my audience.”

Born and raised in Knoxville, TN, Nutt fell in love with her parents’ record collection as a youngster, obsessing over everything from Johnny Cash to David Byrne. She developed a passion for singing in high school and began training classically, which led to regular performances in choirs and musicals throughout her teenage years. It wasn’t until she landed in Nashville for college, though, that Nutt began penning her own original music, a move that compelled her to expand her instrumental repertoire.

“I played a little piano as a kid, but I didn’t even know how to play guitar until I wrote my first song,” says Nutt, who credits the likes of The Avett Brothers and Brandi Carlile with inspiring her to write. “I took a lesson or two, but I mostly decided to just teach myself and hash it all out on my own in my bedroom.”

In 2018, Nutt began recording ‘How Does It Feel,’ but work on the album came to a sudden and screeching halt when her hearing began to drastically deteriorate.

“The doctors essentially told me that they didn’t know why I was having these hearing loss episodes so randomly and so frequently,” says Nutt. “They said it was progressive, though, and that I could be on a timeline moving towards total hearing loss. My best choice was to get the cochlear implant surgery in my right ear and wear a hearing aid in my left.”

Over the course of the following year, Nutt had to learn both how to navigate her everyday life and how to return to the stage with her new implant. For live performances, she began wearing large over-ear headphones to accommodate the device, and in the studio, she came to count on the instincts of her band and producers when it came to tones and frequencies she couldn’t hear as clearly as she had before. Singing was perhaps the greatest challenge, and Nutt found herself grateful for the muscle memory she’d developed through years of classical training.

“Being able to lean on all that vocal technique was so helpful for me,” she explains. “When you can’t hear yourself well, you have to just trust in your training. I’m always cognizant of the fact that when I sing, what I’m hearing sounds very different from what the rest of the world is hearing.”

Building off of the structural bones she’d developed in the studio before her surgery and adding to it with new songs written during her year of recovery, Nutt completed work on ‘How Does It Feel’in early 2020. While much of the record is autobiographical in nature, the music draws from a wide array of influences, and the result is a far-reaching and utterly captivating collection all about isolation, belonging, and growth. The tender “Too Fast,” which features vocals from Brandy Clark, reckons with the ways that fear can hold us back from our potential, while the breezy “Happy” challenges our notions of what contentment looks like in the age of social media, and the soaring “Girl Of My Dreams” looks inwards rather than outwards for fulfillment.

Despite the album’s sometimes-heavy nature, Nutt always manages to find a glimmer of hope with her writing. She hints at Sheryl Crow on the ecstatic “East Houston Street,” which chooses optimism even on the most difficult of days, and channels Elvis Costello on the playful “Ooee,” which locates the silver lining in unrequited love. Perhaps it’s the poignant “Like You,” though, that best capture’s Nutt’s spirit, as she spins her personal struggles with hearing into a universal meditation on loss.

“I’ve often felt like I’m on the outside looking in, like I don’t fit in anywhere,” says Nutt, “but my hearing loss has taught me to be strong in ways that I never imagined. It’s taught me to be more present and more appreciative of the moment, and for that, I’m extremely thankful.”

More than most, Zoë Nutt understands that time is precious. ‘How Does It Feel’ proves that she’s not taking a minute for granted.