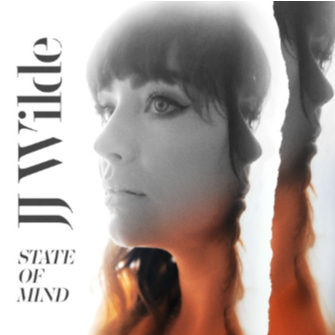 Listen to her soaring new single "State of Mind" HERE.

Earlier this year, alt-rock siren JJ Wilde released her debut single "Wired" and was featured on a variety of Spotify's most important rock playlists, including widely-streamed "New Noise," "New Music Friday Canada," and "Fierce Femmes". The "hypermodern" (C-Heads) Canadian indie rock fire-starter is set to release debut EP Wilde Eyes and Steady Hands this summer (6/21, BMG/Black Box) before hitting the road on a tour that spans the Midwest and East Coast. Today, the rising singer-songwriter is releasing her soaring new single "State of Mind."

An energetic ode to independence that sees this rocker on the rise reflecting on the failures she's endured in pursuit of her dreams, "State of Mind" is an anthem about clinging steadfast to oneself. "There's something sweet about seeing things through a broken lens," she sings over an electric guitar line, her voice a primal, unapologetic howl. With "State of Mind", the latest in a long line of badass female rockers proclaims herself to the world as a force.

Wilde Eyes and Steady Hands is a snarled declaration of artistry from a refreshing new voice in rock. JJ Wilde's debut EP veers between sweltering songs of independence ("The Rush", "State of Mind") and moments of self-reflection that come off as intense as they do tender ("Gave It All") without once losing the chugging guitar and uproariously brazen sound that spurs the music forward.

A figure shrouded in mystery and brandishing a new take on lovelorn rock, JJ Wilde is an electrifying combination of Liz Phair's honesty, Bikini Kill's swagger, and young alt-rock luminary Jesse Jo Stark's sound tied together with the sheer bravado only she exudes. On her music, C-Heads says: "Instead of reinventing the wheel, she’s pushing it faster, creating a unique brand of high energy guitar music that feels both vintage and hypermodern."