Today, Ghostly International, Numero Group and Secretly Group record labels Dead Oceans, Jagjaguwar and Secretly Canadian all join forces to announce Paved Paradise, a traveling expo bringing their music to parking lots this fall. Over the course of September 9th-26th, a 24-foot Penske truck helmed by several of Secretly's sonic specialists will visit 15 cities in the eastern United States. From the birthplaces of Secretly, Ghostly and Numero in Bloomington, Detroit and Chicago, to Third Man Records in Nashville, the Rock & Roll Hall of Fame in Cleveland, and a community of breweries, flea markets and independent venues in between, Paved Paradise will take the record store experience outdoors, with special guests and local collaborations set for every stop.

"It's been invigorating to return to producing in person events," says Amanda Colbenson. "Getting to work with so many inspiring and impactful businesses and organizations is what this tour is all about and we are grateful to them for opening their doors and parking lots to our ambitious experiment. We can't wait to hit the road in the Penske and go see everyone."

In partnership with hi-res music streaming platform Qobuz, Paved Paradise will offer an interactive, high-fidelity listening station in all 15 cities. Ahead of September 9th, the labels will announce more site-specific collaborations, artist appearances, exclusive products and additional programming. With both Jagjaguwar and Secretly Canadian celebrating their 25th Anniversaries in 2021, fans can expect a commemorative kickoff at the company's headquarters in Bloomington. 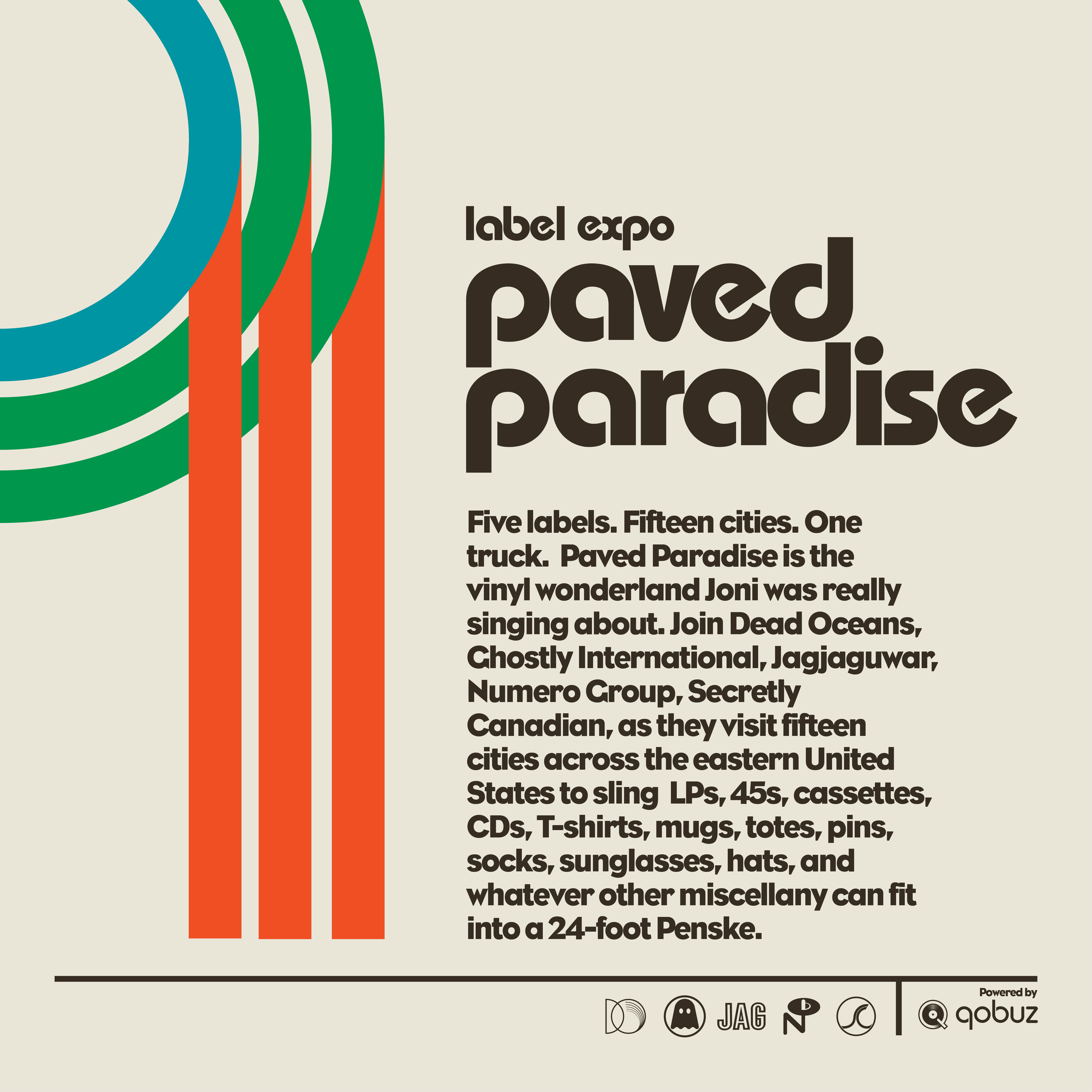 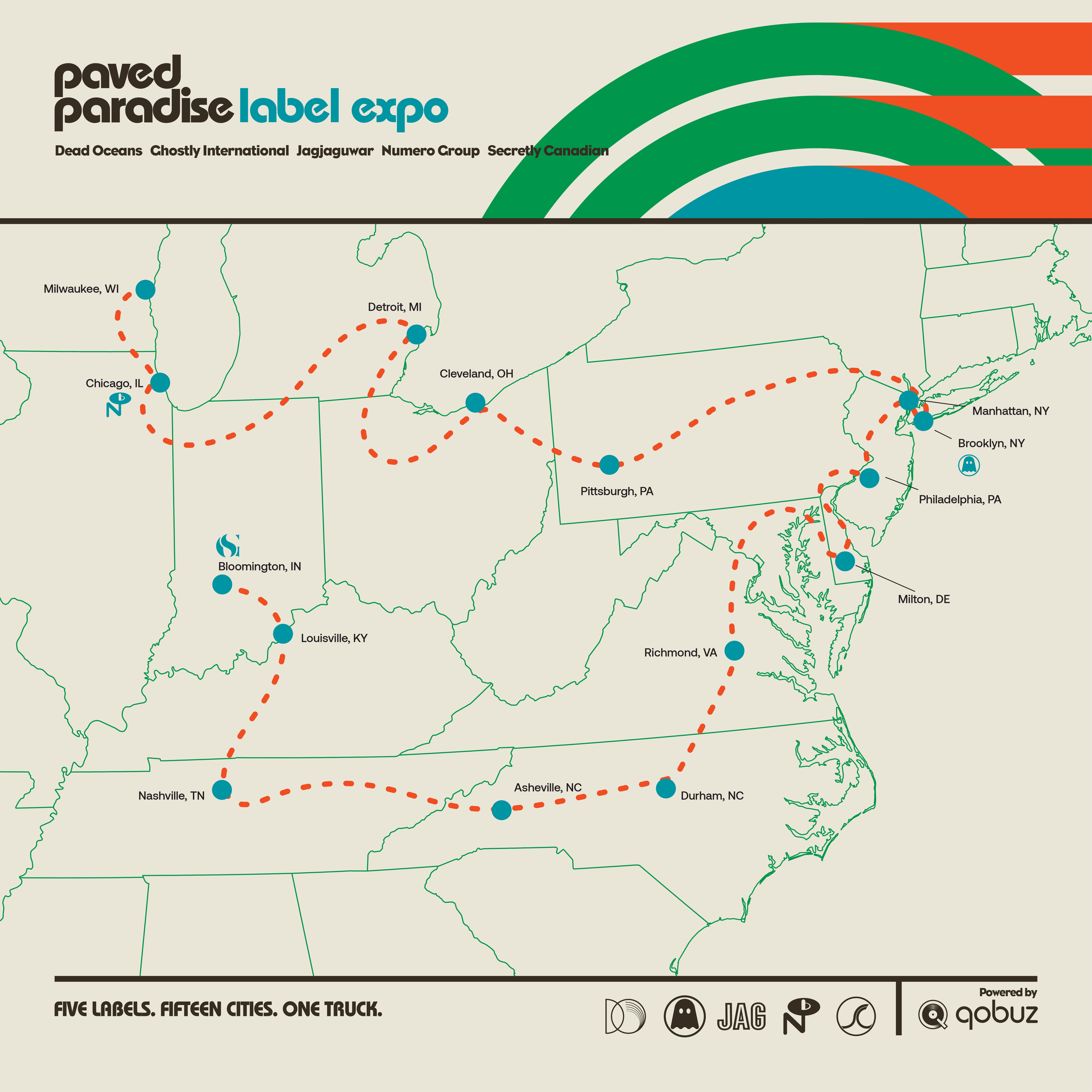 New York-based music, art and technology company, Ghostly International, was started from a dorm room in Ann Arbor. Since its formation in 1999, it has challenged the concept of the traditional record label with its various projects and collaborations.

Founded in Chicago in 2003, for nearly two decades Numero has committed itself to unearthing precious lost sounds for new audiences, with an unparalleled ear for potential and spirited eye for detail. In the growing noise of the so-called reissue field, The Numero Group remains distinct in its quality: deeply researched, expertly resuscitated and lavishly packaged box sets, playlists and ephemera of historic music from the 1950s to today.

Founded in 2007, a pioneer of high-quality sound, Qobuz is the French music streaming and download service that meets the needs of demanding music lovers and audiophiles. Available in 18 countries around the world, in Europe, the United States, Australia, and New Zealand, Qobuz offers an exceptional range of exclusive editorial content written by a team of experts. With its catalog of more than 70 million tracks, Qobuz also has the richest choice of high-resolution (hi-res) references on the market.