National Museum of African American History and Culture and Smithsonian Folkways Announce Aug. 20 Release of the Smithsonian Anthology of Hip-Hop and Rap 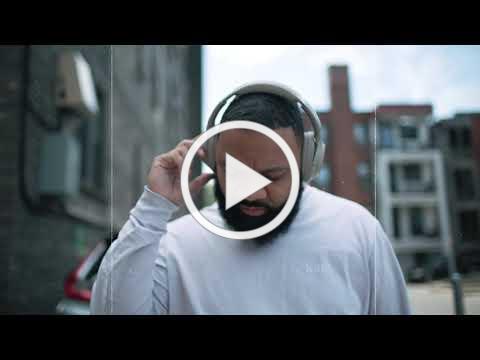 The Smithsonian’s National Museum of African American History and Culture (NMAAHC) has partnered with Smithsonian Folkways Recordings to produce the Smithsonian Anthology of Hip-Hop and Rap to be released Aug. 20. This first-of-its-kind collection chronicles hip-hop’s growth and impact from the parks of the Bronx to the broadest areas of the American experience and worldwide influence. A track list and additional information [1] about the anthology are available, including images from the set.

“Born in Bronx and raised across the American West and South, hip-hop is one of the most influential genres of music in the modern era,” said Kevin Young, the Andrew W. Mellon Director of NMAAHC. “Through beats, dynamic rhymes and pointed lyricism, hip-hop has provided a platform for communities and generations to voice their ongoing struggles and has changed society and culture around the world.”

The project is the latest in the Smithsonian African American Legacy Series, a collaboration between Smithsonian Folkways and NMAAHC to tell stories about music by African Americans and the experiences that inspire it. The launch of the anthology comes as the museum prepares to celebrate its five-year anniversary and highlights its ongoing mission to tell the stories of American history through the African American lens. The anthology details the evolution of hip-hop over four decades through 129 tracks spread across nine CDs, along with a 300-page coffee table book featuring 11 essays from prominent music scholars, authors and journalists covering topics such as entrepreneurship, graffiti, women in hip-hop and more, as well as extensive notes on each track.

“We wanted the Smithsonian Anthology of Hip-Hop and Rap to be reflective of the culture, of the music, of the people, of everything that is part of hip-hop,” said Dwandalyn R. Reece, NMAAHC’s associate director for curatorial affairs, curator of music and performing arts and producer of the anthology.

In addition, the anthology features hundreds of photographs spanning decades of history. It was designed by artist Cey Adams, founding creative director of Def Jam.

In hip-hop’s early years, some critics refused to acknowledge the art form as music, dismissing it instead as unoriginal and uncreative. As a result, hip-hop spent its first decade of growth as a niche genre that much of the music industry assumed would burn out in a short time. Now, as hip-hop nears its 50th anniversary, it is the most popular musical genre in the U.S., with notable influence and impact in all aspects of American culture. Arguably one of the last music counter cultures, hip-hop is instrumental in shaping and narrating the stories of America’s inner cities.

The Anthology of Hip-Hop and Rap is a thoroughly researched and thoughtfully curated set of essays that tell the story of hip-hop and rap, acting as an extension of the museum’s permanent collections. The project was produced over seven years from launch to completion, with the care and intention befitting the weight and scope of hip-hop’s story. The work began in 2014 from an executive committee composed of key figures in the music and culture of hip-hop, including rappers Chuck D and MC Lyte; writers and scholars Adam Bradley, Jeff Chang, Cheryl Keyes and Mark Anthony Neal; early Def Jam senior executives-turned-cultural advisors Bill Adler and Bill Stephney; artist and writer Questlove; and producer and educator 9th Wonder. An additional panel of advisors was assembled with equal representation from all facets of hip-hop culture.

While music is the centerpiece, the anthology dives into the cultural impact of hip-hop and global influence. It is not a greatest-hits compilation but a narrative of hip-hop’s music, culture and legacy. Spanning musical eras from 1979–2013, the final collection of 129 songs is the first with music from all three major record companies: Sony, Universal and Warner. The anthology is a contextual education on hip-hop’s origin, social and cultural impact, commercial dominance and more. It follows other defining collections from Smithsonian Folkways, the Anthology of American Folk Music and Jazz: The Smithsonian Anthology.

About the National Museum of African American History and Culture

Since opening Sept. 24, 2016, the National Museum of African American History and Culture has welcomed more than 7 million visitors. Occupying a prominent location next to the Washington Monument on the National Mall in Washington, D.C., the nearly 400,000-square-foot museum is the nation’s largest and most comprehensive cultural destination devoted exclusively to exploring, documenting, and showcasing the African American story and its impact on American and world history. For more information about the museum, visit nmaahc.si.edu, follow @NMAAHC on Twitter, Facebook and Instagram, or call Smithsonian information at (202) 633-1000.

Smithsonian Folkways Recordings, the “National Museum of Sound,” makes available close to 60,000 tracks in physical and digital format as the nonprofit record label of the Smithsonian, with a reach of 80 million people per year. A division of the Smithsonian Center for Folklife and Cultural Heritage, the non-profit label is dedicated to supporting cultural diversity and increased understanding among people through the documentation, preservation, production and dissemination of sound. Its mission is the legacy of Moses Asch, who founded Folkways Records in 1948 to document “people’s music” from around the world. For more information about Smithsonian Folkways Recordings, visit folkways.si.edu.