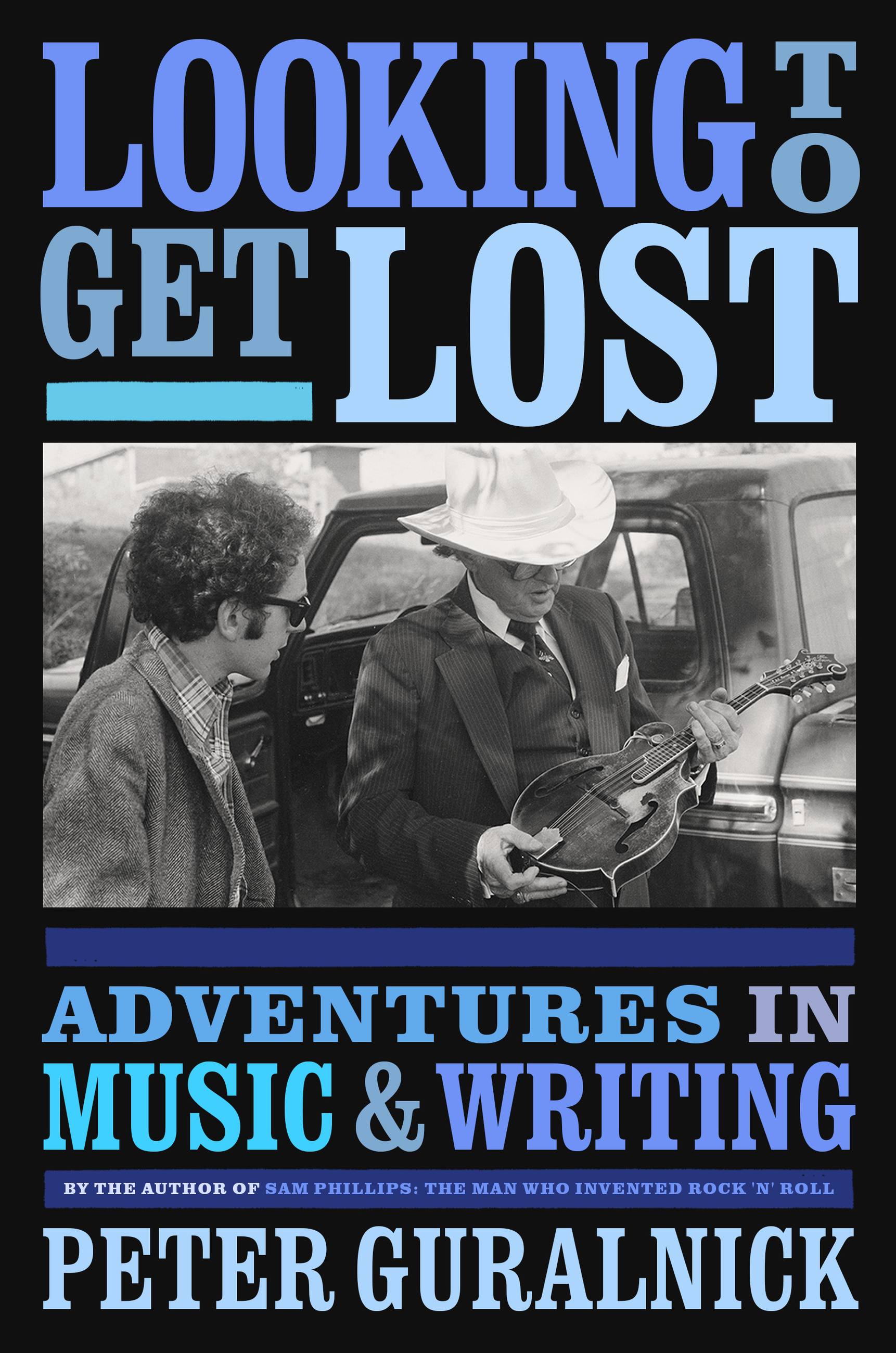 On October 27, Little, Brown will publish Looking To Get Lost: Adventures in Music and Writing, the first book in five years by best-selling and award-winning author Peter Guralnick.  Nearly fifty years after the publication of his first anthology of music writing, Guralnick is sharing his most personal collection to date as he pulls back the curtain on the writing process itself, and some of his memorable encounters with music icons like Ray Charles, Chuck Berry, Johnny Cash, Tammy Wynette, Eric Clapton, Elvis Costello, Allen Toussaint, Howlin’ Wolf, Solomon Burke, Merle Haggard, and Dick Curless. A starred Kirkus review calls it “revelatory” while historian Douglas Brinkley has hailed it as “a pulsing jukebox of a memoir and cultural history…a literary masterpiece.”

While Guralnick is perhaps best known as one of our preeminent biographers -- winning numerous awards and "Book of The Decade" honors for his definitive works on Elvis Presley, Sam Cooke, Robert Johnson, and Sun Records founder Sam Phillips -- Looking To Get Lost is a diverse, wide-ranging anthology recalling his ground-breaking ‘70s collection Feel Like Going Home.

Some of the stories featured in Looking To Get Lost include Guralnick’s novella-length account of the life and hard-then-redemptive times of Dick Curless, along with masterful portraits of Merle Haggard, caught at a particularly fragile moment in his personal and professional life, and songwriter Doc Pomus, of whom it has been said, “If the music business had a heart, it would be Doc Pomus.” There are also jewel-like profiles of Chuck Berry, Willie Dixon, Jerry Lee Lewis, and Howlin’ Wolf as well as an epic new portrait-in-three-parts of Solomon Burke, the “King of Rock ‘n’ Soul,” through the filter of a 30-year friendship, not to mention a fresh take on Elvis Presley’s career through a unique (and very personal) portrait of his tirelessly innovative manager Colonel Tom Parker called “Me and the Colonel.”

As a part of the Americana Music Association’s Thriving Roots Festival, Peter Guralnick and fellow author, colleague and friend  Robert Gordon (It Came From Memphis) will be joined by legendary musicians William Bell and Delbert McClinton (who is also profiled inLooking To Get Lost)  for a panel entitled Hidden Highways: Making (and Writing About) the Roots of Our Music, a wide-ranging discussion moderated by Michael Gray of the Country Music Hall of Fame and Museum. The panel begins at 10:30am CST on Friday, September 18, more information here: https://americanamusic.org/thrivingroots

Through his books, Guralnick has earned an illustrious list of on-record fans and collaborators, including Bob Dylan, Ta-Nehisi Coates, Ken Burns, Lucinda Williams,  Bruce Springsteen, Martin Scorsese, Chuck D, , Leonardo DiCaprio, and Mick Jagger; Jagger and DiCaprio are currently working on a film adaption of Guralnick's most recent book, 2015's Sam Phillips: The Man Who Invented Rock 'n' Roll. His Presley biographyLast Train To Memphis was named one of the Books of The Decade by Esquire and Entertainment Weekly, while Sweet Soul Music, his epic account of the rise of Southern Soul and Lost Highway have been prominently placed on Best Music Books of All Time lists by Pitchfork, VIBE, and Billboard. The late Lester Bangs once said that “You put [his] book down feeling that its sweep is vast, that you have read of giants who walked among us.” Social and cultural historian Nat Hentoff compared Guralnick’s work to Chekhov’s, and Greil Marcus hailed his first book as “the most loving book I have ever read about American popular music, and one of the more savvy.”