PodcastOne, a leading podcast platform and a subsidiary of LiveXLive Media (NASDAQ:LIVX), announced today that it has reached an agreement with Fred Minnick, an internationally recognized celebrity spirits critic, podcast host, best-selling author and entrepreneur for the exclusive sales and distribution rights for The Fred Minnick Show podcast. The Fred Minnick Show draws more than 15 million combined monthly listeners and has featured guests such as Ludacris, Darryl Hall, Mick Fleetwood, Ashley McBryde, NFL star Ndamukong Suh, Lindsay Ell, Harry Shearer, and many others. The Fred Minnick Show is now available on the PodcastOne network and Minnick’s first guests on the new platform will be none other than one of NFL's greatest quarterbacks of all-time Peyton Manning and his older brother Cooper on the July 19, 2021 episode.

“My show is about introducing rare libations to celebrities who are looking to do more with alcohol than chug it. PodcastOne validates my dream of showing people how to taste spirits instead of indulging for intoxication. PodcastOne is the best and leading podcaster, and I know they’re the perfect partner to take this show to the next level,” said Minnick, whose podcast is downloaded on major podcast apps and streams on DASH Radio. “Furthermore, to have the Manning brothers as my first guest under PodcastOne is a great example of my show and what the future holds for the network.”

Minnick will release episodes weekly in which he will conduct fascinating interviews with celebrities in the music, sports and entertainment industries while tasting some of the most rare and most popular bourbons in the U.S. Minnick will welcome Peyton and Cooper Manning to discuss ascots, fatherhood, the NFL Hall of Fame, family and if Peyton will go into coaching - all while they taste and analyze samples of the Manning’s Sweetens Cove (batch No. 2), Four Roses from the 1940’s, a 1916 Old Oscar Pepper, Michter’s 10 Year, Colorado Whiskey 291, Bebida Real Cuban Rum and a 1925 Old Oscar Pepper.

“The Fred Minnick Show is the vibe every lover of spirits, sports and sounds seeks and we are excited to have it on our network,” said Kit Gray, President of PodcastOne.

ICYMI: Minnick announced the winners of his inaugural international spirits competition The ASCOT Awards on Monday, June 14, 2021, honoring the best spirits of 2021 with a panel of 27 tasters who tried more than 600 different selections. See the results at ascotawards.com. 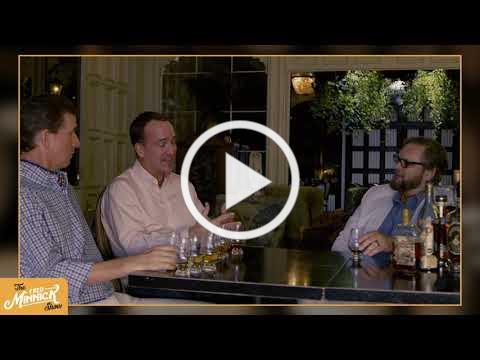 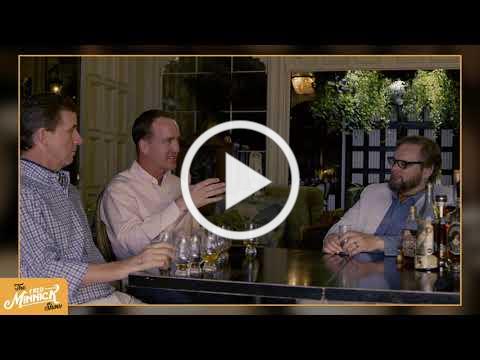 Oklahoma-bred, Louisville, KY-based Fred Minnick, an Iraq war veteran, is an esteemed bourbon critic, Wall St Journal-bestselling author, celebrity spirits expert, festival producer and entrepreneur. His popular podcasts include “The Fred Minnick Show” and “Bourbon Pursuit” and he serves as one of Dash Radio’s celebrity hosts. Minnick is an authority in his field who has appeared on Bravo’s “Top Chef,” Discovery’s “Moonshiners,” and hosted Amazon Prime’s “Bourbon Up!” and Spirits Network’s “Frontier Filmmakers” and “The Curation Desk.” He has 15 million listeners across platforms, over 100,000 social media followers, and is acknowledged for introducing and growing an informed appreciation of whiskey. Minnick has authored seven acclaimed books, including Whiskey Women, winner of the ForeWord INDIES’ Gold Medal and optioned by Paramour Films; Bourbon, winner of the Spirited Awards’ World’s Best Spirits Book in 2017 and named top ‘food book’ by Smithsonian Magazine; and Bourbon Curious, a Wall St Journal-bestselling ebook. Minnick has appeared in The New York Times, Scientific American, Parade, and Wine Spectator, and is the founder/former editor-in-chief of Bourbon+ magazine. He is also a festival producer, co-creating and curating the Bourbon & Beyond Music Festival, which has featured Zac Brown Band, Lenny Kravitz, and others. He founded the Repeal Day Expo in 2020; held virtually, it features spirits exhibitors, speakers, and music.

Headquartered in Los Angeles, California, LiveXLive Media, Inc. (NASDAQ: LIVX) (the "Company") (pronounced Live "by ''Live) is a global talent-first, interactive music, sports, and entertainment subscription platform delivering premium content and livestreams from the world's top artists. The Company has streamed over 1,800 artists since January 2020, a library featuring close to 30 million songs, 500 expertly curated radio stations, 235 podcasts/vodcasts, hundreds of pay-per-views, personalized merchandise, an NFT business, and has created a valuable connection between brands, fans, and bands. LiveXLive Media's other major wholly-owned subsidiaries are LiveXLive, Slacker Radio, React Presents, Custom Personalization Solutions, and PodcastOne, which generates more than 2.27 billion downloads per year and 300+ episodes distributed per week across a stable of hundreds of top podcasts. The combination of acquisitions and the expansion of products and franchises have secured LiveXLive as a top-rated music, entertainment and media services company. LiveXLive is available on iOS, Android, Roku, Apple TV, and Amazon Fire, and through OTT, STIRR, Sling, and XUMO, in addition to its app, online website, and social channels. For more information, visit www.livexlive.com and follow us on Facebook, Instagram, TikTok, and Twitter at @livexlive.

All statements other than statements of historical facts contained in this press release are "forward-looking statements," which may often, but not always, be identified by the use of such words as "may," "might," "will," "will likely result," "would," "should," "estimate," "plan," "project," "forecast," "intend," "expect," "anticipate," "believe," "seek," "continue," "target" or the negative of such terms or other similar expressions. These statements involve known and unknown risks, uncertainties and other factors, which may cause actual results, performance or achievements to differ materially from those expressed or implied by such statements, including: the Company's reliance on one key customer for a substantial percentage of its revenue; the Company's ability to consummate any proposed financing, acquisition or transaction, the timing of the closing of such proposed event, including the risks that a condition to closing would not be satisfied within the expected timeframe or at all, or that the closing of any proposed financing, acquisition or transaction will not occur or whether any such event will enhance shareholder value; the Company's ability to continue as a going concern; the Company's ability to attract, maintain and increase the number of its users and paid subscribers; the Company identifying, acquiring, securing and developing content; the Company's intent to repurchase shares of its common stock from time to time under its announced stock repurchase program and the timing, price, and quantity of repurchases, if any, under the program; the Company's ability to maintain compliance with certain financial and other covenants; the Company successfully implementing its growth strategy, including relating to its technology platforms and applications; management's relationships with industry stakeholders; the effects of the global Covid-19 pandemic; changes in economic conditions; competition; risks and uncertainties applicable to the businesses of the Company's subsidiaries; and other risks, uncertainties and factors including, but not limited to, those described in the Company's Annual Report on Form 10-K for the fiscal year ended March 31, 2021, filed with the U.S. Securities and Exchange Commission (the "SEC") on July 14, 2021, and in the Company's other filings and submissions with the SEC. These forward-looking statements speak only as of the date hereof, and the Company disclaims any obligations to update these statements, except as may be required by law. The Company intends that all forward-looking statements be subject to the safe-harbor provisions of the Private Securities Litigation Reform Act of 1995.