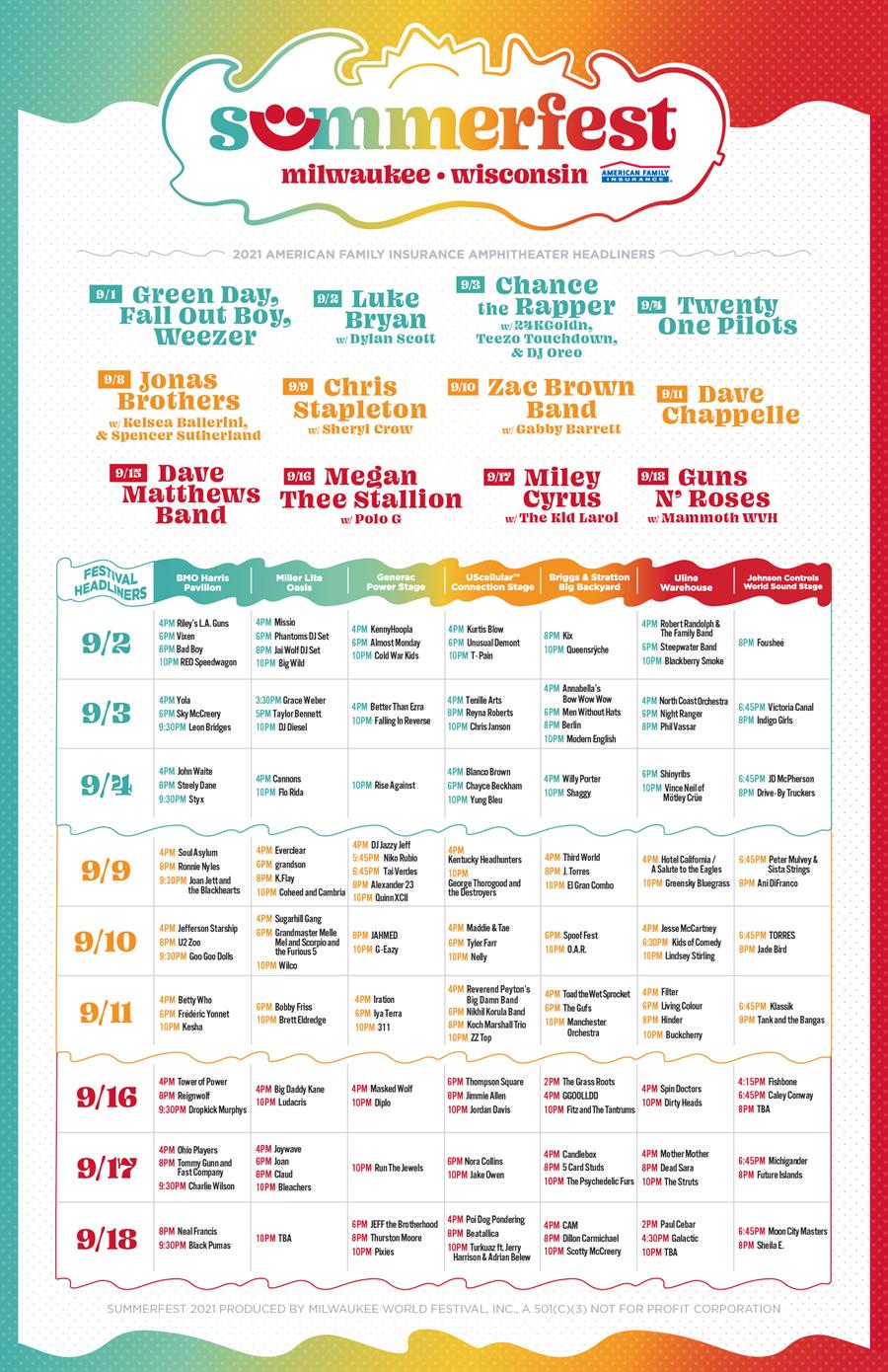 MILWAUKEE, WI (July 27, 2021) – Summerfest presented by American Family Insurance has announced additional headliners for the 2021 festival, adding even more diversity and excitement to the already stacked lineup featuring over 800 artists on 12 stages. The 2021 lineup now includes:

Summerfest will take place over three weekends (Thursday-Saturday), September 2-4, 9-11, 16-18, 2021.  In addition, there will be three Summerfest Kick-Off Concerts on the Wednesday evenings, prior to each Summerfest weekend.

To purchase tickets, view the full lineup, and for more information on time and stage locations for artists, visit Summerfest.com. All performances, dates, and times are subject to change.

About Summerfest presented by American Family Insurance
Summerfest presented by American Family Insurance has evolved into what is now recognized as “The World’s Largest Music Festival” and Milwaukee’s cornerstone summer celebration, hosting the music industry’s biggest acts, emerging talent, and local favorites along with approximately 750,000 fans, for an unforgettable live music experience. The festival will take place September 2-4, 9-11, and 16-18, 2021.  Summerfest features over 1,000 performances on 12 stages, along with food, beverages, and activities, all in a world-class festival setting.  For more details, visitSummerfest.com, or Facebook, Twitter, and Instagram: @Summerfest.