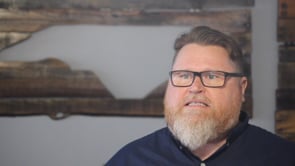 Founded in 2012, Artist Growth is the only cloud-based solution on the market today that offers labels, managers and creators the tools they need to comprehensively manage their events and the real-time collaboration required around marketing & promotion. Today, artists need to save all the time they can for their creative process, but also have to be involved in every aspect of their business. With a robust set of tools, covering Events, Tasks, Finances, Merchandise and Data Reporting, Artist Growth provides a refined set of industry best practices for organizing, managing and analyzing information. Artist Growth is the software platform for enabling creators to run their business, and for managers, labels and other industry professionals looking to modernize their team’s workflow and data strategy. Learn more at  www.artistgrowth.com.

Artist Growth Founder and CEO Matt Urmy knows what life is like for artists. His decade-long experience as a touring artist and songwriter inspired him to create a platform that could help artists secure creative freedom through financial independence. Leaving college to pursue his musical dream, he spent the better part of the next decade on the road, slinging music independently and attracting a faithful audience.

In 2010, he recorded Out of the Ashes with iconic producer Cowboy Jack Clement [George Jones, Johnny Cash, Townes Van Zandt, Alison Krauss] behind the board. After a fire destroyed Clement’s studio, Urmy put his focus into his vision for AG while he was waiting to hear if his album could be salvaged from backup files. Ultimately, AG launched in January 2012 and Vector Management became an early adopter of the platform, followed by the likes of Universal Music Group, Warner Music Group, and many more.

Along the way, Entrepreneur named him among the eight “Best Motivators in Business,” while The New York Times, The Wall Street Journal, NBC News, and others have covered his journey. Under his purview, the Artist Growth platform has become entrenched as an indispensable tool for major labels, management companies, and independent creators.

​​Rob Weitzner has consistently delivered success for innovative artists, influential labels, and cutting-edge startups at the nexus of music and technology. After a decade in artist management, eMusic recruited him as Vice President of Business Development and Head of the NY Office, helping lead the successful launch of the first-ever digital music subscription service in 2000.

From there, he moved to TVT Records, where he steered business development and digital strategy for artists like Nine Inch Nails, Snoop Dogg and Tha Eastsidaz, and Lil Jon. Following this experience, Rob took a leadership role launching trade body A2IM (American Association of Independent Music) as a Founding Executive before moving to IODA as Head of Global Business Development. Rob’s impact in the independent sector pushed him to become Head of Business Development, Strategy & Partnerships for Consolidated Independent (CI), The state51 Music Group’s digital supply chain company. Over the course of the next decade he built the franchise into a marketplace leader, securing partnerships and working with culturally impactful indies including Beggars, Secretly Group, Redeye, Sub Pop, Hopeless Records, Kobalt, PIAS and many more.

In early 2022, Weitzner joined Artist Growth as Executive Vice President to drive the growth of the company's product ecosystem including AG’s industry-leading SaaS collaboration platform. Rob also spent eight years as an Assistant Professor in the Music Industry Program at Drexel University—named one of Billboard Magazine’s “Top 10 Music Industry Programs.” He is an active participant in the Music Business Association’s Education and Scholarship Committees. He holds a BA in Economics from Stanford University and MBA from Harvard Business School.