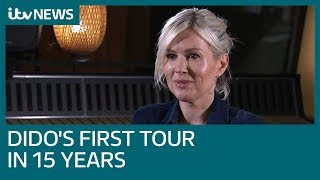 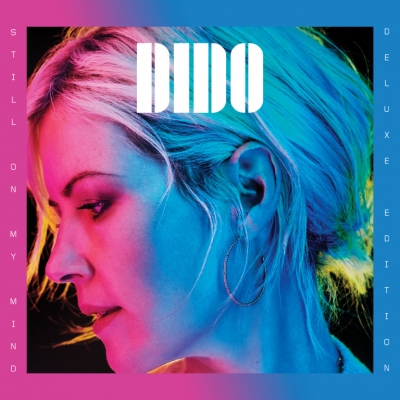 Still On My Mind (Deluxe Edition)

Still On My Mind wafts in like a beautiful breeze, a chilled out tumble of sadness and joy, melancholy and bliss.  That familiar voice is fully present, soft, intimate and delightfully conversational, caressing melodies over a subtle flow of beats, with an aching catch that tugs at the heart strings.

She was the girl who got away. But after five years of silence, Dido is back.

Dido Armstrong made two of the best-selling albums in British chart history. No Angel still remains the top-selling debut by a British female artist worldwide. The chilled out singer-songwriter notched up over forty million album sales across her career. “There wasn’t really an intention to walk away from music,” she insists. “I’m not a very intentional person. I've never been good at the big picture. I'm not good at next week, I'm not good at next year. But I'm brilliant at today! I know what I'm enjoying in the moment.”

Dido’s titanic success swept her away. It started when she was a backing singer with her brother Rollo’s band Faithless. She toured in support of their 1996 debut album all the way through to the release of her own debut in 1998. No Angel’s success was slow burning, growing and growing to eventually become the bestselling album of 2001. All that time Dido was on the road, through the phenomenal Life For Rent in 2003, all the way to performing to a TV audience of billions at Live8 in 2005. “I toured for nine years straight. And then I just stopped.” It was time for Dido to catch up with her own life.

Safe Trip Home was released in 2008, with a more acoustic and orchestral ambience. “I love that record. It has stood the test of time for me,” she says. But Dido chose not to go back on tour to promote it. “I was sort of coming down the mountain back home, and it was a real moment of liberation when I realised I could just make music, and the people who want to hear it will find it for themselves.”

She got married in 2008 and a son, Stanley, was born in 2011. Dido went on to release one more album, Girl Who Got Away, in 2013, but once again opted not to take it on the road. “The last album was a bit of a blur. I’d sung all the songs while I was pregnant. It was lovely, and I wanted people to hear it, so eventually I put it out. And then I thought I just wanna hang out with my kid, you know. And that was the only real thought for a long time.”

Dido’s return has been as much of a surprise to her as it will be to her fans. “To be honest, this album was almost accidental. I woke up one morning and thought I just want to work with my brother, Rollo. It’s why I got into this in the first place. We’re great together, I enjoy the company and we are so in sync. And in between having a lovely time hanging out with his family and walking the dogs, talking about music and the world, this album just sort of happened.”

Opening track Hurricanes is a mesmerising evocation of the enduring power of everyday domestic love, artfully blending Dido’s intimate songwriting with a mellifluous torrent of beats. “Because I come from a club background, I find it very inspiring to create an atmosphere and sort of tease a song from it. I spend a huge amount of time messing about, creating backing tracks that conjure up images. It’s like watching a movie in your mind and that becomes a song.” You Don’t Need A God is a gentle anthem to the power of music.

Give You Up is a delicate ballad about recovering from a lost love affair.

A key song, for Dido, was Have To Stay, in which she was able to articulate a mother’s love for her child without over-sentimentalising. “I'm writing in a new way I think. I guess when you have a child you slightly go into another dimension ... from which you might never return.”

For a long time, Dido felt she had nothing more to add to her oeuvre. “What I write about are little moments of conflict, I think. There is always light and dark to it. But when you have a kid there is no conflict, you just love them and want to protect them and hang out with them. And I think that got in the way of writing for a while” Have To Say, though, almost spontaneously emerged from conflicted feelings, thinking about a time when her love for her child would mean one day in the future having to let them go.

The song had a powerful impact on people she played it too. “It’s very funny, everyone who has a kid cries a little. There's been grown men sitting in the room sobbing.” After she wrote it, Dido couldn’t stop writing. “The floodgates opened and it was like everything came back. It stirred up a lot of emotions. I had a lot of things I felt strongly about. I'm really proud of the songs.”

Things have changed for female musicians since Dido first broke through. “It used to be like ‘oh, you're not going to get played on the radio ‘cos there's already two females being played today. I mean I literally heard those words come out of someone's mouth. Now, I think the only thing that matters is if you’ve got a voice that resonates and stirs up emotion. That’s the key. There’s a lot of great singers around now, male and female.” She looks at streaming as a positive development too. “Fans are able to choose what they love and sort of take control in a way, and not just be force fed. I think that's really liberating , it puts the onus on an artist to make every song count, to make it something that people would actually want to listen to.”

With just a hint of trepidation, Dido is even looking forward to touring again. “I love this album. It’s been an absolutely magical experience making it. And I want people to hear it. So I think it’s time to go out there again.” She admits that her “natural environment” is “in the studio writing songs” and “I am a little bit nervous about going on stage again. It’s been 15 years since I played a big show. But I think it will be fun. There’s a lot of songs that people will know and enjoy. I have nothing but great memories of singing Thank You for instance. When you are singing, and everyone is singing along, that is the ultimate feeling in a live show, there is no better thing”.

Still On My Mind is only Dido’s fifth album in 20 years. And it is right up there with her best work. “I wanted to capture the feeling I still get from listening to music,” she explains. “Just that rush, like you just don't need anything more than this. I've lived a life which is just music. I hear melodies in my head.  Music is comfort, it is excitement, it's everything, and it is always there for me.”