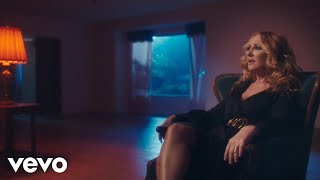 The Lonely, The Lonesome & The Gone

Artists don’t really make albums like Lee Ann Womack’s THE LONELY, THE LONESOME & THE GONE anymore. Albums that seem to exist separate and apart from any external pressures. Albums that possess both a profound sense of history and a clear-eyed vision for the future. Albums that transcend genres while embracing their roots. Albums that evoke a sense of place and of personality so vivid they make listeners feel more like participants in the songs than simply admirers of them.

Anybody who has paid attention to Womack for the past decade or so could see she was headed in this direction. THE LONELY, THE LONESOME & THE GONE (ATO Records) — a breathtaking hybrid of country, soul, gospel and blues — comes from Womack’s core. “I could never shake my center of who I was,” says the East Texas native. “I’m drawn to rootsy music. It’s what moves me.”

Recorded at Houston’s historic SugarHill Recording Studios and produced by Womack’s husband and fellow Texan, Frank Liddell (fresh off a 2017 ACM Album of the Year win for Miranda Lambert’s ‘The Weight of These Wings’), THE LONELY, THE LONESOME & THE GONE marks the culmination of a journey that began with Womack’s 2005 CMA Album of the Year ‘There’s More Where That Come From,’ moving her toward an authentic American music that celebrates her roots and adds to the canon. It also underscores the emergence of Womack’s songwriting voice: She has more writing credits among this album’s 14 tracks than on all her previous albums combined.

Womack had made the majority of her previous albums in Nashville, where the studio system is so entrenched it’s almost impossible to avoid. Seeking to free herself of that mindset, Womack says, “I wanted to get out of Nashville and tap into what deep East Texas offers musically and vibe-wise.”

So Womack and Liddell took a band to SugarHill, one of the country’s oldest continually operating studio spaces. In an earlier incarnation, the studio had given birth to George Jones’ earliest hits, as well as Roy Head’s mid-‘60s smash “Treat Her Right”; Freddy Fender’s ‘70s chart-topping crossovers “Before the Next Teardrop Falls” and “Wasted Days and Wasted Nights”; and recordings from Lightnin’ Hopkins, the Sir Douglas Quintet, the 13th Floor Elevators and Willie Nelson.

Womack found the lure of East Texas irresistible. "I love local things, and I missed local music,” she says. “I grew up in Jacksonville. It was small, so I spent a lot of time dreaming, and about getting out.” It required only a short leap of logic to view Houston, and specifically SugarHill, as the place to record.

“I got everybody out of their comfort zone and into a new element,” says Womack. “And it was funky there. This place was not in the least bit slick. Everybody there, all they think about is making music for the love of making music. Everyone comes in with huge smiles and positive attitudes. It was much different than what we were used to."

Womack had brought a handful of songs to record, including the gospel-inspired original “All the Trouble”; the poignant “Mama Lost Her Smile,” in which a daughter sorts through her family’s photographic history looking for clues to a long-secret sorrow; and the love-triangle conversation “Talking Behind Your Back,” which she penned with Dale Dodson and Dean Dillon, the writer of several George Strait classics. To make the final cut, Womack and the band had to be able to get to the heart of the songs and shine their light from the inside out.

A trio of long-time favorites found their way onto the album, too. Womack joined a long list of legendary voices irresistibly drawn to Harlan Howard’s “He Called Me Baby,” putting a sultry Southern groove underneath its mix of sensuality and sorrow.  On “Long Black Veil,” a tale of betrayal and closely held secrets that became a ‘50s classic as recorded by Lefty Frizzell, she taps into a ballad tradition that runs centuries deep. Womack recorded the album’s final track, a haunting version of George Jones’ “Please Take the Devil Out of Me,” standing on the same gold-star linoleum floor where Jones cut the 1959 original.

Capturing the reality of East Texas music isn't always easy. Being in Houston and at SugarHill helped make that happen, inspiring an approach to the recording process that everyone embraced from the first note played. "Music down there —  including Houston, Beaumont, Port Arthur and all the way through Louisiana, Mississippi and Alabama — is this huge melting pot,” Womack says. “I love that, and I wanted that in this record. I wanted to make sure it had a lot of soul in it, because real country music has soul, and I wanted to remind people of that."

“When you make albums, and aren’t just going for singles, you really have to treat them with respect,” Liddell adds. “We did that at SugarHill, taking a bunch of like-minded lunatics and seeing what happened."

In Houston — with all its history, its eccentricity, its diversity and its lack of pretense — those like-minded lunatics found a place where they could flourish.

“We all felt we weren’t going someplace just to make a record,” Womack says. “We were going someplace to make a great record.”  Don’t just take her word for it, though. Listen. And when Womack and the music take you there, you’ll find you want to stay.

Lee Ann Womack “occupies rare terrain in country music.” Her latest album 'The Lonely, The Lonesome & The Gone’ has “some of the most immediate and deeply felt vocal performances” of her career, “tapping into the emotional core of country” (NPR). Praised by The New York Times, Wall Street Journal, New Yorker and more, Womack has performed alongside Willie Nelson, John Prine and John Legend. With six albums and international chart-topping singles, Womack has earned six Country Music Association Awards, five Academy of Country Music Awards, a Grammy & much more.