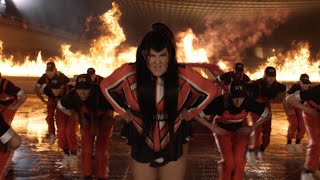 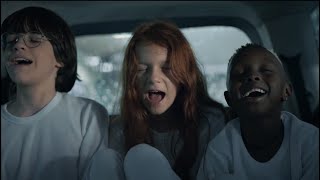 NETTA - The Times They Are A-Changin' (Official Music Video) 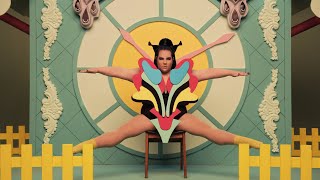 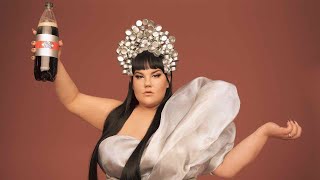 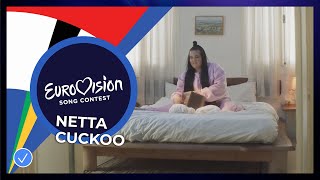 Netta Is Her Own Badass Boss in “CEO”

Netta Goes From Dylan To Disney On Forthcoming EP

Netta Bio
With infectious charisma, a voice of endless colors, enchanting motion, loop wizardry, and acrobatic scatting, Netta quietly emerged as a global pop force in 2018. Her Eurovision Song Contest-winning breakout hit “Toy” resounded worldwide, climbing to number one on the Spotify viral chart in 44 countries, including the US, UK, Australia and her home country, Israel.

Since then, Netta has brought her vibrant spirit to international stages including the catwalk at Israeli Fashion Week and on a private stroll with Prince William during his visit to Israel.
But becoming a professional singer wasn’t something Netta ever dared to dream of: She just wanted to make a living.
Before winning Eurovision in 2018, Netta was a pop enthusiast, but not a pop singer. Netta adored Beyoncé and Rihanna, but was also drawn to soulful, bluesy powerhouses like Aretha Franklin and Lauryn Hill.

For a while, Netta was paid with beer while she sang at bars. But it was then she discovered what she really wanted for a band and for herself. She learned how to beatbox listening to her big brother’s drumming.

With the use of a looper, she allowed her voice to be an instrument — and a powerful one at that. Netta experimented with music from a very young age, but by 24 she found herself at a crossroads: her mom said she needed to study something serious. She panicked, and she decided to audition for the Israeli version of American Idol, HaKokhav Haba. While she thought she’d be cut after the first two episodes for being too experimental and unique, Netta ended up winning the competition and going to Eurovision, where she subsequently took home the top honor. By winning both of these singing competitions, she realized she can stay as quirky as she is, and still maintain her mainstream appeal.

She’s taken that same ethos with her since winning Eurovision. Her colorful follow-up singles “Bassa Sababa” and “Nana Banana” were paired with eclectic music videos — one where she portrayed a magical pink rhino in a big pink tutu — which amassed millions of YouTube views, further solidifying the pop diva’s place in contemporary music.

This past winter, Netta delivered her latest offering with “Ricki Lake”: an empowering, bombastic anthem dedicated to the talk-show host, who was not only an international pop culture fixture, but a personal hero to Netta. The Israeli singer’s fascination with Lake began at 13 when she was exposed to The Ricki Lake Show. Netta was captivated by the way that the series showed American culture at its best and worst. Netta began imitating the colorful characters seen on Lake’s show. She empathized with the way Lake’s weight fluctuated in the public eye, and was inspired by the way Lake cared about other people’s problems.

Lake left a lasting impression on Netta, so she wanted to commemorate it in song. With “Ricki Lake,” Netta took aim at how Americans are drawn to quick-fix culture. Netta even incorporated her own personal experiences into the music video for the track. Up until 18, she was ashamed to eat in front of people because she thought they would be disgusted. But with the video for “Ricki Lake,” she created a video where she enjoys eating (and causing chaos) in a beautiful, absurdist setting. Whether she’s bathing in doughnuts or bashing jars of mayonnaise off of store shelves, Netta is brash, confident and unabashedly herself.

With 600 million global streams to date, Netta is still establishing her musical direction. While “Ricki Lake” is a fun, nostalgic look on pop culture, her next single will be more revealing and ballad-like. For her, every song is a different story. And, she hopes to share more with fans in 2020.