Jonathan Linden and Stephen Shaw, Co-Presidents of Round Room Live 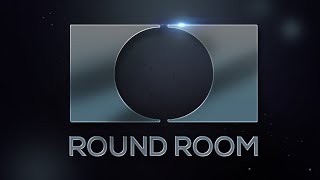 Blippi Returns To The Stage In A Brand New Production

Round Room Live Announces The Successful Completion Of A Management Buyout ﻿

Round Room Live is the leading producer and promoter of exhibitions and family show entertainment, specializing in transforming both new and iconic intellectual property into engaging and thrilling live events. Round Room creates unique live experiences tailored to the distinct character of each property and produces the highest quality productions for audiences around the world.

Their current roster of touring theatrical shows includes: Baby Shark Live!, Blippi The Musical, Peppa Pig Live, Blue’s Clues & You! Live On Stage and PJ Masks Live! Save the Day. Round Room’s Immersive and Entertainment Experiences division is currently touring: Jurassic World: The Exhibition, Mandela: The Official Exhibition and Tupac Shakur. Wake Me When I’m Free, which recently opened in Los Angeles in January 2022. In February 2018, Entertainment One (eOne) acquired a majority position in Round Room Live. eOne is now a division of Hasbro

Stephen is the Founder and Co-President of Round Room Live after starting the company in the fall of 2016. Stephen previously served as President of Michael Cohl’s company S2BN Entertainment from 2014 to 2016. Stephen gained extensive knowledge of the international entertainment industry working for The Rolling Stones’ worldwide tours in 2002 (Licks Tour) and 2005 (Bigger Bang). Subsequently in 2006, Stephen was hired by Concert Productions International, and learned the concert-touring world from some of the greatest visionaries and pioneers of this industry, who were responsible for promoting some of the highest-grossing arena and stadium level concert tours in history. Stephen has nearly 18 years of experience in tours & exhibitions working as a trusted custodian for brands that include The Rolling Stones, Oprah Winfrey, Marvel, Universal, 20th Century Fox, & Entertainment One.

Jonathan is the Co-President of Round Room Live.  He was previously the CEO of Michael Cohl's S2BN Entertainment and prior to that he served as Senior Vice-President, Office of the Chairman at Live Nation.  Jonathan has led and managed significant transactions in the live entertainment space including bundled rights deals for major concert touring artists and global licensing arrangements.  He was part of the producing and promoting teams for numerous high-profile projects including the 2007 and 2013 Barbra Streisand tours, An Evening with Oprah Winfrey and Spider-Man: Turn Off the Dark on Broadway.  Jonathan served as the Lead Producer of Rock of Ages on Broadway and led the global roll out of the production.  Jonathan started his career as a lawyer and earned an MBA degree from the Kellogg School of Management at Northwestern University.