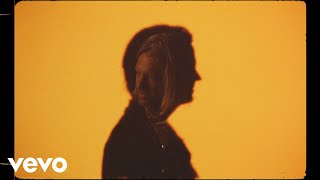 switchfoot - i need you (to be wrong) (official music video) Switchfoot Releases New Music Video For Single “The Bones Of Us”

San Diego’s alt rock quintet Switchfoot has been continually breaking musical barriers in their 20+ career. They have sold almost 10 million copies worldwide of their eleven studio albums (including their 2003 double-platinum breakthrough ‘The Beautiful Letdown’ and 2009's Grammy Award-winning ‘Hello Hurricane’), racked up a string of Alternative radio hit singles and have had songs in numerous TV shows and movies. They have also performed sold-out tours with over 5 million concert tickets sold in over 40 countries around the world. Switchfoot has raised millions of dollars to aid kids in their community through their BRO-AM Foundation. Their emotionally intelligent and uplifting brand of alternative rock has earned Switchfoot a devoted and loyal global fan base. Switchfoot is: Jon Foreman (vocals, guitar), Tim Foreman (bass), Jerome Fontamillas (keys, guitar), Drew Shirley (guitar) and Chad Butler (drums).