Today, the iconic, unfiltered and wickedly funny CREEM magazine revealed the cover for its first print issue in 33 years, featuring original art by the legendary Raymond Pettibon (responsible for Sonic Youth's Goo album cover & others), along with the first issue’s Table of Contents below. The new CREEM spans generations and genres, with untold stories from icons like The Who and Terry Allen, a reassessment of The Osmonds’ metal album and revival of their Stars Cars column with Slash, as well as featuring new faces of rock like Special Interest, Viagra Boys and Amyl and the Sniffers, alongside rising stars in rap and R&B like Lil Aaron and KeiyaA.

Vanity Fair unveiled Pettibon’s latest work, and he says of the audacious cover image: "My thought was of the many garage bands that drew inspiration from CREEM. The band depicted could be from anywhere. They could be breaking big as this issue goes to print. That could be your band, on the cover of CREEM…I hope everyone shares my excitement for the rebirth of a great magazine." CREEM CEO John Martin added: “We're very serious about not taking ourselves too seriously - and wanted to do something that defies conventions of what a 'rock mag' should have on a cover."

After making its entire original 1969 - ‘89 run of back issues available online for the first time in June, CREEM returns as an oversized subscription-only premium quarterly on September 15. The feature previews here illustrate the magazine’s breadth of coverage from eminent writers and photographers, as well as bold new voices. The last day to subscribe to the first issue or sign up for a 30-day free trial of the CREEM Archive is August 17.

Founded in 1969 Detroit, CREEM grew from underground paper to national powerhouse - an essential source of music journalism for twenty years. It reflected and shaped the culture, cultivating some of the most legendary writing talent of the era: Lester Bangs, Cameron Crowe, Patti Smith, Robert Christgau and Jaan Uhelszki, who now returns as editor. The magazine’s original rise and fall is chronicled in the critically-acclaimed 2020 documentary CREEM: America's Only Rock 'n' Roll Magazine, which earned praise everywhere from The New York Times to CBS This Morning. 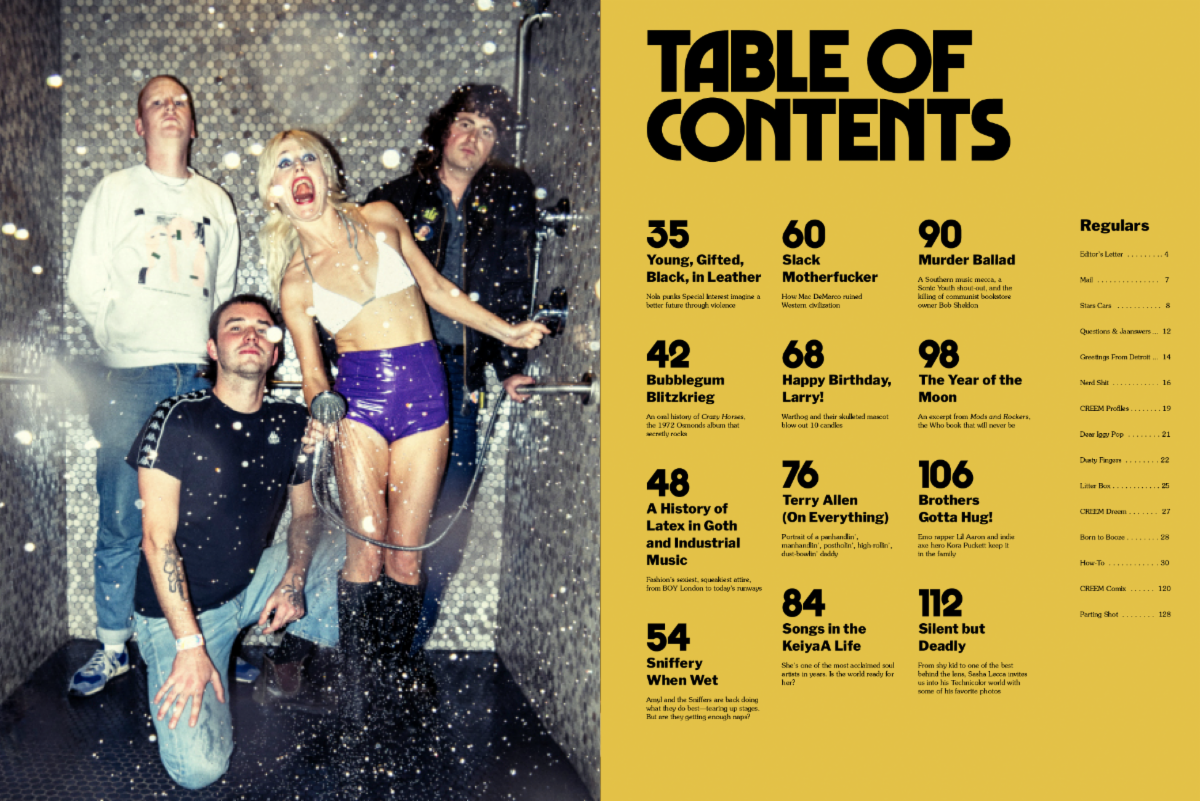 An oral history of Crazy Horses, the 1972 Osmonds album that secretly rocks

A History of Latex in Goth and Industrial Music

Amyl and the Sniffers are back doing what they do best—tearing up stages. But are they getting enough naps?

Warthog and their skulleted mascot blow out 10 candles

Terry Allen (On Everything)

Songs in the KeiyaA Life

She’s one of the most acclaimed soul artists in years. Is the world ready for her?

The Year of the Moon

An excerpt from Mods and Rockers, the Who book that will never be

From shy kid to one of the best behind the lens, Sasha Lecca invites us into his Technicolor world with some of his favorite photos 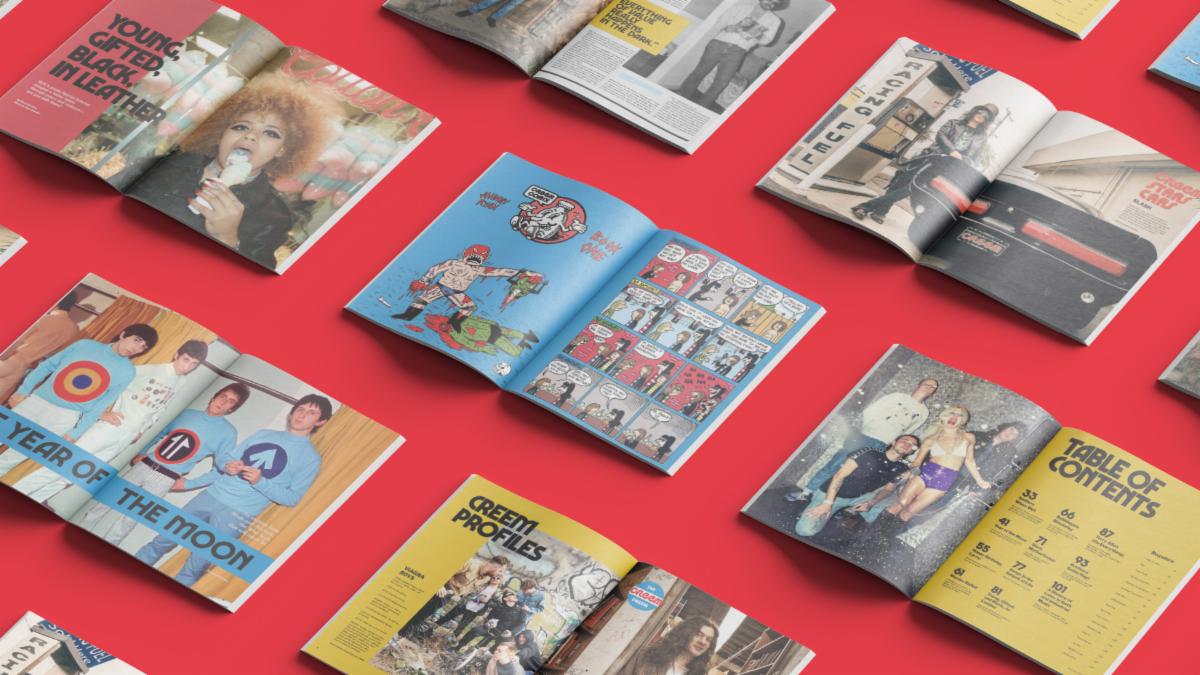 CREEM Entertainment is the modern-day devil spawn of Detroit's legendary CREEM Magazine. During its initial twenty-year run, CREEM launched the careers of countless iconic music journalists and bands, while never hesitating to lampoon those who took themselves too seriously. Today's CREEM, powered by the next generation of cage-rattling truth tellers and provocateurs, will deliver the best in editorial, original programming, merchandise, subscription products, and experiences to rock 'n' roll fans of all ages. Boy Howdy, indeed!