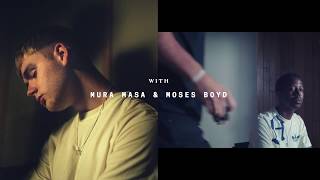 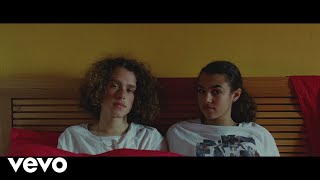 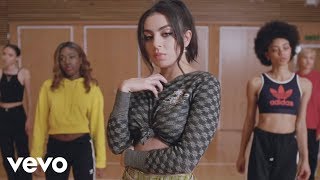 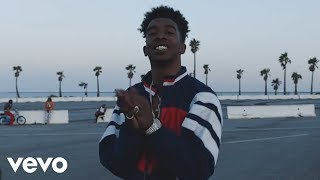 Mura Masa - All Around The World (Official Video) ft. Desiigner 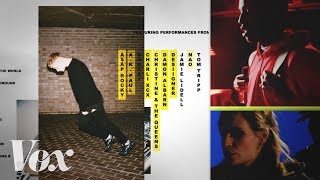 The story of Mura Masa is one to remind people that there's still room for optimism about the “internet generation”. Only just out of his teens, Alex Crossan has shown how someone with an appetite for knowledge, even if their upbringing has been isolated, can make full use of having the world at their fingertips without getting overwhelmed by “too much information”. Not only that, but again and again he's proving that it's possible parlay the myriad of potential influences that are available to anyone with a broadband connection into something unique, future-facing and accidentally popular. Like, over 200 million streams popular.

Now, he's gone a step further and turned all that ability and promise into a playful, ambitious and entirely ‘Mura Masa’ debut album. It's a record that, in his words, captures “the confusion and chaos of being 20 and living in London for the first time”. An album that features an extraordinarily diverse mix of guests, ranging from Damon Albarn and Christine & The Queens to A$AP Rocky, Desiigner, Jamie Lidell, A.K Paul, and affiliates of Alex’s own Anchor Point family (like Nao, Bonzai and Tom Tripp). In and amongst all that, you’re as likely to find Prince-style wired funk sitting next to trap as you are tropical-inflected house and acoustic balladry. Undaunted by the calibre of talent he's found himself working with or the pressure of expectations, Mura Masa has produced an album of coherence, variety and vitality: even his artwork rejects the idea of running to the page, or living in a box.

It’s a record which looks in from the outside - across water, in fact - at a scope of subcultures, and measures the reality against what was promised by the lens of the Internet. Alex grew up on the island of Guernsey, where “everybody knows each other” but the opportunities for young people, as he laconically puts it, “are basically: hang around beaches and drink.” Music tended to be DIY out of necessity - the nearest gig hot-spot was a five-hour ferry trip to Southampton, after all – and so Alex was left, he says, feeling “very disconnected from British music. My mum is American and I was exposed to a lot of her records at first, like Joni Mitchell, whilst my Dad’s from Scotland and played in a lot of hard rock bands when he was younger.” A lack of first-hand experience in underground music, however, was to provide Mura Masa with the necessary distance to approach it with freshness, and an appetite for curation. “I’m a cultural tourist,” he says now. “I knew that I was never going to be mistaken for a cool London kid, but not being able to go to a rave shouldn’t mean you’re not allowed to document rave culture in some way.”

The lightning-bulb moment came at around the age of 15. Then, Alex “heard Hudson Mohawke's 'Thunder Bay' and discovered that electronic music was a thing,” before discovering James Blake “made me realised how far you could go with it!” And that's where the internet-digging began. “I like

to do my homework,” he deadpans, before explaining how via YouTube and streaming he steadily inhaled first the entire discographies of these artists, then of musicians in their circles – SBTRKT and Cashmere Cat were early favourites – and then of the sounds that influenced all of these. Around the ‘Someday Somewhere’ EP, it was admittedly about spotting connections, echoes between scenes, and trying to make up for as much time as possible in some ways. As he began making an album, though, Mura Masa experienced “less of a sound-shift, and more of an attitude-shift. I’ve honed in what I actually love about making music, incorporated a lot more real instruments, and feel like I’m less worried about trying to prove myself. At first I thought you should just listen to everything you could all at once.”

Blowing up initially on Soundcloud – which in turn exploded his own worldview on how bedroom-producers could shake the world – Mura Masa began to understand that it wasn't an either/or thing: you can make cool, exploratory songs and reach out to a mass audience without compromise. To assist this transition, he moved from Guernsey to study English Literature and Philosophy in Brighton (but had to drop out when music took over around one year in). He then relocated to South London, an eye-opening journey which is captured in more ways than one on his debut album. The record begins with sound of getting on a bus at New Park Road, before travelling round the areas of the city which are integral to specific tracks (Brixton, Abbey Road, Hackney, Rayners Lane, Caledonian Road) and the broader musical map of these last few years (there’s also ambient sounds from Los Angeles, Japan, Paris, Brighton and Guernsey). It closes, on the beautiful ‘Blue’, with a return to South London, forming – if not a hugely conceptual, linear narrative – the kind of universe-building details that define an album for someone like Alex. “Hardly anybody’s going to know that they’re in there, maybe, but it’s important to me that they are. The reason I’ve made an album in the first place was to capture this chapter of my life, and those places which defined it.”

Allowing others into the Mura Masa world was a gradual process, but one which has paid off with a remarkable cast of collaborators: from A-Listers to cult heroes and emerging talent, but singularly Mura Masa’s vision of what pop music (and modern British culture) should look like in 2017. New single ‘1 Night’, for instance, teams Alex up with Charli XCX, blending the textures of calypso or dancehall into the rhythm of house track effectively about two friends who cross a line, and (as with the A$AP-featuring ‘Love$sick) may not be able to go back. The trial and errors of youth are there again on ‘Nuggets’ – that sense that love hits fast, like weed, and tapers off – or the Tom-Tripp-assisted ‘Helpline’, and its depiction of a lost night, and lost scenes: “I wanted to echo the kind of music you don’t really get from the UK anymore: the live-band punk circuit, strong London accents.”

Elsewhere, ‘Who Is It Gonna Be?’ – with A.K Paul – is a haunting, melancholic ballad from within a warehouse rave, tipping a hat to breakbeat or garage subcultures; ‘Nothin Else’ was written the day Prince died, its funk workout neatly complimented back in his home of Massachusetts by Alex’s long-time Warp pin-up, Jamie Lidell.  ‘Second 2 None’, meanwhile, twists a love of jungle and grime samples into an ethereal European torch-song: “Christine is just the best person. She recorded the whole song in about an hour – I think I pressed record four times – before going to a fashion awards show. It sounds weird not to expect a singer to be able to sing like that, but it was incredible.” And whilst the relationships with all the artists featured came together organically, the sheer geography of Alex’s ambitions was not always straightforward. One of the album’s wildcard guests, the Kanye-signed Desiigner, may be one of the most streamed artists in the world, but remains an enigma. “We were trying to get the lyrics from him for ‘All Around The World’, and even Desiigner doesn’t know what it was that he sang, because he didn’t write it down and was just in the moment.” Throughout ‘Mura Masa’, there’s a growing sense of self-belief that will not only see Alex step up to the mic himself – ‘Messy Love’ – but also direct his guests with a confidence that surpasses his years.

Perhaps most meaningful of all to Mura Masa is closing track ‘Blue’: the result of many months spent playing email-tag with long-time hero Damon Albarn (“what a thing to have happened!”), and an exquisite duet of soul and electronica, new faces and old. “Demon Days was the first album I ever bought, and became a huge inspiration when making my own record in terms of showing that you don’t have to write shiny pop music to make something important.” For Alex, having Damon on the album also alludes to that era of UK music which has gone – when rock was in the charts, and Nationalism was bound up in pop music – versus life for a young person today: now, it’s about moving pop forward into a reflection of multi-cultural life, where “it’s more important than ever to have a melting pot of cultures. Damon did that with Gorillaz and it’s a spirit I’ve tried to emulate on my own album, in terms of the range of collaborators and clashes of sounds. Back in Guernsey when I was younger, I thought there was just London culture on one hand, and ‘gangster rap’ on the other. I wanted to look in on the walks of life in-between, and make something eclectic and inclusive. The album shouldn’t feel completely cohesive at all times, because I’m young and don’t have one specific direction in my life yet.”

For Mura Masa – and children of the internet like him, arguably – there is not one story, but a series of moments where you continue to figure out who you are, and what you want. His debut album suggests the importance of togetherness, and the challenge to connect (however isolated your upbringing, messy your love life, or busy your city).  What Mura Masa will do next is mind-boggling to consider, but wherever he goes, he’s going with you.