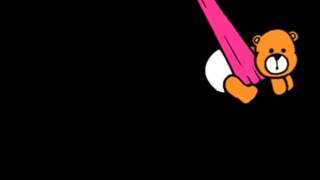 Lullaby Renditions of Pitbull: out 10/16﻿ on CMH Label Group

- Rockabye Baby was created in 2006 after Lisa Roth, VP and Creative Director of  CMH Label Group, was unable to find any adult friendly gifts for an expectant friend. "I wanted to give something I was excited to hand someone. Something that I would appreciate receiving." As both a record label executive and a fan of music, she came up with the idea for lullaby renditions of your favorite pop, rock and hip hop artists, a baby product that is for the parent as well as their little ones.

-Rockabye Baby releases 6 to 8 albums per year with nearly 100 albums released since 2006.

- Only The Beatles and U2 have two full lullaby albums each.

- CDs are available in boutiques and stores worldwide, as well as Amazon, iTunes and all streaming platforms.

- When choosing artists, Roth appreciates a bit of humor, telling People Magazine "The greater the irony an artist’s name brings, the better!"

As a child in Stuttgart, Germany, Martin Haerle fell in love with the bluegrass and country music he heard on American Armed Forces Radio. Infatuated by the high-lonesome sound, Haerle set off for America in search of his musical heroes. Starting in the mailroom of Starday Records in Nashville, he ascended the company ladder to become Vice President of the legendary country label in its early-1960s heyday.

Martin Haerle unexpectedly passed away in 1990. His youngest son David left his job as a talent agent to head the label. A child of rock and roll, David combined his musical passions with the label’s bluegrass roots, and the Pickin’ On Series was born. Featuring bluegrass tributes to artists like Metallica, Green Day, and Modest Mouse, the Pickin’ On series has proved to be enduringly popular. CMH continued to record new and familiar voices, with releases showcasing the legendary talents of artists such as Wanda Jackson, Raul Malo and David Lee Roth.

As CMH expanded its musical reach, new labels were formed to house its diverse offerings. The award-winning Rockabye Baby series creates lullaby renditions of rock classics. Seen in the pages of The New York Times, People, and Entertainment Weekly, and on episodes of Ellen and The Talk, Rockabye Baby makes rock music baby-friendly and kids music adult-friendly. Vitamin String Quartet [VSQ] is a top-selling collective of classical musicians who create cutting-edge string renditions of modern and classic rock songs. Their virtuoso takes on artists such as Metallica, Radiohead and Lady Gaga have helped them amass an incredible fanbase, sell millions and garner appearances on hit TV shows. CMH Label Group is home to the heavy metal of Dwell, as well as the rap and punk of Crosscheck and OCD. The label group also offers up Hushabye Baby’s lullaby renditions of country favorites and has explored the indie rock world with releases from Violent Femmes, members of Black Flag, and more on The Secret Life of Records. There are many more exciting and innovative subsidiary labels to be found in the CMH catalog.