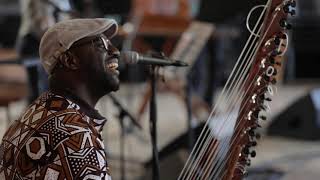 Oak, from Spell Songs II: Let The Light In 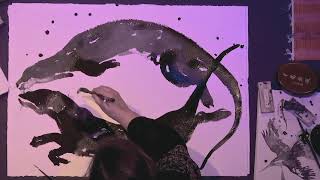 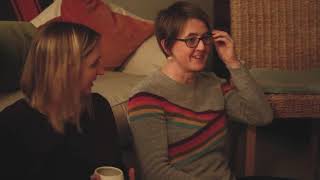 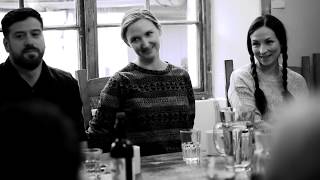 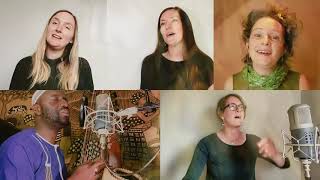 Let the Light In

Winters Are Ending, Waters Are Rising And This Song Calls For Change

Commissioned by Folk by the Oak Festival in 2019, the original, highly successful Spell Songs album (released in 2019) was inspired by, and became the musical companion piece to, the bestselling, prize-winning, and much-loved book The Lost Words co-authored by writer Robert Macfarlane and artist Jackie Morris. Those already familiar with The Lost Words, will know it as a work full of wildness, beauty, loss, and hope.

This award-winning book has become ‘a cultural phenomenon’ (The Guardian), beginning ‘a revolution’ (Chris Packham) and moving people across the UK to work with charities, book shops and local communities to raise money to get the book into schools, hospices, and care homes, whilst simultaneously inspiring a whole cultural sphere passionate about conservation from opera, dance, film and theatre through to the Spell Songs band and so much more.

With the release of their ‘little sister’ follow up book The Lost Spells in October 2020 the authors gave voice and presence to even more wildlife which presented the Spell Songs musicians with a glorious wealth of new artwork and poetry to explore for their second album Spell Songs II: Let The Light In.

The 'Lost’ books phenomenon began as a response to nature words being dropped from the standard Children’s English Dictionary and grew to become a much broader protest at the loss of the natural world around us. With the aim of reawakening our love of the wild, the authors created a dazzlingly original concept where poems became spells or incantations, and where art conjures nature. They are called ‘spells’ rather than poems as they are designed to be spoken (or sung!) out loud in order to summon back these words and creatures into our hearts. Robert explains: "We’ve got more than 50% of species in decline. And names, good names, well used can help us see and they help us care. We find it hard to love what we cannot give a name to. And what we do not love we will not save.”

Spell Songs II: Let The Light In is born out of the same heartfelt concerns that informed the artwork and poetry within these two books, namely, the loss of our natural world, the need for a more compassionate view of the wild and a determination that there is still hope. Reunited in April 2021, after multiple pandemic postponements, the Spell Singers eagerly joined Jackie and Robert at Greta Hall (once home to Samuel Taylor Coleridge) in the heart of the Lake District to begin their second collaborative residency. Each song may have originated within the hearts of one or two of the musicians, but through communal creative respect and generous musicianship these acorns of ideas were soon turned into truly collaborative works resulting in a stunning and unique album.

Andy Bell, the album’s producer, was there to witness the creation of each song during the residential which gave him a unique understanding of their origins. When it came to the recording process at Peter Gabriel’s Real World Studios in May 2020, he was therefore ideally placed to express the true beauty of each song. The finished album is timeless and accomplished and has a deep presence that will soar straight to your heart and stay there.

Here are 15 eclectic songs with folk, world, experimental, rock, alt-country, classical and traditional elements which capture the essence of the ‘Lost’ books. Spoken voice, whispers, accents, dialects, native languages, birdsong, the bark of foxes, the soft sound of a moth’s wing, the sound of a children’s climate strike; all increase the intimacy and power of the musical world conjured by Spell Songs II.

Robert Macfarlane: Robert is a fellow of Emmanuel College, Cambridge and the author of bestselling and prize-winning books, including The Wild Places, The Old Ways, Holloway, Landmarks and Underland: A Deep Time Journey. His work has been translated into many languages and widely adapted for film, television and radio. The American Academy of Arts and Letters awarded him the E.M Forster Award for Literature 2017. Other awards include Guardian First Book Award, Sunday Times Young Writer of the Year, Scottish non-fiction book of the year, and twice shortlisted for the Samuel Johnson Prize.

Jackie Morris:  Winner of the CILIP Kate Greenaway Medal 2019 – Jackie grew up in the Vale of Evesham and studied at the Hereford College of Arts and at Bath Academy. She has illustrated for the New Statesman, Independent and Guardian, collaborated with Ted Hughes, and has written and illustrated over 40 books, including beloved classics such as The Snow Leopard, The Ice Bear, Song of the Golden Hare, Tell me a Dragon, East of the Sun, West of the Moon and The Wild Swans.

Karine Polwart: a multi-award-winning songwriter and musician, a theatre maker, storyteller, essayist, and published writer, Karine’s script for her award-winning show ‘Wind Resistance’ was picked by Robert Macfarlane for The Guardian’s 'Best Books of 2017'. Her success at the 2019 The BBC Radio 2 Folk Awards means Karine is now a seven-times winner of these prestigious awards, including three times for Best Original Track.

Julie Fowlis: often singing in the Gaelic Tradition, Julie is known for her crystalline and intoxicating voice. Winner of BBC Radio 2 Folk Singer of the Year 2018, she will forever be recognised for singing the theme songs to ‘Brave’, Disney Pixar’s Oscar, Golden Globe and BAFTA winning animated film, and has collaborated with the likes of James Taylor, KT Tunstall, Graham Coxon (Blur), Nicola Benedetti and Mary Chapin Carpenter.

Seckou Keita: BBC Radio 2 Folk Awards 2019 Musician of the Year, Seckou is an exceptional and charismatic musician and arguably the most influential and inspiring Kora player (22 stringed West African harp) of his generation. He has enjoyed a successful solo career, including the stunning ‘22 Strings’ released in 2015, but is also renowned for incredible collaborative work with diverse artists from Paul Weller to Youssou N’Dour, and Welsh harpist Catrin Finch with whom he has earned many awards and much critical acclaim for albums Clychau Dibon and SOAR.

Kris Drever: one of Scotland’s finest and most prolific songwriters and a member of award-winning folk trio Lau, Kris was awarded BBC Radio 2 Folk Awards Folk Singer of the Year 2017, a year in which he also landed the award for Best Original Track for the title track to his self-written third album If Wishes Were Horses.

Rachel Newton: Rachel is a singer and harpist with a reputation for “haunting and compelling” (The Guardian) performances and was awarded BBC Radio 2 Folk Musician of the Year in 2017 and the Scots Trad Music Award Instrumentalist of the Year 2016. A skilled collaborator, Rachel is a founder member of The Shee, The Furrow Collective and Heal & Harrow.

Beth Porter: Beth is a well-known cellist on the UK folk and acoustic scene and a one half of The Bookshop Band, who write songs inspired by books that are frequently performed at book shop gigs.

Jim Molyneux: Jim Molyneux is a multi-instrumentalist, vocalist, composer and producer hailing from Lancashire, and now based in East London. Widely in demand as a drummer, keys player and vocalist for live performances, radio, TV and theatre work, his session credits include performances with Lucy Rose, Kitty Macfarlane, Bow Anderson and many others. Jim produces and releases his own songs under the moniker of EMBLM, as well as remixing tracks for Manchester indie band Big Society, Harry Heart and several others. As a teenager, Jim also made it to the highly acclaimed Grand Final of the BBC Young Musician of the Year, after triumphing in the percussion final.

In 2019 he arranged the orchestral and choral rendition of The Lost Words Blessing for The Lost Words: Spell Songs concert at the BBC Proms in London's Royal Albert Hall, which was broadcast live on BBC Radio 3.

Folk by the Oak Festival: A one-day festival of folk’s finest acts gathered in the leafy surrounds of historic Hatfield House in Hertfordshire. Since commissioning the acclaimed Elizabethan Session, inspired by the history of their festival venue, the organisers have released 4 albums under their Quercus Records Label: Elizabethan Session (2014), Sweet Liberties (2016), Shake the Chains (2017), and The Lost Words: Spell Songs (2019).

The Lost Words: A Spell Book: began as a response to the removal of everyday nature words such as "acorn", "bluebell", "kingfisher" and "wren" from a widely used children’s dictionary, because those words were not being used enough by children to merit inclusion. Published in 2017 The Lost Words then grew to become a much broader protest at the loss of the natural world around us, as well as a celebration of the creatures and plants with which we share our lives, in all their characterful glory. This bestselling and award-winning book has become ‘a cultural phenomenon’ (The Guardian), beginning ‘a revolution’ (Chris Packham) and moving people across the UK to work with charities, bookshops and local communities to raise money to get the book into schools, hospices and care homes, whilst simultaneously re-igniting a passion in children, teachers and parents to explore the natural world and to re-discover the lost words from the book, and their meaning.

The Lost Spells:  Kindred in spirit to The Lost Words but fresh in its form, The Lost Spells is a pocket-sized treasure that introduces a beautiful new set of natural spell-poems and artwork by beloved creative duo Robert Macfarlane and Jackie Morris. Each "spell" conjures an animal, bird, tree or flower -- from Barn Owl to Red Fox, Grey Seal to Silver Birch, Jay to Jackdaw -- with which we share our lives and landscapes. Moving, joyful and funny, The Lost Spells above all celebrates a sense of wonder, bearing witness to nature's power to amaze, console and bring joy.