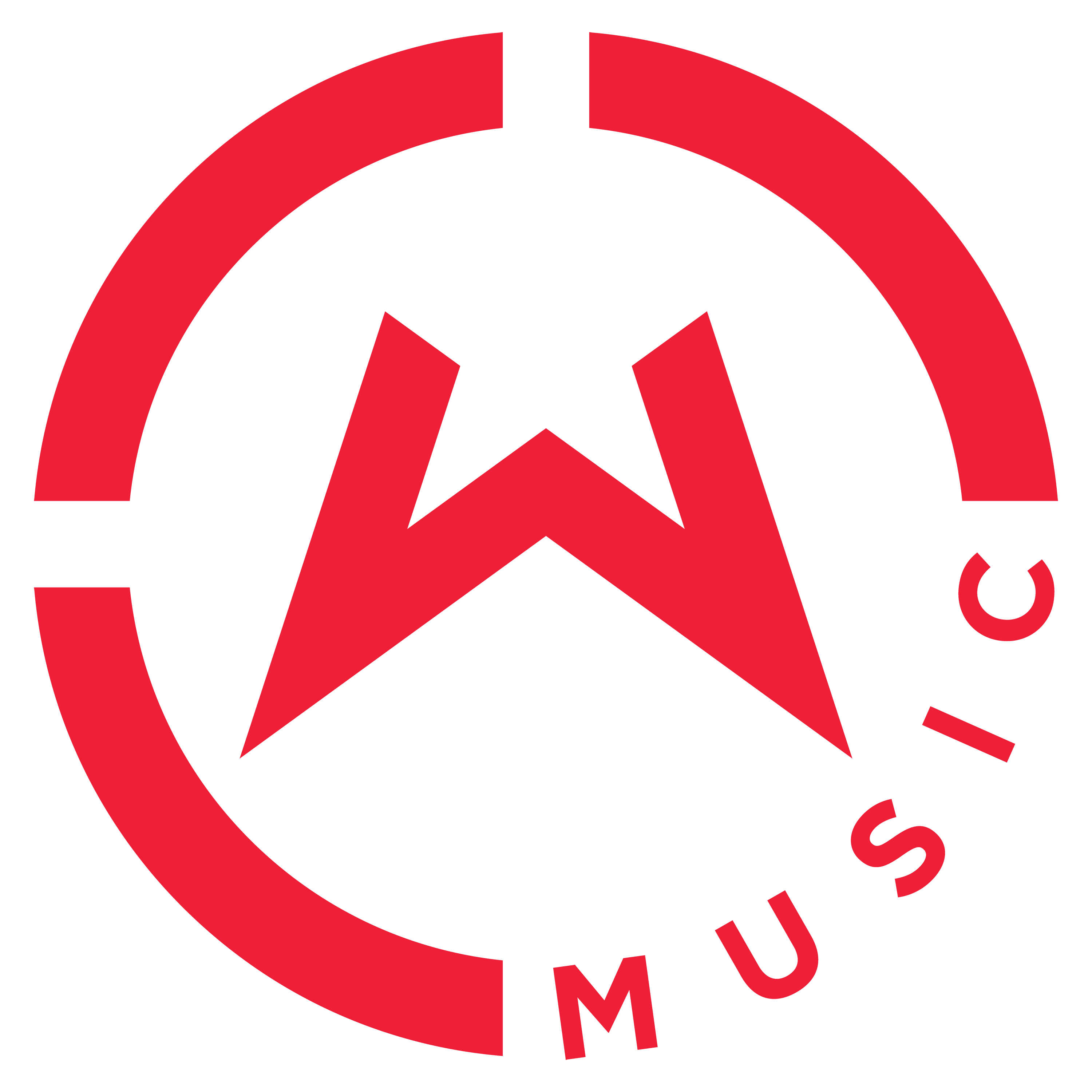 Wasserman Music represents a world-class roster of artists for live performance, touring, brand partnerships and beyond, empowering them to create culture and impact audiences globally. The passionate, entrepreneurial agents at Wasserman Music are long-term artist development strategists who build significant, global platforms for the world's most impactful artists. Wasserman Music is a division of Wasserman, a partner to the world's most iconic sports figures, musical artists, brands, and properties.

Agent Lee Anderson has been at the forefront of the dance and electronic music sector of the live music business for nearly 15 years. His innovative strategic guidance has driven large-scale Las Vegas residencies for top acts such as Zedd, Skrillex, and David Guetta, as well as unique touring properties like Skrillex's "Full Flex Express" Canadian railroad tour, "Takeover" full-week residencies in various global cities, Zedd’s “In the Park” festivals, and Disclosure's "Wild Life" event series.

A native of West Hartford, CT., who is fueled by four double espresso iced Americanos per day, Anderson opened his own concert production and marketing firm, Mixed Bag Productions, while studying marketing at Champlain College in Vermont in the early 2000s. He joined boutique dance music agency AM Only in 2007, rising to the level of vice president. AM Only was acquired by Paradigm in 2012 and came under the Paradigm name in 2017, where Anderson became a member of the Music Executive Group.

Anderson was heavily involved in Paradigm’s transition to Wasserman Music, where he again sits on the executive management team, oversees the agency’s genre group leaders and enhances its diversity, equity, and inclusion initiatives. His client roster also includes major stars from beyond the dance music world, including Cautious Clay, Oliver Tree, Alessia Cara, Glaive, and Normani. He has been featured twice in Billboard's "40 Under 40," multiple times in its "Dance Power Players" lists, and in 2020, and 2022, was twice named to its music industry Power List. Anderson has also been nominated for Pollstar's Bobby Brooks Award for Agent of the Year.

Veteran booking agent Tom Windish has developed the touring careers of some of the world's most impactful artists, including Billie Eilish, Lorde, alt-J and The xx. Under his direction, Windish has helped steer these and other top acts from their earliest days, growing them from local venues to arena tours and major festival headlining slots.

Universally recognized as one of the music industry's most successful agents, Windish joined Paradigm in 2017 from The Windish Agency, which he started in his Chicago apartment and built into an unstoppable industry force with a staff of more than 80 in six cities and over 1,000 clients. The highly acclaimed agency won Pollstar's Independent Booking Agency of the Year Award three times and once booked 40 different artists at a single edition of the Coachella Valley Music and Arts Festival.

Windish is also widely known as an entrepreneur, an innovator and being at the forefront of the future of the music business. In 2020 he founded Wilder Records in partnership with Future Classic to identify and develop diverse global talent. Windish also advises several companies, including Sofar Sounds, School Night and Pirate Studios.

In his role at Wasserman Music, Windish leads A&R for the entire team, holding weekly meetings and offering insights into how to discover and develop up and coming talent. He’s also a key member of the executive team for business development and is leading a number of efforts to break artists through Web3 opportunities.

Decades before securing Coachella and Glastonbury headlining slots for Billie Eilish, Windish got a crash course in the music industry when he ran the campus radio station’s concert at SUNY Binghamton after the show’s organizer abruptly dropped out of school. “The Feelies concert that ended up happening on the last day of class remains one of the best nights of my life,” he says.

“My three rules have worked well for me,” says Windish, who lives in New York with his wife and young son and can often be seen biking around the city to meetings and concerts. “Book bands you love, respond to every email immediately and be nice to people.”

Sam Hunt is the type of person who can pin his most significant life moments to the ticket stubs he’s preserved in a book from every concert he ever attended. It’s this intuitive love of music that led him from his Bay Area roots to Chicago, where he attended college in the late ‘90s. There, the city’s thriving underground rock culture quickly opened doors for him at institutions such as Thrill Jockey Records, the Empty Bottle and, in 2004, the upstart Windish Agency.

“Tom Windish hired me as his assistant and basically let me be free range within a year, teaching me by osmosis and then letting me make my own mistakes and celebrate my own successes,” says Hunt, who cut his agency teeth with one-of-a-kind acts such as the party-starting Girl Talk (Gregg Gillis). “From the beginning, Gregg was an electronic/dance artist that refused to participate in any sort of DJ culture and who wanted a free-for-all of fans onstage alongside him while he played. He really let me learn on my feet as he and I worked together to figure out how to build and scale a touring career that was without real precedent or past model.”

One of the youngest recipients of Pollstar’s Agent of the Year honor in 2016, Hunt now works with one of the most enviable rosters in in electronica, indie, pop, and hip hop, from Diplo, Major Lazer, Flying Lotus, Jamie xx and Animal Collective to Run The Jewels, Big Boi,100 gecs, and Public Enemy, to Still Woozy, and Caroline Polachek. His drive to book his artists in unlikely places has led to many unique and rewarding shows, including Major Lazer's 2016 performance in Cuba, which was the first by an American artist in a generation and drew more than 400,000 people.

“I have a fanatical fear of missing out on something – an opportunity, a funny story, a weird fact, a great show,” says Hunt, a self-professed information addict who listens to podcasts at 2X speed so as to maximize his spare time. “My mom made me sell my ticket to see Nirvana on Dec 31, 1993, and I’ve been insuring against letting anything like that ever happen again.”

After nine years as an agent, Max Braun remains driven by a desire to work with artists who are forward-sounding and renegade-thinking. His disparate roster reflects this ambition, from the eclectic pop of Rex Orange County (whom he met in 2015) to the gritty, unclassifiable slowthai, the groundbreaking dance duo Disclosure and the next-level jazz stylings of BADBADNOTGOOD.

Braun says he is inspired daily by “being around folks who think differently. There is no more powerful force to make you want to help someone achieve their goals than spending time with artists and digesting and understanding the way they do what they do.”

A Baltimore native who now splits time between Brooklyn, N.Y., and Nashville, Braun has never been content to merely book concerts for his clients. “It takes time to grow something amazing, and that doesn’t always happen overnight. Take your time and don’t skip steps,” he says. “Sure, a flavor-of-the-month artist may make a lot of money in the short term, but I sign acts that I can see myself working with 20, 30, 40 years down the road and reflecting on all the moments we had building their career along the way.”

While attending music school at Loyola New Orleans, Braun began organizing raves around the Crescent City, which quickly grew from featuring local talent to international acts. At his first show after moving to New York, he met future Wasserman executive Lee Anderson, who quickly hired him at famed dance music agency AM Only. “I have worked with the same group of people ever since,” Braun says proudly.

Having seen firsthand how entrepreneurship kick-started his own career, Braun is quick to encourage it from music business up-and-comers. “Start something of your own, even on a small scale, that helps you hone in your passion and maintain it,” he says. “Exercising your brain will not only help you find your niche in the larger business, but when you can start something and maintain it on your own, others are more willing to trust you to do that for them and their business as well.”

Mallory Smith is manager of brand partnerships at Wasserman Music, having joined the company as part of Paradigm in 2019. Smith is active in establishing sustainable brand partnerships that amplify her artists’ voices, particularly to minority and LGBTQ+ audiences, while never compromising their integrity.

Smith was promoted to agent in 2021, making her one of only a handful of Black females in that role at major U.S. talent agencies. In recognition of her work, Smith was included in Variety’s 2022 New York Women’s Impact Report. She has also served as a guest lecturer at Tennessee State University as part of the Wasserman Music Accelerator Program in tandem with the Black Music Association Coalition.

A New Haven, Ct., native, gospel music lover and former Division 1 athlete, Smith still cherishes her souvenir t-shirt from the 2016 Bad Boy Family reunion tour (“This concert was the very first time I realized I just had to be in the music industry,” she says). She was previously an assistant in strategic marketing and brand partnerships at Warner Records, where she worked with artists including Dua Lipa, Saweetie and Drake’s OVO Sound.

“My college coach always repeated the slogan ‘pressure is a privilege,’ and when I’m in the midst of adversity or anxiety, I am reminded to embrace that pressure,” she says. “It’s a reflection of the accomplishments I’ve earned. There would be no pressure if great expectations were not attached.”