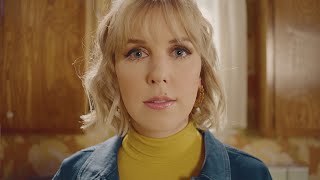 Nataly Dawn Sings a Hymn of Acceptance: “Have You Heard”

The latest album from Nataly Dawn, Gardenview emerged as the Berkeley-based artist contended with many of her longtime demons, repeatedly turning to songwriting as a means of accessing joy, presence, and a deeper sense of peace. Over the course of 13 exquisitely detailed tracks, Dawn shares what she’s learned so far in the ongoing struggle toward self-acceptance, presenting that insight in an elegantly eclectic variety of musical forms: high-spirited folk hymns, McCartney-esque pop symphonies, indie-rock-infused retellings of ancient Taoist fables, to name just a few. Centered on the warmly captivating vocal presence she’s also brought to her role as lead vocalist of beloved indie-pop band Pomplamoose (a YouTube sensation whose hyper-creative videos have amassed over 380 million views to date), Gardenview serves as a vessel for the kind of heart-expanding revelation that ends up transforming the way we see the world.

Her fourth solo album and first full-length since 2016’s Haze—a critically acclaimed release that prompted Consequence to praise her as a “force to be reckoned with”—Gardenview finds Dawn co-producing alongside her close friends John Schroeder (Frankie Valli, Jordin Sparks) and Ross Garren (Bon Iver, Ben Folds), imbuing a certain effusive energy into the introspective pieces she’d sketched on acoustic guitar. “I’d written these songs in the isolation of the pandemic, and I knew they would benefit from making the recording process a very communal experience,” says Dawn. “It definitely opened them up into something bigger and less about me and my little world.”

Mostly recorded live, with minimal overdubbing, Gardenview came to life in collaboration with Dawn’s musician-friends Eliana Athayde (on electric and upright bass) and Kyle Crane (on drums and percussion). With Schroeder and Garren adding to the album’s lush instrumentation (including everything from chromatic harmonica and tack piano to Mellotron and bowed guitar), the result is a truly singular form of folk/Americana, delicately sculpted yet deliberately unvarnished. “I wanted this album to feel like an unfiltered expression, which was one of the reasons I prioritized working with friends: there’s an ease that comes with that, where there’s no pressure to prove anything,” says Dawn. “In many ways, the whole process was an exercise in not trying to be anything but myself.”

Both vast in scope and intensely intimate (particularly in its foregrounding of Dawn’s beautifully understated vocal work), Gardenview merges its immersive sound with a tender contemplation of such complex matters as loss, shame, belonging, and the unending quest for the divine. Like much of Dawn’s work to date, the album also reflects on her upbringing as the child of evangelical missionaries, an element she considers indelibly formative in shaping her identity and perspective. To that end, Gardenview opens on the bright-eyed benediction of “Have You Heard,” a sweetly lilting piece she sums up as a “bonafide hymn.” “In the past I’ve leaned away from writing songs that feel too religious, but ‘Have You Heard’ was about accepting my love for the hymns that I grew up with,” she says. “At the same time, I’m flipping the idea of the Rapture into something more like a homecoming. So instead of it being about hell and retribution, it’s about finally getting to meet this God who thinks you’re perfect, and who loves you just as you are.”

Referring to Gardenview as a “record about gratitude experienced in a time of darkness,” Dawn endlessly journeys into the most shadowy parts of her psyche and uncovers unlikely sources of light, often through sheer force of her incandescent imagination. In the writing of the quietly rumbling “All Bad,” for instance, she confronted her struggle with anxiety-induced insomnia by revisiting a Taoist story of a monk who returns home to find his cave full of demons. “The monk tells the demons to go and they ignore him, so at some point he gives up and has tea with them,” Dawn explains. “One by one they leave except for the most horrific demon of all, but when the monk puts his head into the demon’s mouth as an act of ultimate surrender, the demon finally leaves.”

All throughout Gardenview, Dawn’s sometimes-painful self-reflection meets with the unbridled joy she discovered in the highly collaborative production process. In the recording of the heavy-hearted and lullaby-like “Over the Moon”—a ballad she wrote on baritone ukulele while apart from her husband/Pomplamoose bandmate, Jack Conte—she and her co-producers intensified the song’s otherworldly mood by experimenting with alternate tunings on Garren’s vibraphone and Schroeder’s slide guitar. Meanwhile, on the gently exultant “Danny,” Dawn adorned the chorus with an electric-guitar-like harmonica line courtesy of Garren. “‘Danny’ is about my great-grandmother, a brilliant woman who had so much spirit and wit and would memorize poems and recite them for me,” says Dawn. “Oftentimes her poems were riddles, so to honor her I made the chorus a riddle itself: ‘You’d be surprised that the window/Of opportunity/Is never as wide or so narrow/As you expect it to be.’” And on the humming and luminous “Afternoon Tea,” Dawn takes a cue from Paul McCartney’s more idiosyncratic flights of fancy and delivers an impossibly charming tribute to the tiny pleasures of everyday life. “The electric guitar line feels like it’s straight out of a Beatles record, and then the drums come in like they’ve been thrown down a staircase—I just love it,” says Dawn.

Elsewhere on Gardenview, Dawn reflects on the many ways we sabotage our own happiness (on the country-tinged “Joy”) and celebrates our inestimable potential to lift each other up (on “Follow the Light,” whose central theme she describes as “needing someone to draw you out of your darkness, and recognizing how precious those relationships are”). In creating such an all-embracing body of work, Dawn mined a great deal of inspiration from her daily wanderings around her neighborhood during the pandemic. “I walk to get out of my head, to escape my smallness,” she says. “It’s amazing how much just looking at the sky or seeing another human can do.” When it came time to record, that sense of expansiveness was profoundly amplified through her creative connection with her co-producers and with Crane and Athayde (“Eliana and I both sing and play bass, so we have a similar understanding of the polyphonic intertwining of melodies,” she notes). And at every step of the process, Dawn looked to inimitable forces of nature like Joni Mitchell and Big Thief’s Adrianne Lenker as artistic touchstones. “I’m really grateful to artists who unabashedly put themselves out there,” she says. “It gives me courage to be myself, and it makes the world a braver place.”

Looking back on the making of Gardenview, Dawn points to a 13th century Zen koan she included in the album’s liner notes: “Ten thousand flowers in spring, the moon in autumn, a cool breeze in summer, snow in winter. If your mind isn’t clouded by unnecessary things, this is the best season of your life.” “In a way that was the driving force behind the whole record: the idea of not letting your mind be clouded by unnecessary things, so you can let yourself experience the best season of your life,” she says. “Although of course I can’t choose how people will feel when they listen to this album, I hope it will help them to feel a sense of ease, and I hope they’ll feel accepted and loved.”