This is a calendar for Shore Fire's key releases. For our Best Calendar, featuring key dates for entertainment & sporting events, conferences, and more CLICK HERE 
Major Murphy announce the impending release of their sophomore album ​Access, o​ut April 02 on Winspear. Already pegged as one of Vice Noisey’s ​10 Albums That Will Get You Excited For 2021, Access finds the Grand Rapids, MI-based group summoning an exhilarating, teenage feeling of musical possibility as they navigate the uncertainty of artistic life and Jacob & Jacki’s newfound parenthood while seeking a sense of agency in the new unknown. With a sturdy and poetic architecture housing some of the most inviting, immediate rock music of this young decade, the nine songs on ​Access ​are a crystallization of Jacob Bullard and his band’s burgeoning ambition. 
Julian Saporiti, the musician and historian whose work under the name No-No Boy has been called "an act of revisionist subversion" by NPR, has announced the release of his second album, 1975, out April 2 on Smithsonian Folkways Recordings. The songs, which were recorded as part of Saporiti's Ph.D. dissertation at Brown University, use traditional American folk music sounds to question the concept of the genre, and who and what "counts" in traditionally American folk music. Production-wise, they are informed by Saporiti's desire to "put the sound back into history" via tapes of oral histories, field recordings, and the use of outmoded recording technology. The album's twelve songs are guided by Saporiti's desire to "rethink what we think of as authenticity for popular American music," as filtered through his perspective as a first-generation Vietnamese American who came of age in the folk, country, and indie rock scenes of Nashville.


Legacy Recordings, the catalog division of Sony Music Entertainment, is celebrating the 25th anniversary of Maxwell's Urban Hang Suite with the release of a remastered digital edition of the artist's game-changing debut on Friday, April 2.

The 25th anniversary digital edition of Maxwell's Urban Hang Suite has been remastered for the first time at 24bit Hi-Res Audio with 2021 engineering by Mark Wilder. Saint Disruption/ ‘Rose In The Oblivion’


Improvisational titan John Medeski (Medeski Martin & Wood) and scientist and ceremonial folk healer Jeff Firewalker Schmitt had no idea they’d meet and strike up a friendship when they traveled independently to the heart of the Amazon to work with a shaman healer in 2008. But meet they did, and a collaborative creative relationship was born. Twelve years after that fateful meeting, in the midst of a global pandemic, Medeski and Schmitt felt an urgent need to join forces and make music as Saint Disruption, a spirit-driven, soul-inspired new musical collective led by Medeski and Schmitt. Today, Saint Disruption announces their debut album ‘Rose In The Oblivion,’ a sweeping seven-track opus of probing and political neo-funk featuring contributions from Lyric Jones and Last Poets founder Umar Bin Hassan amongst others. Now, following a tragic accident that severely altered her life but couldn’t dampen her incredible spirit, Merry Clayton — one of the most acclaimed and recognizable voices of all time — finds redemption and strength in the power of gospel music on her new album Beautiful Scars, out April 9th on Motown Gospel/Capitol Records. 
Rhiannon Giddens’ new album They’re Calling Me Home, recorded with Italian multi-instrumentalist Francesco Turrisi, will be released April 9 on Nonesuch Records. Giddens and Turrisi, who both live in Ireland when they aren’t on tour, have been there since March 2020 due to the pandemic. The two expats found themselves drawn to the music of their native and adoptive countries of America, Italy, and Ireland during lockdown. Exploring the emotions brought up by the moment, Giddens and Turrisi decamped to Hellfire, a small studio on a working farm outside of Dublin, to record these songs over six days. The result is They’re Calling Me Home, a twelve-track album that speaks of the longing for the comfort of home as well as the metaphorical “call home” of death, which has been a tragic reality for so many during the COVID-19 crisis. Each track on Dilate Your Heart is a conversation between artists, and today the opening piece - "Catalog of Unabashed Gratitude" - launches JAG25 with music from Bon Iver, words from Ross Gay, and a message of thanks from everyone involved. 
Uneasy, with Tyshawn Sorey and Linda May Han Oh, is Vijay Iyer’s second trio album on ECM and his seventh appearance as a leader on the label. Navigating from one shape-shifting idea to another, he continues to push boundaries from one album to the next. His unique musical approach has gained him many accolades and much praise from the international press, The New York Times summarizing his persona as a “social conscience, multimedia collaborator, system builder, rhapsodist, historical thinker and multicultural gateway.” On Uneasy, he draws on the history of the music while continuing to push it forward. In the course of this endeavour, the political and social turbulences dominating today’s American landscape are reflected in musical contemplation and tense space. In his liner notes, Vijay elaborates on how today “the word ‘uneasy’ feels like a brutal understatement, too mild for cataclysmic times. But maybe, since the word contains its own opposite, it reminds us that the most soothing, healing music is often born of and situated within profound unrest; and conversely, the most turbulent music may contain stillness, coolness, even wisdom.” Self produced by Two Feet with select co-production by John Feldmann (Blink182, Panic! At The Disco), Geoffrey Hufford, and Andrew Luce, and recorded at Mission Sound in Brooklyn, NY, ‘Max Maco Is Dead Right?’ follows its protagonist along a dark and sensual journey through his life, as he navigates his inner turmoils while coming to terms with his human limitations. Through the lens of Maco, Two Feet unearths and contends with his own personal trauma, ultimately coming face to face with himself. 
John Splithoff announces the release of his debut album, All In. Out April 23 on his own Pleasant Lane Music, All In marks the culmination of John Splithoff's near decade-long stretch of highs and lows, victories and defeats underscored by a series of hit singles. From surpassing 100 million streams to breaking the Top 10 at AC radio, headlining tours and playing Bonnaroo and Lollapalooza, Splithoff has paved his own path to indie pop and soul stardom, but on All In he shows how a slow burn can yield the brightest fire. The title track “We Didn’t Have Much” climbs into Top 30 at Country radio and sets the tone for the mix. “She Ain’t Mine No More” and “Hearing Things” are stamped with Moore’s southern drawl and traditional storytelling, and “You Keep Getting Me Drunk” showcases Moore’s incredible vocal range. “Consecutive Days Alive” is a rocking reflective ode to the past, while “More Than Me” is a tender love letter to Moore’s children. And, the title “Straight Outta The Country” is simply a small town anthem. 
Fiery provocateuse Carsie Blanton - a songwriter who “tackles gender and genre expectations through songs that are smart and funny as they are well-constructed” (Rolling Stone) - will release her new album Love & Rage on April 30. The follow-up to her acclaimed 2019 album Buck Up - which NPR’s Fresh Air named its #4 album of the year (right between Billie Eilish and Megan Thee Stallion) - Love & Rage features eleven new, original songs concerned with the stark realities of the past year: the consequences of our politics; the precarity of our economics; and our total reliance on each other. Marianne Faithfull and Warren Ellis/ ‘She Walks In Beauty’/ BMG


On April 30, Marianne Faithfull, with composer and multi-instrumentalist Warren Ellis, will release She Walks in Beauty, one of the most distinctive albums of her long, extraordinary life and career. Recorded around the earliest days of the COVID-19 lockdown — during which the singer herself became infected and almost died of the disease — She Walks in Beauty fulfills Faithfull’s long-held ambition to record a full album of poetry with music, and features musical friends Nick Cave, Brian Eno, cellist Vincent Ségal and producer-engineer Head (PJ Harvey, Thom Yorke). 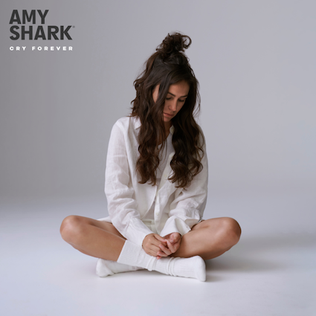